Hijab Or No Hijab, UP Voters March to Their Own Tune

The Hijab controversy, created suddenly for students giving their examinations, was clearly intended to impact the elections in Uttar Pradesh. The thought process of those stoking the controversy is old and dated — the usual, that when people see women in hijabs protesting they will be reminded of the ‘security’ argument, their Islamaphobic sensors will be activated, and they will fall in line with the BJP and UP Chief Minister’s ‘’we will save you from these demons’ propaganda. Perhaps there might still be some enthused enough to feel that way, but interestingly this divisive formula seems to have lost its appeal for UP in these elections.

For two reasons. One, the farmers who have come out in huge numbers to not just demand their rights but also to oppose the communal agenda in words that are not minced. Speaking loudly and clearly the farmers on the streets and in television studios have made it clear that communal division is to divert attention from the real issues of livelihood and development, and that the people are all one and united. Rajesh Tikait in fact has locked horns with the embedded media anchors on this issue, more than once.

And two, because the Muslim voters of Uttar Pradesh showing the wisdom associated with them have refused to fall into the hijab trap. No protests, no statements, no issue really as they focus on development. It is interesting how Muslims spoken to by this reporter in Siddharthnagar, Gorakhpur, Lucknow, Varanasi and Moradabad were clear that they were voting for ‘vikas’. Not a word against the BJP, or on communalism. In fact in a video recorded by Atul Anjum who is doing excellent work on the ground, Muslims he interviewed said that in the last elections they had voted for the BJP because of the promise of ‘vikas’ but this time they were voting against as there had been no development. Thus, the rhetoric and the arguments coming out from the ground in UP match - and there is no visible sign of polarisation.

The BJP has been able to sell the ‘security’ argument fairly successfully through UP. The upper castes and some backwards in particular have bought it, and for the past years have been praising the ruling party for dealing firmly with the law breakers (read Muslims). In fact this has worked better than the temples – in Ayodhya and Mathura, as it has convinced sections of voters that it was best to continue with the support lest the minorities become dominant again.

But it is also true that the card has been squeezed out of shape and has little more to offer. In that the religiosity propaganda has reached its zenith, and there is little to add to it. And now it is being dented substantially by the development campaign of the Opposition with Akhilesh Yadav and Jayant Chaudhry playing heavily on communal harmony, livelihood and development. Muslim mullahs who had been used by the rather silly Opposition in the past for campaigns have gone indoors, and it is the voter with his or her wisdom who has emerged in the lead. Hence the language being spoken on the streets is progressive and secular, with little of victimhood and more of equality.

The BJP has played the divisive card to the hilt with Adityanath’s 80-20 argument being mocked at by Tikait and others. It is unlikely it will get any more mileage on this, as the Opposition leaders are in the fray denouncing this campaign. The Muslim voters, usually as vocal as the Jat voters in UP, is maintaining wise counsel and not beating their chests in support of one or the other party, or for that matter against any party or leader. As such so far, there is little from within UP that the right wing elements can focus on except Asaduddin Owaisi whose election drive has collapsed even before it picked up.

In fact quite the opposition has happened from what some were hoping for. His advent in UP was to cut into the Muslim vote, but instead he has become the hive for the hardline minority leaders in some pockets who have gravitated towards him and his candidates. And left the masses free to cast their vote as they see fit, and they certainly do not see Owaisi as any kind of option. It must be remembered that the Muslims in UP have always rejected regressive politics and voted for the mainstream parties since independence. Before Owaisi the Jamaat used to field candidates, most of whom disappeared into oblivion after the polls.

To what extent the ‘security’ card will work for the BJP is a question. It has been in play for a while now and instead of consolidating further has been punctured very effectively by the farmers movement. Whether more and more others join what is fast becoming a campaign for rights and equality and health and jobs, or stay in the cesspool of phobias and fear remains now to be seen. Early days yet, and paranoia when propagated with finesse not just by the politician but the big media can often be more heady than the black and white of joblessness. 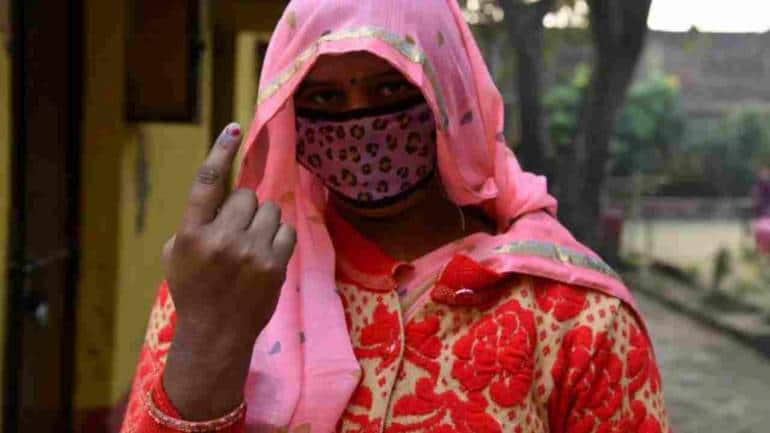