CEC must ensure trust and confidence

Exit polls that television channels seem to live for have been controversial for a long while now. Earlier these were allowed to be aired even as elections were going on, but sense prevailed and the Election Commission stopped all exit polls from going public until the final ballot box had been sealed. This is to prevent voters from being influenced by these opinion polls.

But this time around, because of a vocal opposition, it seems that the exit polls are being used to serve other ends as well. And that the predictions now have become secondary to larger games that the opposition insists, are being played. For instance, the impact on the stock markets was one such consideration that of course could not have amounted to much in this current spate of Assembly elections given the world situation. But as the Samajwadi party leader Akhilesh Yadav and others from the opposition in the poll going states have been saying, the figures that seem to bely the reality on the ground are one, to influence the lakhs of government personnel who are part of the counting bandobast; and two, to create a myth of victory where votes can be tampered without raising eyebrows.

These are interesting observations, and regardless of who wins or loses, raises questions that the Central Election Commission should inquire into and answer. For a while now the tampering of the Electronic Voting Machines had been an issue with activists and political leaders insisting that the EVMs could be remotely managed. The Election Commission tried to allay fears, and its sustained and thorough response to all the doubts being raised, finally managed to overcome this particular charge. Of course the West Bengal Assembly results went a long way too to end this allegation, and now most agree that remote tampering of the electronic voting machines has not taken place.

But now the allegations have moved into the new realm of manipulation, and tampering physically with the machines. Akhilesh Yadav has given substance to his allegations with the video of a truck packed with EVMs being seized by his workers in Varanasi. That no such movement should take place is a given in the Election Commission guidelines, and such is the perception now that there were no takers for the District Magistrate’s rather feeble insistence that these machines were being taken to ‘train’ the personnel who will be counting the votes. This does call for an enquiry by the Election Commission, and a transparent enquiry at that. Democracy does not work well under doubt and suspicion, and part of the EC’s job is to ensure an election that is not just free and fair but also seen to be free and fair.

The very fact that the main opposition leader of Uttar Pradesh was moved to hold a press conference to raise suspicions of tampering should be sufficient to galvanise the EC into action, and through a quick and impartial end transparent enquiry, ensure that counting begins on March 10 in an atmosphere of confidence and trust. Right now the media has stretched nerves and emotions through the day and night telecast of exit polls, as if these are the real results, and belying ground reports in the process. For instance, as Rashtriya Lok Dal leader Jayant Chaudhary has pointed out, if the television anchors are taken at face value with the figures being reeled out by the various pollsters, then the farmers' stir has had no impact in the vote in western UP.

Media has to of course air the news, and exit polls are news. But the hysterical manner in which this is done is shameful, as it violates all tenets of journalism. No matter who is projected as the victor, it is imperative for the news channels to put the polls in a perspective. To one, insist on the model adopted for the survey and share this with the audience, or even to reject a survey if it does not meet conditions necessary for an objective poll; two, to make it clear that these are opinion polls and not the peoples verdict; and three most importantly bring in impartial guests and even representatives from all parties to analyse the figures and discuss these according to information received during the polling from the ground.

None of this happens, and hence the finger pointing. Akhilesh Yadav, for instance, is certain that the ruling party has a figure that it wants to meet through tampering and the exit polls have been so manipulated. Others also in the public domain insist that the polls are to earn money for the channels, and are controlled by those who control the government and the media. Again it is necessary for the CEC to intervene, perhaps set up a good solid inquiry into all these allegations that have acquired a fairly mainstream character over the elections, and through the answers seek to restore the equilibrium of the election process. This is necessary regardless of who is in power, and who wins or loses in the final analysis.

Democracy rests on the people's confidence and trust in the democratic system and the CEC is in position to ensure that the bulwark of democracy, the vote, remains unscathed. 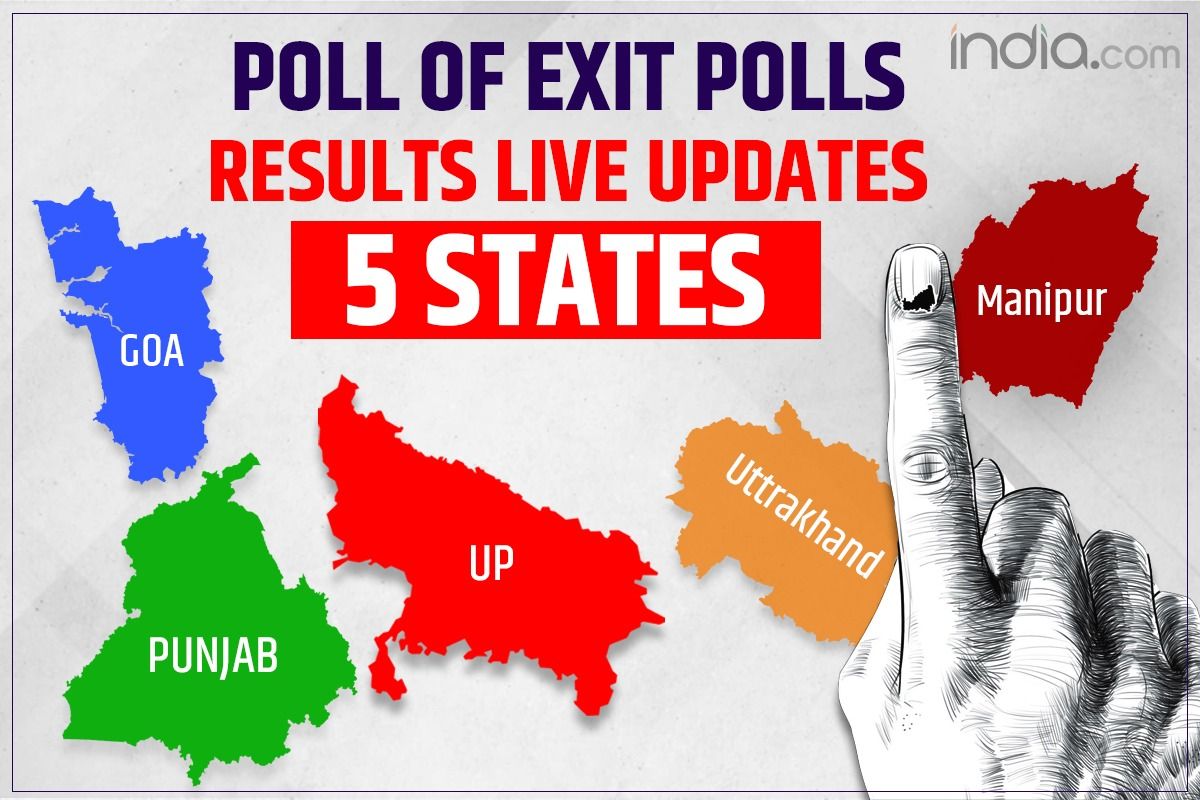