'We have a common agenda, we meet at a common point'

Behind the majority win for the BJP in Manipur, with 32 of 60 seats, the National People’s Party emerged as a strong contender, winning 7 seats or 3 more than it did in the last election in 2017.

From Meghalaya party leader and chief minister Conrad Sangma tweeted: “The performance of NPP in Manipur has increased manifold compared to the 2017 elections. We are delighted that our vote share has increased, indicating that the electorate has shown trust in the NPP ideology to protect the political-socio-economic interests of the NE states.”

The NPP this year presented itself as a regional party that is a reliable option alongside national parties like the BJP and Congress. Sheikh Nurool Hassan, NPP candidate who won from Kshetrigao (Imphal East) told The Citizen that although the NPP had established a trend of running independently in every Assembly election, when it comes to government formation they will always go with the BJP.

“At the time of government formation, we always go with the BJP… that has always been our trend… Why we always go together with BJP is we have a common agenda, we meet at a common point. The common point is the development of entire North East states,” he said.

On the journey of the NPP in Manipur Hassan said, “National People’s Party has always stood for ‘One Voice, One North East’… NPP has a regional outlook, but is a national political party… We believe that the entire North East, the 7+1 states of the North East should come together and stand as one force - that is the stance of NPP.”

He said that as the northeastern states have historically not had a voice on national platforms, “The NPP is trying to find an alternative at the national level, for the voice of the North East people.”

Speaking of his own constituency, Hassan said the basic amenities there are still very “primitive,” and his goal is to bring about a change in five main issues: transport and communication, irrigation and alternative employment, the health sector, education and finally sports and games.

Asked why the NPP does not campaign in alliance with the BJP in assembly elections, Hassan said the prospect of the NPP and BJP running together in assembly elections can only be determined in future, since the NPP wants to popularise their own status as a national political party without committing to coalitions just yet.

What can the NPP expect to look forward to in future elections? “It all depends on the circumstances - what are the driving forces at that point of time. So it is too early to project or predict or say anything about the 2027 assembly elections.” 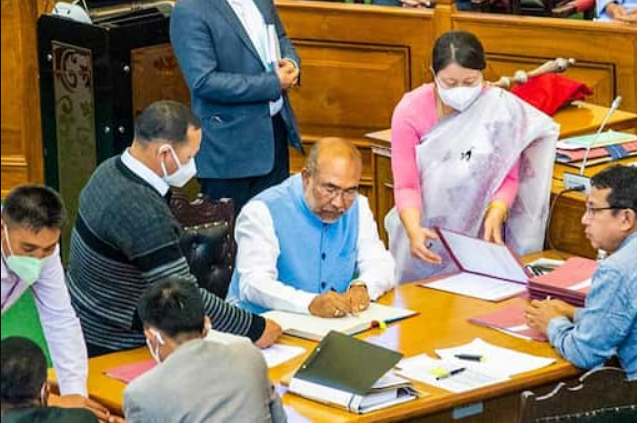