A group of seven journalists amongst the many who were present to report the Hindu Mahapanchayat led by Yati Narasinghanand in Burari, NCR on Sunday, April 3 were reportedly harassed and assaulted by a mob of attendees and volunteers.

The organisers had allegedly been denied permission to conduct the event by the Delhi Police and Delhi Development Authority. They did so anyway, under police supervision.

The journalists told The Citizen that the harassment started during the stage show itself, while the speeches were underway.

While Shivangi Saxena and Rounak Bhat of Newslaundry were recording the speeches, Saxena was singled out by the speakers, one of whom named Preet Singh even identified her by name, recalling her coverage of the calls for mass murder of Muslim Indians made at Jantar Mantar last August.

Saxena told The Citizen that ever since she arrived at the event she could feel people whispering, staring and pointing in her direction. The speakers Uttam Upadhyay and Preet Singh made a show of folding their hands and greeting her from the stage. Afterwards Saxena and Bhat decided to move away from the stage area to collect a few bytes and leave the venue, fearing for their safety.

Meanwhile, journalists Meer Faisal, Arbab Ali and Md Meherban were also in the process of collecting interviews after the speeches. Faisal, 21 years old, is a reporter for The Hindustan Gazette, Arbab Ali was on assignment for Article 14, and Meherban was covering the event as an independent photojournalist.

Faisal recalls how they interviewed Suresh Chavhanke and some organisers and volunteers. Shortly into the interview, “They asked me my name… they then got agitated, before that everything was fine… As soon as they heard my name, they started calling me ‘jihadi’ [a racial slur] and saying that I was there with some other motive. That I was there with an agenda and trying to make them say objectionable things by asking questions.”

Arbab Ali who was standing behind him with a camera too got dragged into the questioning. “They demanded our phones and cameras, and we even tried to show them the videos we had taken, as proof that we had not asked any biased questions. They took our phones and cameras away and said they would return it to us when we leave,” said Faisal.

They were asked to show their IDs. As a new recruit at The Hindustan Gazette, he did not have a physical ID and showed them his credentials on the phone. Ali as a freelancer for Article 14 was able to show his previous work credentials on his YouTube channel. “But they did not accept it,” said Faisal.

“They began to push and pull me and manhandle me… I got hit on the head in front of the police. The police then came and tried to defuse the situation and escort us away.” Faisal also heard members of the crowd say that they should beat up the journalists then and there before the cops arrived.

Asked how long the physical attack lasted he said, “It was not very long. Three to four minutes perhaps. They kept verbally abusing us and hitting us intermittently.”

Meherban, who saw the incident play out, started trying to get help as soon as he sensed that the situation was turning violent. He contacted Meghnad Bose from The Quint, and went to call Saxena and Bhat as well.

“He came running to us and told us that some journalists were getting harrassed, so we also rushed there to see the situation,” Saxena recalls. As Meherban was running back to the area of the compound where his fellow journalists were being escorted by the police, some of the crowd attacked him, hitting him on the back of the head with a steel bottle.

“They stopped me and asked for my ID. I was afraid that if I showed it to them they would beat me too, so I said, ‘Take me to the police and I’ll show it there.’ But they attacked me then. They hit me on the head with a steel bottle and pulled my hand very roughly. It was very painful. Somehow I got out of there and went to the police van,” says Meherban.

Saxena and Bhat on arriving at the scene began trying to film the scuffle. They were both manhandled for this. “When we got there, there were about 15 men surrounding the journalists, and Meherban was being hit,” says Saxena.

Someone tried to stop her from recording the event. “He grabbed my hand and pulled it down to stop me from recording. The people in the mob started calling us fake reporters and saying that we were there with other motives. I don’t know how they set this narrative.”

Saxena’s colleague Bhat was then pulled into the scuffle. When she kept trying to record, she said, four men dragged her back a few steps and tried to snatch her phone away. “By this time, they had already taken Raunak’s Press ID away, dropped his spectacles and his camera equipment.”

“The PCR van was standing right there!” she added. “The police took Faisal and Meherban and Ali in the van, and took me and Rounak aside, since the mob had snatched away his ID card, amidst the scuffle.”

They arrived at the police station close to 2 pm on April 3 and were only able to leave for their homes around 2 am. In these twelve hours they gave their statements and filed two FIRs. 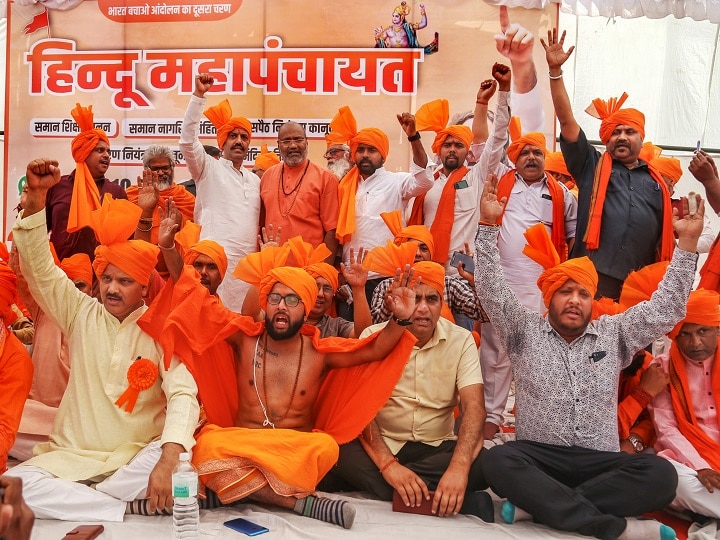