‘They get strength from making trouble’

Dormant fires are best left alone as stoking them often has disastrous results. But the Union government seems to be doing just this in the case of Punjab. New Delhi’s recent moves have stoked emotive federal issues that were lying dormant for several years.

The result has been on the expected lines in Punjab, with political forces barring the Bharatiya Janata Party standing up in unison to condemn the moves. Federal sentiment has always been high in this border state, where Sikhs who are a minority religion nationwide are in the majority in the state’s demographic setup.

But the buildup continues with Haryana too jumping in. The contentious issue of Chandigarh being handed over to Punjab as its capital has once again been raised after lying dormant for almost three and a half decades. Haryana too has laid stakes to the capital, once again on expected lines.

What triggered this was the recently reported announcement by Union home minister Amit Shah that Chandigarh administration employees would now be governed by central civil service rules instead of Punjab service rules.

The announcement came during Shah’s visit to Chandigarh in the last week of March where he said that the new system would come into effect from April.

Punjabis see the move as a dilution of their claim on Chandigarh which happens to be the joint capital of Punjab and Haryana besides being a union territory. They recall how the transfer of this city following the accord signed by former prime minister Rajiv Gandhi and Harchand Singh Longowal, president of the Shiromani Akali Dal at the height of the Punjab insurgency, was stalled at the last moment in 1986.

Punjabis also recall the agitation for claiming the city led by Akalis since the late 1960s, when the famous slogan was ‘khilda ful gulab da, Chandigarh Punjab the da’ (As the rose blooms, Chandigarh belongs to Punjab). They claim that Chandigarh was originally developed to be the capital of the state. It was only when Haryana was carved out of Punjab in 1966 that it too staked claim to the city, and New Delhi at the time came up with the solution of making it the joint capital of two states while also making it a union territory.

Shah’s announcement followed another Union government move that came during the build up to the recent Punjab polls, wherein it made an amendment to the Bhakra Beas Management Board rules that govern the appointment of the Member Power and Member Irrigation from Punjab and Haryana respectively. It reportedly removed the condition that these two officers need to be from these two states only. That move has also drawn strong reactions in Punjab.

Observers say that the issue is not just about a change in service rules or BBMB representation, but is sending signals on the federal setup where states have a say in Union-State relations. They refer to the Constitution saying the “centre” must acknowledge and understand that India is a Union of States.

Giving a perspective on the issue, former deputy speaker of the Punjab assembly Bir Devinder Singh told this reporter, “It is nothing but manifestation of consolidation of majoritarian mindset. They want to give an impression to all those minus minorities that our consolidation can keep the country intact and strong actions can suppress others who speak out. All this is being done keeping in mind 2024 polls.”

Doesn’t stoking such fires lead to trouble? “They get strength from trouble, and you have issues like Shamshan-Kabristan coming into the narrative. It is the majoritarian consolidation mindset at work,” said Singh, referring to cremation grounds and graveyards.

Many observers see the recent developments as a ploy to counter the bonhomie between the people of the two states made possible by the farmers’ movement against the three controversial farm laws last year that New Delhi eventually had to withdraw.

Political observers also see a move to counter the Aam Aadmi Party that recently came to power in Punjab and is all set to enter the political arena in both Himachal Pradesh and Haryana. They say it will be a litmus test for AAP as to what stand its various state units take on controversial issues like Chandigarh and the sharing of river waters.

The house also asked the Indian government to honour the principles of federalism enshrined in the Constitution and not take any steps to disturb the balance in the administration of Chandigarh and that of other common assets like the BBMB.

Pathankot MLA and BJP state president Ashwani Sharma vehemently opposed the resolution while taking part in the deliberations and subsequently walked out of the assembly.

Winding up the discussion after taking into consideration the points raised by the treasury and opposition benches during the one-day special sitting of the first session of 16th Punjab Vidhan Sabha, Bhagwant Mann said his government would exploit all channels by seeking a prior appointment from Prime Minister Narendra Modi and Home Minister Amit Shah to mount pressure on the Union government in order to take their fight for legitimate rights of Punjab to its logical end.

Mann asked for the wholehearted support and cooperation of all the Punjab parties, cutting across political affiliations, as the issue is quite sensitive and of immense emotional and social significance.

Attacking the BJP led Union government, he said its leadership was bent on vendetta politics in general and especially in states like Punjab, New Delhi, West Bengal where its leadership has miserably failed to get the people’s mandate to form government.

Referring to the “apathetic and stepmotherly treatment” meted to Punjab by New Delhi, Mann recalled how terrorists had attacked the Pathankot airbase in 2016 and the State police force accompanied by Union security forces valiantly fought back without a care for their personal safety.

To his utter surprise, said Mann, the Centre raised a bill of Rs 7.50 crore for providing central security forces to the state in this regard. He said the bill was finally waived with the personal intervention of Rajnath Singh, then union home minister, after Mann met him as MP along with fellow MP Sadhu Singh.

Mann said, “It is highly paradoxical that the border state which is facing the brunt of terrorism is also made to pay hefty amount on account of its security… Don’t you consider Punjab as a part of the country?”

Besides supporting the resolution, leaders from other parties have raised the pitch in the Union Parliament as well.

On Tuesday the Haryana government too called a special session of the state assembly to unanimously echo the state’s claim to Chandigarh.

The resolution moved by Haryana Chief Minister Manohar Lal Khattar for the rights of Haryana on Chandigarh passed unanimously with all the MLAs also condemning the resolution passed by Punjab.

Khattar said Haryana had a right on Chandigarh and it would definitely get its legitimate share of Satluj Yamuna Link water. He also raised the issue of Hindi-speaking villages which had been included in Punjab.

He said that membership of Haryana and Punjab in the Bhakra Beas Management Board should remain as before and that he had already written to the centre in this regard.

Khattar also expressed concern over the declining share of officers being sent on deputation from the Haryana government to the Chandigarh administration over the years.

The Haryana assembly urged the Union government not to take any steps that would disturb the existing balance and maintain harmony till all the issues emanating from the reorganization of Punjab are settled.

Deputy Chief Minister Dushyant Chautala said that the number of members of Haryana in the BBMB should be kept as before. He also talked about sharing the Vidhan Sabha building on a 40:60 basis.

Meanwhile, noises have reportedly started emanating from Himachal Pradesh as well on its claim to Chandigarh, as this state also contains areas carved out of Punjab during the first reorganization of states.

The BJP is in government in both Himachal Pradesh and Haryana. 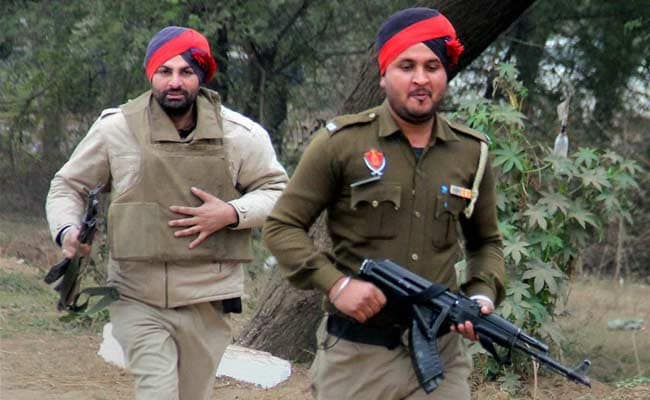