25 cops were sent with 9 persons for medical examination

Two journalists were among the group of 9, who were arrested by the police during a protest on April 2. One of the journalists, Kanishk Tiwari has shared his experience of how the detainees from the protest were stripped, beaten and humiliated at the Sidhi district Police Station in Madhya Pradesh.

Tiwari is a stringer for News Nation and has been running a successful YouTube channel called mpsandesh24, where he has been reporting local news since early 2018.

Tiwari and his cameraman were covering a protest that had been convened on April 2 - the protest was against the arrest of a local theatre artist, who had been accused of using a fake Facebook profile. The protest had a strength of about 40 people, and included the theatre artist’s 60 year old father amongst other family members.

Tiwari said that the cops got angry when he repeated a question from the artist's family, as to why the young man with no criminal record is facing jail time. “I have been covering local news for a long time, and often I have come out with verified news that has been considered anti-establishment or against the police. So I assume the police thought I was a protestor too, and this was a good opportunity to silence me,” he said.

Tiwari and his cameraman Aditya Singh Bhadoria were reportedly arrested along with 7 other protestors at around 9 pm on April 2. Those arrested were allegedly abused, beaten, harassed and stripped at the police station. They were kept at the police station for 18 hours, after which they were released at around 6pm on April 3, following a medical check up, Tiwari said. During these 18 hours they were deprived of food and basic amenities - “They were not treating us like humans, we have been treated like animals… My only fault was that I tried to report the truth. I cannot say much else except offer my work as proof,” he added.

“We were only released after the medical check up when we did not utter a word about the abuse we faced at the station - they made sure of that,” Tiwari added.

Tiwari said that the SHO at the Sidhi Kotwali police station, Manoj Soni,told him, “We have a 1000 people against us, this will only add ten more to the list.” Tiwari said he was told amidst the abuse at the Police Station that should he continue to report news against the police and the establishment, they will not stop at parading him naked in the police station, but would go parade him through the entire city.

The journalists’ appeal to the SP for a second medical check up has not yet received a response.

“Journalists are supposed to be a mirror to society. While I do not blame any particular news channel, the well known ones only cover news in big cities like Delhi and Bombay - but they are not able to show the truth about small cities like our’s. This is where freelancers like myself step in, to show the truth. And yet, when we face such insults and abuse, hardly anyone stands up for us,” Tiwari said. 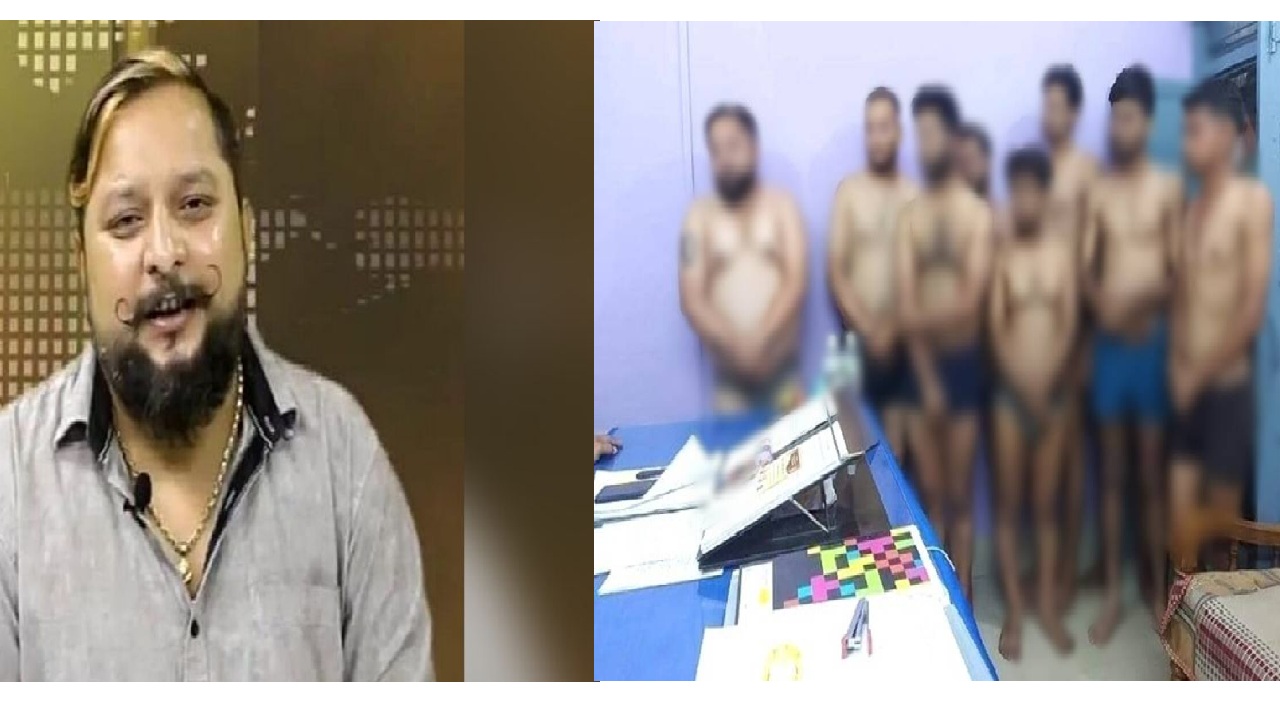