Bulldozers on the Rampage in Khargone

Multiple instances of violence and discrimination have followed the communal clash that broke out in Khargone, Madhya Pradesh on April 10, on the occasion of Ram Navami at around 5 PM. The incident reportedly left 24 civilians and six policemen injured, including the Khargone SP Siddharth Chaudhury.

Several vehicles and houses were also set on fire amidst the violence.

The string of incidents prompted a curfew to be imposed in three areas and Section 144 of the CrPC to be put into effect in the entire city. Along with the curfew, 8th standard exams, and graduate and post-graduate exams have also been postponed.

Provocative slogans and stone pelting at Talab chowk provided the excuse for large scale violence that spread to other districts in Khargone. Violence was also reported from the neighbouring town Sendhwa with the police claiming to have arrested 100 persons. The government stepped in with bulldozers to raze down the shops and homes of minorities in Khargone, adding to the turmoil.

Madhya Pradesh CM Shivraj Singh Chouhan declared that once the perpetrators are identified, strict action will be taken against them and cost of damages to private and public property will also be extracted from these individuals.

“We will demolish the houses of the rioters into rubble. We will not let the peace and order of Madhya Pradesh deteriorate,” tweeted MP Home Minister Narottam Mishra. Videos of bulldozers pulling down shops and tenements went viral on social media.

A day following the incident on Sunday, many shops and houses, all owned by Muslims, were demolished with bulldozers on government orders. There have been several reports of police engaging in violent behaviour or standing by in volatile situations, following the initial incident on April 10. Grief and terror swamped the area.

Former CM of Madhya Pradesh, Digvijay Singh tweeted a photograph with questions on the communal violence that took place in Khargone. The photograph turned out to be fake, and a FIR was lodged against Singh by the police, stating that he had made that tweet in an attempt to incite communal discontent within the population. Former CM Singh admitted the error and deleted the fake picture even as he said that his questions to the establishment demanded answers.

Saket Gokhale, spokesperson of All India Trinamool Congress in a tweet revealed that he has issued a notice to Anugraha P the Collector of Khargone, asking for an explanation as to why homes of Muslims were being demolished on the orders of the government.

A delegation of Islamic clerics in Bhopal met the DGP and said that participants of Ram Navami processions in Sendhwa and Khargone hoisted saffron flags on mosques and raised objectionable slogans, which led to violence. They said despite this, Muslims were being targeted and blamed for the clashes.

The MP Congress has said that the five member fact finding committee will submit its report to MP Congress chief and leader of the Opposition Kamal Nath. 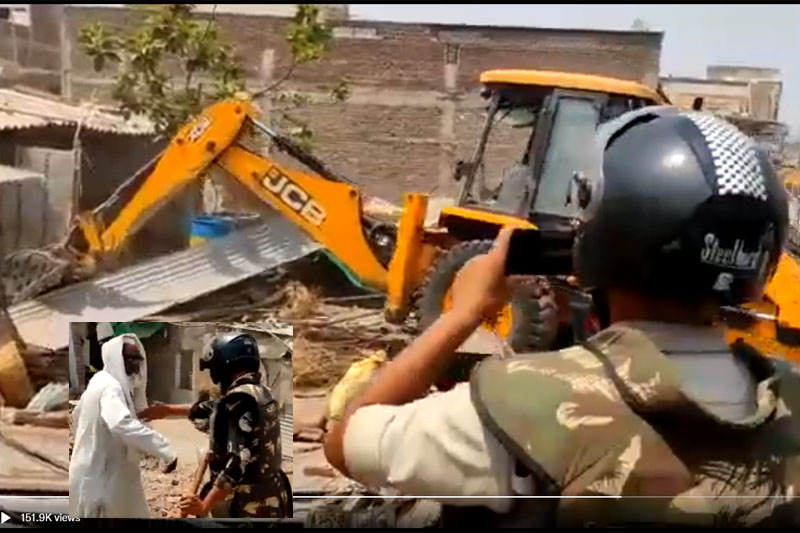