'Dear Mr Asthana, Who Is Responsible For the Jehangirpuri Violence?'

Letter to the Police Commissioner, Delhi

Note: Brinda Karat, member Politburo Communisit Party of India (Marxist) and K.M.Tiwari, Secretary, Delhi State Committee of CPI-M write to the Delhi Police Commissioner Rakesh Asthana on the Jehangirpuri violence in the national capital. Full text of the letter is as below:

We are writing to you in connection with the role of the police in the wholly avoidable incidents of violence of a communal nature that occurred in Jehangirpuri on April 16th. Video evidence aired on several TV channels along with eye witness reports to our fact finding team are conclusive evidence that the procession taken out by members of the youth wing of the Bajrang Dal was armed with several men carrying naked swords, lathis and also shockingly firearms. These weapons were openly flaunted and brandished during the procession.

The police have stated that the procession had police permission. Did the police give permission to carry arms? In fact the processionists who carried arms had clearly violated the Arms Act which has stringent provisions of imprisonment for such violations. From your statement to the media, it is unclear whether you have identified the persons in the processions who were carrying arms and if so whether they have been arrested under the relevant provisions of law including the Arms Act. It is also unclear from your statement whether there is any investigation into the role of the police.

Who is accountable for allowing an armed procession to stop in front of a mosque shouting provocative and aggressive slogans at the exact time when the prayers to break the Roza fast were scheduled to begin? Such deliberate acts of omission and commission by the police have directly resulted in the ensuing incidents.

It is most unfortunate that some police personnel suffered injuries during the course of duty. However it must be stated that if senior officers of the range had ensured due diligence before giving permission for the procession, if adequate police arrangements had been made, if action had been taken against weapon carrying processionists, if the procession had not been allowed to stop in front of the mosque – the incidents would not have taken place. It should be noted that there have never been incidents of a communal nature in this area earlier. Two communities have lived together in harmony. This is further evidence that the events were manufactured by outsiders in the procession in the name of shobha yatra.

We also have information that male policemen raiding houses in C block at night manhandled and beat women. This is against all norms and rules laid down which forbid male police personnel to touch a woman. Further, on the 17th when our members along with others had met the Addl DCP Shri Kishen Kumar in the Jehangirpuri PS, they were shocked to find that leaders of the BJP were holding a press conference within the compound of the thana. This is highly irregular and strengthens the apprehension of an entirely partisan and biased police role in the present case.

This letter is to appeal to you to take action against the police personnel (1) who allowed the procession to carry weapons (2) who were responsible for lack of adequate arrangements (3) who permitted the procession to stop in front of the mosque (4) who are conducting a one sided biased investigation. You have stated that people from both communities have been arrested. We stand for the arrest and punishment of all those guilty. However the overwhelming majority of arrests are from the minority community whereas the course of events shows that the main provocations and planning for the incidents was done by the organisation which held the procession, an affiliate of the Bajrang Dal as stated by the police.

The Crime Branch to whom the investigation has been handed over is under the overall jurisdiction of the very police force which in the case of the Jehangirpuri incident is responsible. It is for this reason that the CPI(M) has demanded a time bound judicial inquiry/an impartial investigation. In the meanwhile, we request you to take action against the police responsible. 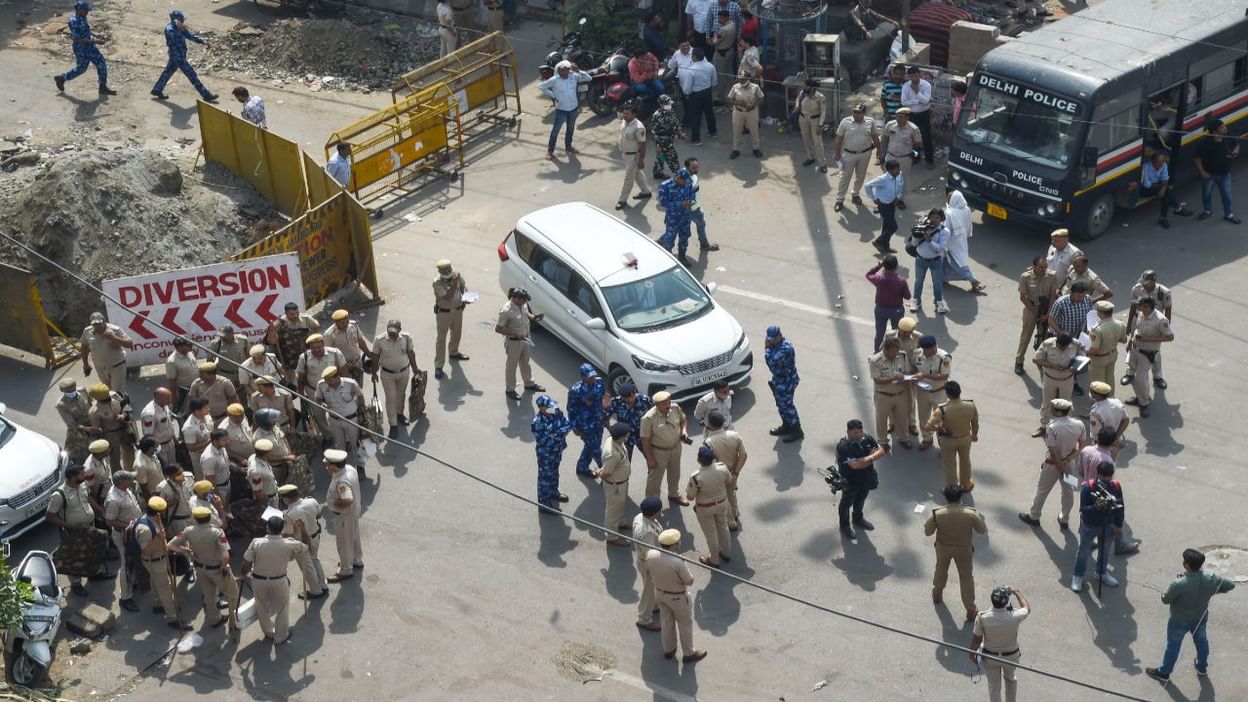