Lucknow Gup: Where is the Opposition in this Vibrant Democracy of Ours?

People are deprived of homes, of a livelihood

Has the Opposition forgotten that freedom dies when constructive criticism ends, and that democracy with an invisible opposition is dangerous?

Put that hand on your heart, look the citizen in the eye and say that you the Opposition are performing your essential role as the conscience keeper of the country, or not?

People are deprived of homes, of a livelihood. Their existence is threatened by a bulldozer. Has the Opposition nothing to say? What does the Samajwadi Party, Lucknow’s main Opposition Party think its role is? Does the SP think that the only role it must play today is that of a government-in-waiting?

So many questions and the only answer from SP chief Akhilesh Yadav is silence.

The SP was in power between 2012 and 2017. Critics complain that Akhilesh Yadav behaves as if he continues to be the chief minister of Uttar Pradesh. He likes to tweet, but he is seldom seen at the grassroots, holding the hand of those who vote for him and those who need him most when they are in trouble.

Uncle and strongman Shivpal Yadav continues to hobnob with the BJP. Another senior SP leader Azam Khan’s spokesperson goes public with criticism of the way Akhilesh Yadav is steering the SP. The ruling party threatens to bull doze the home and hearth of Indians. Muslim members are fleeing the SP.

And what does Akhilesh Yadav have to say about the chaos and confusion raging within the SP, and outside?

When the media bumps into Akhilesh Yadav by chance and wants to know what is going on, the SP chief invariably replies that at the moment he has nothing to say about any of these matters. If the SP does not talk about matters important to people like rising price of essential commodities, lack of health care and education, unemployment, security concerns of women and old age care how is the voter expected to stand by political leaders?

Civil society can only do that much and no more. Civil society activists can supplement but cannot supplant political parties. The cardinal role of the Opposition political party remains to check abuses in the public office. It is to lead, and to sustain the struggle for good governance and to promote human rights.

The latest shocker is from the Jagatpur area of Raebareli, once a Congress stronghold. A Dalit boy has been beaten badly in the area and forced to lick the feet of his tormentors.

The police have arrested eight people for beating up the boy in a garden. A student of class 10, the boy lives with a widowed mother who has not been paid for working in the home of one of the accused. However it is still not clear why the Dalit boy was lured into an empty space away from the city and tortured.

A video of the same incident is now viral on social media. It shows the boy sitting on the ground with his hands on his ears. The bullies, allegedly belonging to an Upper caste are perched on motorcycles as they mock the victim who shakes in fear.

The Citizen is told that local lawmaker Manoj Kumar Pandey got the SP chief to finally meet the Dalit boy. On behalf of the SP, the boy has been gifted a cheque of rupees one lakh and Rs 21,000 in cash.


Rising Price is a Witch Also worthy of praise is the SP worker who has picked up the megaphone to sing his way through his neighbourhood with a Bollywood song against inflation and high prices of food.

Proud of his cadre, the SP chief tweeted that his party will use the loudspeaker to talk about social issues like increasing incidents of crime, inflation and unemployment. Along with the tweet, a video of Ravikant Vishwakarma has been posted on social media where the SP worker raised his voice against the gravity of issues faced by the public.

The SP worker pointed out that the main problems in the country are inflation, unemployment, education, health and security. Loudspeakers used for azaan and aarti are not matters of life and death. By discussing non issues like loudspeakers, the attempt is to shift the focus away from people’s real needs which have not been fulfilled.

The SP worker has installed loudspeakers on the terrace of his home and plays the song full blast from the 2010 film Peepli Live that is a wail about rising prices of food:

After all inflation in the country last month mounted to a high of 6.95 per cent, up from 6.07 per cent in February 2022. This is mainly due to rising food, and oil prices.

Instead of tackling these life threatening issues, the RSS student wing Akhil Bharatiya Vidyarthi Parishad organised a campaign to stop azaan or call to prayer over loudspeakers at mosques in Aligarh. Permission is also sought by the ABVP to play prayers for the Hindu God Hanuman on loudspeakers installed at 21 prominent intersections. 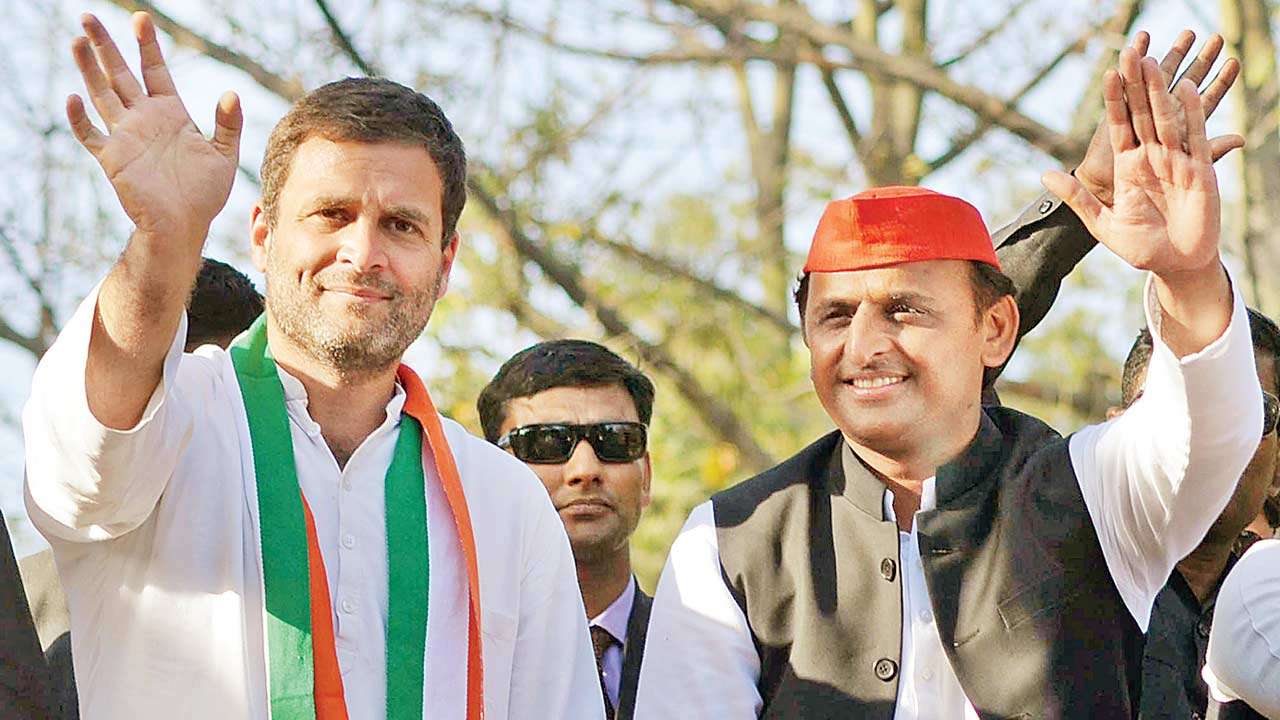