The Army encourages respect for all religions

Few days ago, there surfaced a tweet critical of an Iftar gathering with the local population that one of the Army units had organised in Doda, Jammu and Kashmir. By the way such activities are regularly carried out by the Army as part of its counter-insurgency campaign. The said critical tweet was in form of a comment, describing the event as, ‘a kind of disease that has crept in the Army too’, or words to that effect. This tweet by a journalist who seemingly has a considerable following was distasteful and insensitive, to say the least.

Being a cantonment kid or an Army brat, as we are known colloquially, I felt it pertinent to pen down my views on this. I very proudly have grown up amidst the second family that the Army has provided me with; my father being a serving officer from the Infantry for the last three decades. My views of course are based on what I have seen, experienced and inferred from rich interactions with my father. More recently, my exchanges with him were in the context of the recent unfortunate tweet.

Given a progressive family background and my father being a student of history prior to his induction into the Army, his motivation to join came from the secular ethos that the armed forces live in, as tradition. And mentioning secularism, I am referring to the ‘audible secularism’ of ours wherein all religions and faith are accepted, not just tolerated.

This is contrary to the western ‘aggressive secularism’ that recognises no religion and rubs on the wrong side of community sentiments via bans and embargo. My father opted for a honourable service, for this very secularism. A secularism where soldiering was the prime mover and stakeholders as part of an outfit adopt each other’s religion, with mutual respect and acceptance.

The battalion that my father was commissioned to and I was born in, comprised ten percent muslim soldiers. As a routine, each Monday evening there was a ‘mandir parade’ and each Friday was marked by a ‘masjid parade’.

During the peace postings of the unit, we too used to attend such gatherings where participation was irrespective of one’s faith and a healthy turnout was taken to be an indicator of levels of morale of the unit.

A muslim soldier participating in Bhajans and a hindu soldier enjoying sewaiyan (sweetened vermicelli dish) after Dhuhr (noon prayer) was something very natural and attracted no particular attention. Similar used to be the participation in each other's festivities like Eid, Dussehra, Deepawali, Ganesh Chaturthi etc.

With a muslim presence in the battalion, it was a given that non-vegetarian cooked in the cook houses (langars as referred to by soldiers) was ‘halal’ as per their religious mandate. Most importantly, as part of the regimental practice, the broader shouldered majority accepts and respects the sentiments of the minority without being tutored to do so.

The standard infrastructure in the army is to house a mandir, masjid, gurudwara, church etc depending upon the composition of the unit in a common building called ‘dharma-sthal’.

A military unit can not afford to have divisions of any sorts, be it social or religious. The uniform that the soldiers don and the flag that they salute to, gives them the requisite commonality of purpose to enable them overcome the trying service conditions of all sorts. I am told that in combat, deepest possible bondings are mandatory that commence from covering each other in face of enemy bullets.

In the context of Iftar that drew the unfortunate tweet, army units organise such events in conjunction with the civil populace in the areas of deployment to counter insurgencies. Being a people’s army operating in such an environment, the local population is considered to be the centre of gravity and bonding with them is an imperative for normalcy. This culture of inclusivity and sensitivity that manifests itself in events like iftar has its genesis in the intrinsic thought process vis a vis religion that the soldiers hold.

At the cost of sounding alarmist, such an insensitive comment on the social media and traction that it acquires thereafter, has the potential of damaging the intra-organisational social fibre of military units with grave consequences for us. I hope and pray that I am wrong.

Sakshi Ranjan, Advocate and daughter of a serving Army Officer 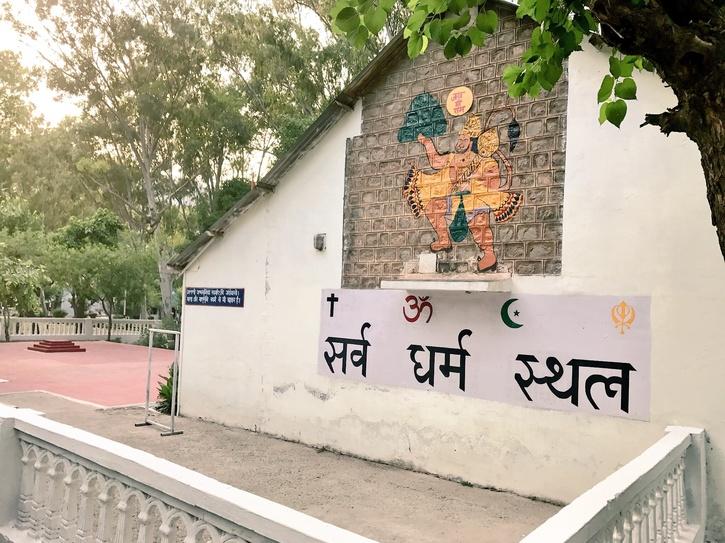