A day of protests and rallies

The Indigenous belt in poll bound Gujarat that stretches from Ambaji in the north to Umargam in the south has been buzzing with activity both political and social. Parties eyeing the precious 27 seats here have started making overtures to voters while also making other moves.

Among people the movement against the Par-Tapi-Narmada interlinking project continues unabated in the Adivasi areas of south Gujarat. Although the government has paused the project aimed at diverting the “surplus water” of these rivers flowing in the Western Ghats to water scarce areas in Saurashtra and Kutch, Indigenous Gujaratis are demanding the project be scrapped outright.

They are also airing their opposition to several other infrastructure projects proposed in the area, including a “corridor” from the giant statue of Sardar Patel to Saputara, and a leopard safari and other tourism projects in the area. They think this model of development will mean large scale displacement of Adivasis besides taking a toll on their land and resource rights, livelihood and culture.

Meanwhile, Tuesday saw Congress leader Rahul Gandhi addressing a well attended rally in Dahod which he termed the beginning of a ‘Satyagrah Andolan’.

It needs to be pointed out that the eastern Indigenous dominated stretch has traditionally been a Congress stronghold. It was only in the last two decades that the Bharatiya Janata Party managed to make some inroads in this region. The BJP state government has introduced programmes here like the ‘Van Bandhu Kalyan Yojana’.

Some Adivasi areas in central Gujarat, mainly Panchmahals, Dahod, Limkheda etc. had witnessed large scale violence against Muslims in the pogrom that followed the Godhra train burning episode on February 27, 2002 in which 58 Hindu passengers were killed.

The Congress has managed to retain its grip on the belt. It won 15 of the 27 assembly seats in the last assembly polls. The BJP had won nine while two were won by the Bharatiya Tribal Party and one by an independent.

On Tuesday Rahul Gandhi voiced a strong attack against the BJP and also its embedded media while accusing the saffron party in office at the Centre as well as Gujarat of being responsible for bringing two Indias into existence, one for the rich and powerful and another for everyone else.

“Today we have two Indias. One that belongs to the rich, billionaires and bureaucrats who have power, money and arrogance and the other India is that of common people and citizens. This was first tried out in Gujarat and is now being implemented across India,” he said.

By contrast he said the Congress wants one India where everyone has equal opportunity, respect, and access to education and healthcare. He reminded Indigenous people that their wealth defined in terms of jal, jangal and zameen (water, forests and land) does not belong to industrialists but to them alone, yet they do not derive any benefits from this wealth of resources.

He reminded the audience of the pro-people laws brought about by Congress-led governments at the Centre like the Panchayats (Extension to Scheduled Areas) Act, the Mahatma Gandhi National Rural Employment Guarantee Act, and the Land Acquisition Act which requires the government to pay four times the market price of land as compensation for land acquired for public projects.

He attacked the Modi government for deriding the rural employment guarantee, and its questionable decisions like demonetization, the poorly timed and executed goods and services tax, its mishandling of the Covid19 crisis and its resorting to large scale privatization that deprives most people of benefits while a few business houses make money.

The impressive Congress rally came just a few weeks after Modi’s visit to Dahod, where at a public rally he declared developmental works worth Rs 22,000 crore for the area, including an electric locomotive workshop.

Meanwhile, the Aam Aadmi Party which is trying to get a foothold in Gujarat too is trying to tap into the eastern Adivasi belt. In his recent visit to Bharuch, AAP national convenor and Delhi chief minister Arvind Kejriwal announced his party’s alliance with the Bharatiya Tribal Party as he went around marketing the Delhi model of public healthcare and education.

Tuesday also saw the Scheduled Tribes Morcha of the BJP hold a meeting near Patel’s Statue of Unity in Kevadia to draw up a strategy for the forthcoming polls. Last time round the party won 99 seats of 182 to the Congress’s 77.

Also on Tuesday, a parallel event was underway in Ahwa, administrative headquarters of the Dang district, organized by the Adivasi Astitva Bachao Sanyukta Sangharsh Samiti. This was a well attended public meeting, tenth in a series of meetings to oppose the Par-Tapi-Narmada river link and other proposed tourism development projects in southern Gujarat.

The venue in Ahwa reverberated with cries of ‘Johar Jai Adivasi’ and slogans like ‘Nadi se hamara kya naata hai, Nadi hamari maata hai’ (What is our relation with the river? The river is our mother). Among those who addressed the gathering was Congress MLA Anantkumar Patel who is among those spearheading the campaign against the proposed projects. He chose to be at Ahwa instead of Dahod where Rahul Gandhi was speaking.

Reiterating his demand for a white paper on the river interlinking project Patel said, “The Adivasi contribution in development of Gujarat cannot be ignored. This is a matter of rights and justice for the Adivasis.”

He exhorted Indigenous people to pass resolutions in the gram sabhas that those acting against the interests of Adivasis and the Constitution should not be allowed inside the villages. He said the next protest rally would be held on his home turf of Vansda on May 27.

Laxman Bagul, who is among the organizers of the series of protests said, “The proposed tourism corridor from Statue of Unity to Saputara will result in a slew of hotels, restaurants, amusement facilities for which the Tribals will be losing their lands and livelihood while getting displaced. The same is the case with the proposed safaris.”

Social activist Anand Mazgaonkar who attended the event at Ahwa said, “The Tribals are not fools that they cannot see through things. They have seen what has happened in the case of the Statue of Unity at Kevadia. It is a model of socialization of cost and privatization of profits where a landowner gets evicted from his or her own land.”

Clearly all this unrest is bound to have political implications as well. 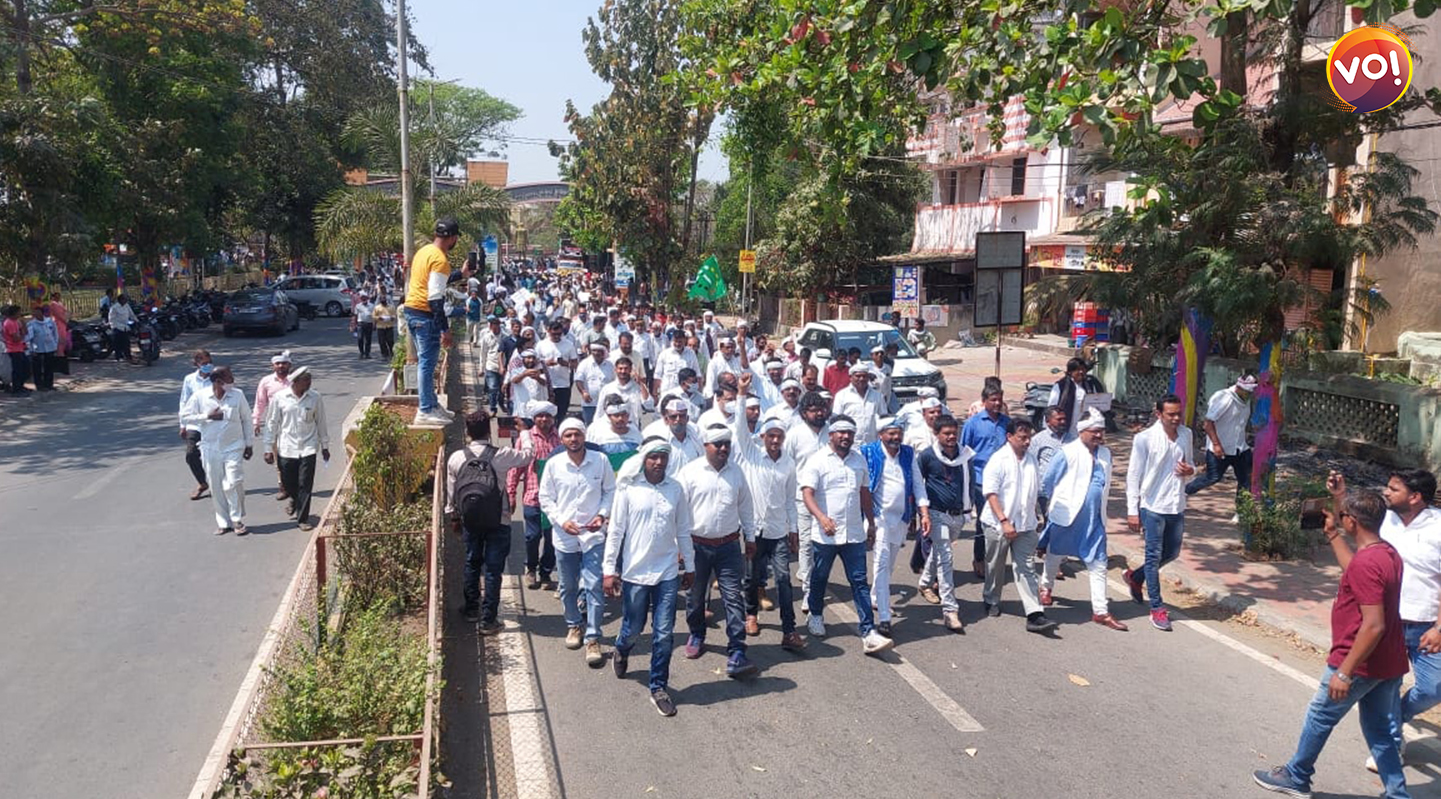