Will Lucknow be renamed Lakshmanpuri?

The next time you are in Lucknow, the name of the city might have changed to Lakshmanpuri. Why? Because the ruling party wants it so, that is why. A grand temple dedicated to Laxman is under construction and the Uttar Pradesh Chief minister has already started to greet visitors by saying welcome to the breezy city of Lord Lakshman reincarnation of the serpent, “Sheshavatar bhagwan Lakshman ki pawan nagri Lucknow meiin aapka swagat aur abhinandan.”

For the moment let's welcome Jawaid Danish to Lucknow. Danish is forever in and out of the city. After all his family belongs here, although he grew up in Kolkata. Danish studied English Literature at the Aligarh Muslim University (AMU), but Urdu literature remains his first love. Today Danish lives in Canada and he continues to write in Urdu, mainly about the agony and ecstasy of the life of immigrants like himself.

However he does not restrict his concern in his Urdu writings only to love and romance. He has explored many a contemporary theme like the third gender, rape and homosexuality in his writing. He has already written about a dozen books in Urdu, mostly travelogues. The plight of immigrants has intrigued him ever since he migrated to Canada. He loves to listen to the experiences of other immigrants, and seldom tires of noting down the difficulties that most of them experience while settling down in another country.

On this visit to Lucknow, Danish will perform a modern day dastangoi in the city where this particular art of story-telling was big business in the 19th century. On Sunday evening audiences look forward to Daastan Hijraton Ki or tales of travel. This is a solo performance by Danish that promises to be more thrilling than the fantasy tales told by the dastango in the past about the princess and the prince, angels and demons. The performance will show Danish play five different people from different parts of the country and speaking different dialects away from their place of birth.

Dastangoi was a favourite pastime of people before the arrival of radio and television. Performances were held in the open air late at night and continued uninterrupted till the wee hours of the morning. A favourite text used by storytellers from the 19th century is called the Adventures of Ameer Hamza. The last great dastango in the city was Mir Baqar Ali who died in 1928. After that the art of storytelling had faded away in Lucknow before Urdu critic Shamsur Rahman Faruqi of Allahabad University re-read the text, translated it into English and revived the performances for contemporary audiences. Danish’s performance has been hosted by the Urdu department of many universities.

Meanwhile, there was trouble in the Hindi Department of Lucknow University (UP). Ravi Kant, a Dalit associate professor was assaulted and abused by a student on the campus on May 18. What is surprising is that Kartik Pandey who attacked the Dalit professor is a member of the student wing of the Samajwadi Party (SP) and SP chief Akhilesh Yadav is mum about the incident. The LU spokesperson Durgesh Srivastav said that Pandey has been suspended for attacking the professor.

A few days earlier, the same professor was threatened by a group of right wing youngsters on the same campus. The professor was gheraoed in his room and slogans were raised against him for his remarks on the Kashi Vishwanath temple controversy. After the incident a FIR was registered against the professor! He was accused of hurting Hindu sentiments by the Akhil Bharatiya Vidyarthi Parishad (ABVP), the right wing student body.

A protest followed, demanding justice for Professor Ravi Kant. There is also a demand by protestors to punish those who are bullying the professor who is a thinker and an outspoken critic of social injustices.

Former Vice Chancellor of Lucknow University Roop Rekha Verma denounced the threat to Professor Ravi Kant calling it an attack on democracy and on freedom of expression. Former professor Ramesh Dixit demanded that the FIR against Professor Ravi Kant should be withdrawn immediately. Dixit added that the protest by members of civil society will continue till those bullying the professor are punished.

Perhaps it is this kind of hateful behaviour in UP that makes the Ahmedabad based Dr. Mansee Bal Bhargava see red. While we in Lucknow imagine UP to be the smartest state in the country, Bhargava does not agree. The researcher and environmentalist pointed to the low place that UP occupies on the human development index. The literacy rate is of concern and health care is inadequate here. Bhargava sees UP as the worst example of how women are treated in the deeply patriarchal society.

The grave problems that face the state will not be solved by being high on religion, by holding a sword in hand or by speaking Hindi. To be able to speak Hindi is no measure of one’s patriotism. While Hindi is a language that is as beautiful as any other language, simply by speaking it will not make her a better Hindu. The advantage of knowing English is that the language connects Indians globally, and improves their job prospects around the world. The public speaker and influencer whose work is to build an environmentally sensitive society pleaded for less politics, and more focus on improving standards of health and education in UP.

Throughout the three day Chintan Shivir held recently by the Congress Party in Udaipur, Rajasthan, Uttar Pradesh’s Congress supporters waited to hear what their role will be in making the party functional again. Priyanka Gandhi is the face of UP Congress, and supporters want to know her plans to strengthen the Congress in Lucknow. What should workers do to make the party defeat its opponents in the Parliamentary elections of 2024?

Congress workers want to know what they should tell voters when they are asked how Congress will provide jobs to the unemployed, bring down the price of essential commodities, improve health care and stop crimes against women? But all that Congress supporters have received from the leadership so far, is silence.

This stand-up comedian has a huge fan following but Lucknow loves him most. Grover went to school in Lucknow and graduated from the Banaras Hindu University. He does not tire of saying that he first learnt to laugh at himself in Lucknow. But it has been a while now since he made fans laugh with a new show. Fans being fans, they keep returning to the many videos made by Grover in the past. To keep in touch with Grover’s kind of humour I recently watched The Juicer again… do watch it if you haven’t already! 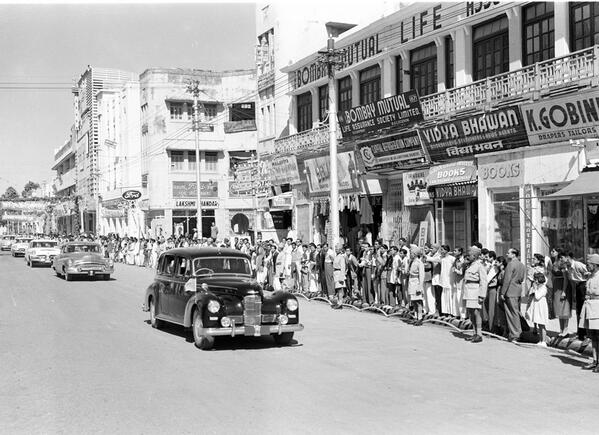