From Cannes: The Big Divide Between Young And Old

CANNES: The autumn years in our lives, tragically confronting the demands of siblings or of the young around us, is a running theme connecting countries and continents at Cannes this year. Neeraj Ghaywan’s debut film “Masaan”, featured in Un Certain Regard, tests this concept with incisive insights. Other remarkable films in competition, such as Paolo Sorrentino’s “Youth” (Italy) and Guillaume Nicloux’s “Valley of Love” (France), look at the theme in dramatically different hues.

Neeraj Ghaywan’s debut work “Masaan” is set in the winding back lanes and the surging burning ghats of Banaras while it sets about surveying an astonishing range of life styles that characterise the city. It follows a respected, retired and long-widowed Brahmin teacher living a lonely, patterned life with his spirited, attractive and rebellious daughter. Educated and working in a computer coaching centre, she is determined to escape her hand-cuffed existence by studying further at a neighbouring university. She secretly has a boyfriend and dares to start a physical relationship with him and pays a heavy price for it. A parallel story is on the poorer lower-caste families of the Dom community who make their living through organising funeral pyres at the burning ghats. The son of one these families yearns to free himself from his labour-oriented, inherited way of earning a living. He studies hard to become an engineer. He falls in love with a higher caste girl but their relationship is short-lived.

“Masaan” goes through the twists and strains of the entangled lives of the old and the young and how they are now at opposite ends, the former sticking to age-old ideas with their off springs openly defiant of these very traditions and wanting to make their own decisions and choices. While the film is tinged with sorrow and sadness emanating from the generational divide, director Ghaywan infuses a sense of hope and optimism by suggesting that love and understanding between the two can mend and heal their differences. 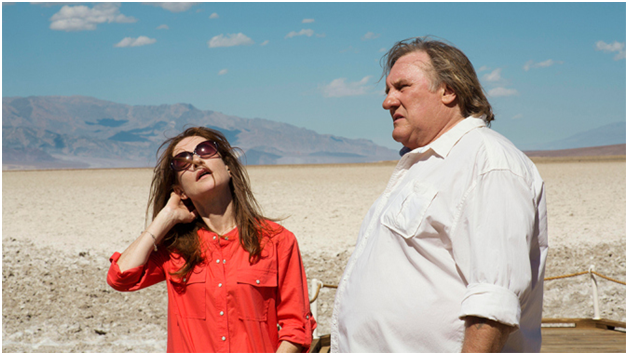 “Masaan” received a standing prolonged ovation that had the entire cast and crew close to tears as they hugged and congratulated each other. The film is a strong contender for the first film (FIPRESCI) award as well as awards related to its section.

Paolo Sorrentino already has a cult following with his distinctive and original cinematic style, so evident in his highly acclaimed, “The Great Beauty”. His latest film “Youth” is a richly mounted, elegiac soaring of the imagination on the meaning of ageing, with encounters and flashbacks that provide lessons on the several stages of man in one life span. The film is in English and set in an exquisite aristocratic Spa resort in Switzerland. Two outstanding performances enhance the film, one by Michael Caine as a retired, renowned music composer and conductor, and the other by Harvey Keitel as a known film director preparing the script of his new film. Several inmates and their families/friends add cynical insights to the central story of these two men confronting old age as life hurls a major challenge to both of them. The majestic and powerful music score by Luca Bigazzi sets the tone for the film, which in itself unfurls as a fine-tuned orchestrated piece rising to a crescendo. The film stuns the senses, leaving the viewer feeling satiated and much wiser for the experience.

The French film Guillaume Nicloux’s “Valley of Love” concentrates almost entirely on the gigantic persona of two of Europe’s most reputed actors, the larger than life Gerard Depardieu ( parading his enormous bulk with disarming, self-assured nonchalance), pitted against the equally impressive diminutive and chiseled Isabelle Huppert. Once married, they have come together to meet at a hotel on a strange mission. Their young son, who they have not been close to for long years, has committed suicide. In his last letter, he tells them to come to Death Valley where he assures them that he will meet them even after death. 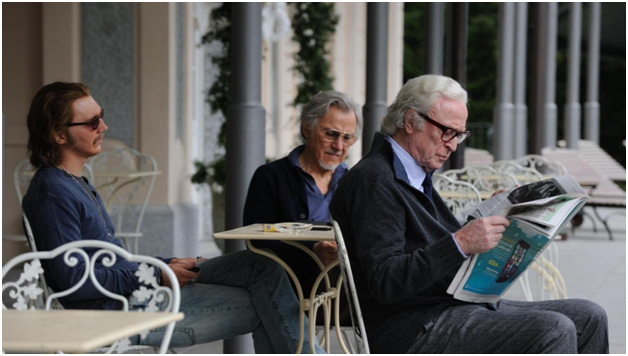 The film has an eerie quality, as these two meet and while their day away in humdrum daily tasks of sharing meals, talking to acquaintances, and most of all contentiously dissecting their past, accusing each other of neglect and indifference. He has just been diagnosed with cancer. She is about to leave her present husband. The two suffer from a sense of defeat and also of guilt in their son’s suicide, but the shared feeling also draws them closer. Finally, a paranormal encounter in Death Valley does serve to assuage their feelings and free them from their hidden demons. 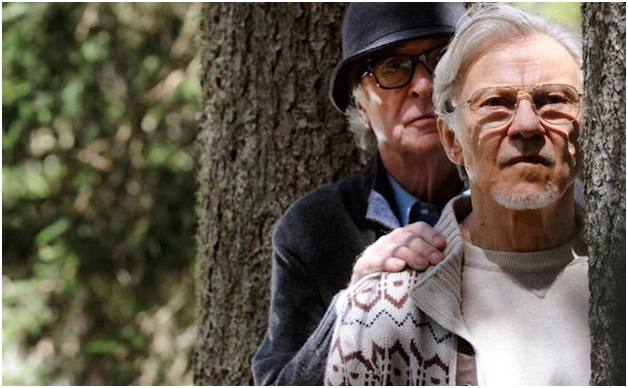