Meet Suheim Sheikh, erstwhile Software entrepreneur now Yacht Club of Hyderabad Founder and President. His motto: ‘Dignity Through Sports’ has led him to successfully teach children sailing and he is no less than a superstar himself in this field and renowned for his selfless work and charity today.

School children from all walks of life are trained successfully by Suheim. A mixed blend of under privileged and affluent kids undergo training in the sport of sailing under his watchful eye and believe it or not this is a non-profit venture. We always do assume that sailing is expensive, that it is inaccessible and is an exotic sport meant only for the rich and famous but this is where you can put to rest such thoughts and ideas. Men, women and children of all ages are learning this new sport and enjoying it immensely. Suheim’s prime focus is on under-privileged children and his goal is of having them represent India at international championships. On most days, you can catch Suheim at the boat jetty in Sanjeevaiah Park along the banks of Hussain Sagar coaching his protégés.

Suheim started sailing in his early teens and through the years followed his passion for sailing and moved on to become the youngest Commodore of the Sailing Club. Suheim Sheikh is an alumnus of the prestigious Indian Institute of Technology, Madras. Unlike most of his classmates, he resisted the urge to move abroad, electing to stay back and contribute to the country's development - from home. During his IIT Madras days, Suheim continued to sail in his vacations and participated in a number of national championships and won several accolades. This is the period where I reconnected with Suheim in Goa many years ago during one of the sailing regattas he was participating in and have been keeping an eye on him ever since then! One could see the love and passion he had for the sport and how exuberant he was about every detail of sailing. 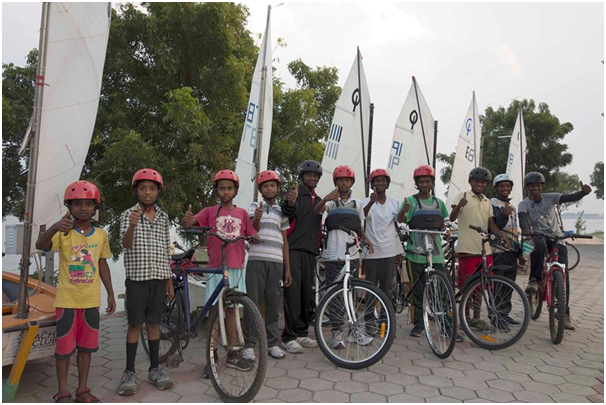 But sailing doesn’t get you mega bucks and when Suheim realised he was close to getting broke, he started to concentrate on his career. In 1993 he founded Systems Design Group and laid out the architectural framework for a products based company in the Financial Services niche. As a successful software entrepreneur, he was supplying critical software systems for stock exchanges and financial institutions, including the Mumbai stock exchange and the Singapore exchange. He is famous for his product launch of BankAlert, a banking product serving the needs of Anti-Money Laundering, Fraud Management and Detection for Global Financial institutions. He has been involved in the design and development of complex real-time mission critical Financial Services Software. His work has primarily been in the realm of Capital Markets automation and Fraud detection and management technology.

Suheim recalls the days of the lake being completely covered with weeds and no water in sight. When N.T. Rama Rao became chief minister, the lake was finally de-weeded and became suitable for sailing again. Since sailing meant so much to Suheim and the sport had given him so much he decided it was time to do something for the sport. The Hussain Sagar Lake is an international location for sailing but due to lack of infrastructure and accessibility, it has remained an elitist sport and sailing clubs have always had high membership fees. Due to this, Hyderabad had a very low number of sailors and children were not coming forward to learn the sport. Suheim insists that sailing needs to be taught at the grassroots level in order to promote it and moreover, it is easier to teach children as they learn fast. It was with his idea that he started the Yacht Club of Hyderabad and took an initial group of five children from government schools under his wing. He decided to provide the infrastructure and buy the boats and in this regard Hyderabad Metropolitan Development Authority (HMDA) had been particularly helpful. They immediately allotted the 60-year-old jetty. Even though it was in shambles, it was a good start.

It was also around that time that Suheim came up with the idea of a Monsoon Regatta with the support of the HMDA and private sponsors. Any form of recreational sport will remain elitist and championships create a sense of aspiration and the children have something to look forward to. With four successful regattas in the past, he is ready to host this year's Monsoon Regatta in the first week of July. The Regatta is also tied in to the campaign to save the lake. Suheim has raised concern through the tag-line “Save The Lake” and also sensitised hundreds of school children to their environment and the concept of sustainability. 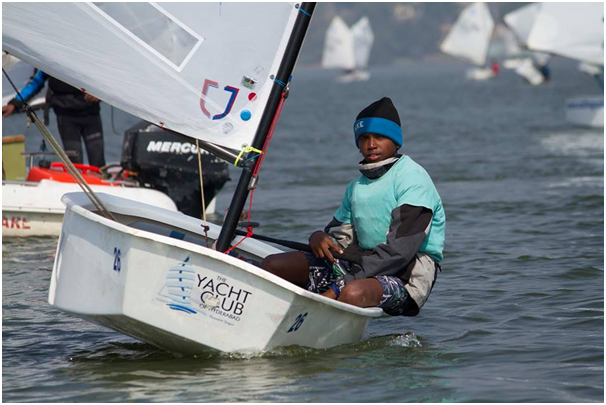 Though sailing has become more popular in the past four years, corporate sponsorships are still elusive. Most of them are reserved for cricketing bodies, rues Suheim. Investing in cricket is a simple and unimaginative policy. Corporate companies need to have the courage to sponsor sporting individuals and non-cricket teams and understand the dramatic potential in such ventures. A government can build a stadium but it cannot be expected to run the stadium.

Suheim takes care of these under-privileged children as his own. He has put them into good schools through people he knows and later admitted them into good colleges too. He also provides some of their nutrition as required for athletes. He sends them to championships all over the country to Pune, Chennai, and Mumbai. He has also sent one of them to Singapore and one to Hong Kong. Suheim also ensures they go to the gym and do yoga. He has given all of them bikes and also pays for their education encouraging them to do well. He has also sponsored their tuitions in English and other general subjects. He is a disciplinarian and strict about their studies and sailing. These children have already started to make a mark in the world. One of the kids Rajnikanth, an orphan, just walked into the Sanjeevaiah Park one day at the age of 12 looking for work. He was told that they did not have any work for him but would he be interested in learning to sail. His eyes had lit up at the suggestion and he took to the water to earn a Bronze and a Silver at the Nationals. Currently sailing the Lasers, and after completing his 12th standard he wants to join the police force. Suheims budding sailors have also participated in numerous national championships, the World Championship in Argentina, the Asian Games and the Optimist Sailing Championship in Malaysia.

The Captain met his Chief mate Paula on the high seas between Mumbai and Goa while sailing Seabirds. Suheim is also an ardent dog lover and you can be rest assured that either one or more dashing Golden Retrievers are always by his side. As a national level sailor himself, Suheim deserves kudos for bringing sailing into the mainstream. Ahoy there!! If you have the blues then it is time to sail them away... Just head to the Yacht Club of Hyderabad and yell: Aye Aye Captain!