Churni Ganguly’s Nirbashito (Banished) comes at a time when there is a furore around the brutal killing of Bangladeshi blogger Niloy Chatterjee. This was preceded by similar killings of intellectuals who chose to raise their voice against fundamentalism in Bangladesh through their blogs. The militants of Bangladesh have killed four secular bloggers since February this year for writing against religious extremism.

Niloy Chatterjee was one of the leading voices seeking justice for Ananta Bijoy Das who was murdered in May this year. Many of these Bangladeshi bloggers have been forced to hide their real identities or fleeing to other countries to save their lives. Nirbashito unravels the tragic story of a poet who is banished from her homeland for writing and living life on her own terms. Instead of banning her writing, she herself is banned, shunted from one country to another, seeking political asylum and granted the same only till this did not bring the host nation into political conflict with fellow nations.

Churni Ganguly is an actress with a long track record of significant performances and a string of awards. Nirbashito marks her directorial debut. It is a dramatized story taking off from Bangladeshi poet Taslima Nasreen’s banishment not only from Bangladesh, her native land, but also from India where she sought asylum followed by some supposedly politically neutral countries in the Western world. She still remains in exile and no one knows where she is or when she will return or, most tragically, whether she will ever be allowed to return at all. This marks the difference between ‘exile’ and ‘banishment’ marked by the English translation of the film’s title – Banished. Ganguly fictionalizes the experiences of Taslima but does not use her name, choosing to keep the protagonist nameless through the film. 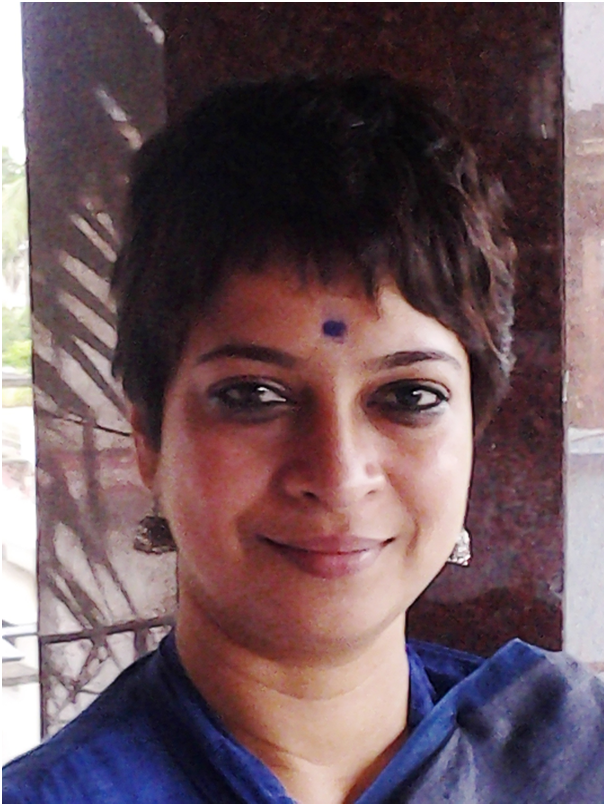 The film opens with the protagonist, a famous writer and poet, whisked away in haste from India and relocated to Stockholm in Sweden because those who whisk her away think that her life is in danger. No one thinks of asking whether she agrees to this relocation because it is not her safety that concerns them but their own ‘safety’ in the world of international politics. Nirbashito follows the writer’s flight to Stockholm, forced to leave her ‘child, a cat named Baaghini (tigress) behind who no one wants to take care of. It closes at a point when the writer is shunted off all over again from Stockholm to a small island home and then to Paris which decides to bestow on her its honorary citizenship!

In his Reflections on Exile (2001), Edward Said wrote: “Exile is strangely compelling to think about but terrible to experience. It is the unbearable rift forced between a human being and a native place, between the Self and the true home; its essential sadness can never be surmounted.” This applies in major part to most creative individuals in exile either by choice or for fear of life but not banished like Taslima has been and is still being held somewhere out there, unreachable through her cell phone, through internet connectivity or through Skype or even through her writing.

“My film is neither a biopic, nor does it underline everything. The film criticizes this woman, and also celebrates her undaunted spirit. She represents the universal woman, the writer, punished for having an independent mind. Even I, as filmmaker, artist, and woman, believe in freedom of expression as my right. And because I know that we need a voice for corners of the globe where women have no say,” says Ganguly about her decision to make the film.

The Stockholm experience, diabolically veiled with social niceties by her hosts Lucas who heads a writer’s organization in Stockholm and his wife Wilma becomes a larger but a more confining prison for the writer, her every movement monitored closely by two armed guards, Gustav and Theo. She is cut off from every imaginable line of communication such as cell phone, e-mail, NET and though there is a television in her apartment, the channels do not enlighten her in any way. She does not know a word of Swedish and her two security guards have no clue about the English language. They bring her cans of food she cannot read the names of and cannot relate to. Wilma gives her a laptop to write in. The clandestine access to emails given to her by Wilma is cut off the minute Lucas chances upon the connection. Lucas proudly tells her that she is a superstar in Sweden dampened at once by her forced life lived as a captive in a foreign land not allowed to go back home, meet her parents, cuddle her little ‘daughter’ Baghini and pick up her pen from where she was forced to put it down.

Her loneliness, her sense of alienation and isolation is heightened by the forced separation from her ‘daughter’ Baaghini who soon realises that her ‘mother’ is not around and the woman she is forced to stay with does not want her. The sub-text focuses on Baghini’s lonely life kindled by a small ray of hope when she can hear her ‘mother’s voice only to realise that it is an earlier interview being telecast on a television channel. “Nirbashito is an attempt to touch her crises of loneliness, confinement, creative barrenness, claustrophobia. The plot is a take on the period when she was taken away from her home in Kolkata, deported from India, separating her from her cat,” Ganguly elaborates in her director’s statement.

The writer’s friend Preetam Mukherjee (Saswata Chatterjee) in Kolkata begins the process of exporting Baaghini to Stockholm so that she is back with her mother. This sets off a chain of bureaucratic red tapes involving a passport, a visa and her “paw impression” on the relevant form. The scenes are introduced to add humour into the rather dark narrative. But they backfire because they are repetitive and tend to reduce the emotionally distraught Baaghini to a bad joke! The scenes in the newsroom where Pritam works are redundant introduced perhaps o add a few characters who do not belong. A few notable journalists of Kolkata have made ‘guest appearances’ and at least two such appearances might suggest journalistic compromise even if there isn’t one.

Churni Ganguly has created a look that is as close to Taslima’s as she could make it. The dark circles under her eyes, the wide-eyed, lost look of not-knowing-what-is-happening-and-why, the wrapping herself with the woolens Wilma brings her, trying to extract a few drops of joy when Wilma tries to draw her out, make for a fine performance, tinged perhaps, with a bit of self-indulgence are touching. But that too, is so much like Tasleema. The chilling winter of Stockholm that also affects its citizens enhances the loneliness of this woman cut off from her creative freedom in a far-off land she does not belong to and knows she never will. Shirsa Ray’s cinematography plays around with the juxtaposition of the colours of Kolkata and the stark whites and grays and blues of Stockholm. The sound design also draws out the contrasts between the two cities, often overlapping with soft voice-overs of Ganguly reciting some of Tasleema’s most outstanding poems.

The editing could have been jerky and jarring but it is not as Bodhaditya Bandopadhyay’s scissors glide smoothly over to different spheres, spaces and characters pacing out the different rhythms of the cityscapes in two parts of the world. The cameo characters such as Saswata and Raima who are deeply in love phase out the varying moods of their relationship where Raima walks away to avoid the cat as she does not care for its ‘mother; while husband Pritam is struggling between his trapped world of divided loyalties are brought out beautifully. The forced humour at the ministerial meetings are jarring and break the melodious harmony of the narrative needlessly.

Censoring a piece of writing or many pieces of writing is one thing which is also open to debate and discussion and confrontation. But why ‘censor’ a real person because someone does not like her writing and feels it could lead to communal and other disturbances? Ganguly has treaded carefully by restricting her script to those several months in Stockholm without backing it up with the riots in Hyderabad and Kolkata. She has picked Taslima’s poems written much later and not from her initial phase where she reveled in misandry (hatred for males) backed by graphic sex that made her admired, criticised, controversial and even slaughtered at times. The poems voiced over by Ganguly who portrays the title role, are tender with longing, desperate to belong to the telephone she asks not to ring in the middle of the night or her home back in Bangladesh asking whether it felt as lonely as she does in the foreign land.

The relationship between the writer and the cat is real on the one hand, ideological on the other and metaphorical too. Real, because it establishes a vicarious ‘mother-child’ relationship in a woman who is not a biological mother and a cat who is separated from its biological parents. Ideological because it is based on the emotional ideology of ‘belonging’ reinforcing the impact of isolation and loneliness when they are estranged by political decisions of which they are not a part. Metaphorical because their separation also symbolises the separation of the writer from her motherland and Baaghini’s separation from the only person she belonged to – her ‘mother.’

Nirbashito was a challenge for Churni Ganguly because it is not just art for art’s sake. It has an agenda she holds close to her heart. Says the director, “She has not had a home for twenty long years. She has been honoured as a citizen of the world, but has lost the citizenship of her own country. How does it feel to be separated from your mother, from your child, and not know whether you will ever unite? And what does it take to hold your ground despite the price on your head, and speak what you believe in? And fight for freedom of expression, for equality of the sexes, and not be deterred by the 24-hour armed security around you? .And fight for the right to live in your own country? And not just dream of a better world, but to ensure that you make a difference, from wherever you are?”

Some critics are pointing at Ganguly’s safe-playing in creating a screenplay that does not harp on fundamentalist issues and their repercussions zeroing in on Taslima. But then, that is not the subject of this film. Besides, whose ‘safety’ are we discussing anyway? The writer’s, her family’s as she says so herself, or the nations that grant her the consolation prize by offering her temporary ‘immunity from danger’ and ‘honorary citizenship’ only to wash their hands off her when the going gets tougher? M.F. Hussain was forced to die on foreign shores though he would have died to come home. Remember?