Some films are made but are never released. Some films are made and screened at film festivals but never witness a theatrical release. Some films get a theatrical release after a long time but the director is no more around. The destiny of some films are written perhaps much before they are made. Samir Chanda’s first directorial film Ek Nodir Golpo (A River’s Tale), illustrates this truth. Ek Nodir Golpo was screened at the 13th Kolkata International Film Festival in 2007 with repeat screenings at the special screening of Indian Panorama Films as the film was also a part of the Goa IFFI in 2008. The film features at least three National Award-winning artists – Samir Chanda, Mithun Chakraborty and Shweta Prasad.

Sadly, no Indian exhibitor or distributor was willing to touch the film for theatrical release though it won accolades wherever it was screened. Somehow, the film that deals with a tragic story has the pall of death hanging over it. First, the director Samir Chanda passed away in 2011, not able to release his film because he had spent all his savings on producing it. Then, the film’s DOP, also among the top cinematographers in Bollywood, passed away the next year. The same year, Sunil Gangopadhyay, on whose short story Ek Nodir Golpo is adapted, passed away. This is an uncanny coincidence that for a film that tackles a distinct way of coping with the death of a close one can be clouded over with so many deaths of some of the most leading people linked to the film.

Samir Chanda was one of the best production designers in the Bollywood film industry. Beginning by assisting lead art director Nitish Roy, he turned independent and went on to win a string of awards including several National Awards for excellence in production design spanning every kind of film from off-mainstream to mainstream and mid-mainstream. His production design spans a versatile range such as Yodha, Dil Se, Sardar, Moner Manush, Guru, Omkara, Rang De Basanti, Raavan and innumerable regional language films. Ek Nodir Golpo narrates the moving experience of a father who makes it his mission to name a river after his dead daughter. His struggle evolves into his way of reinventing his daughter. Rajan Kothari is the cinematographer for the film. 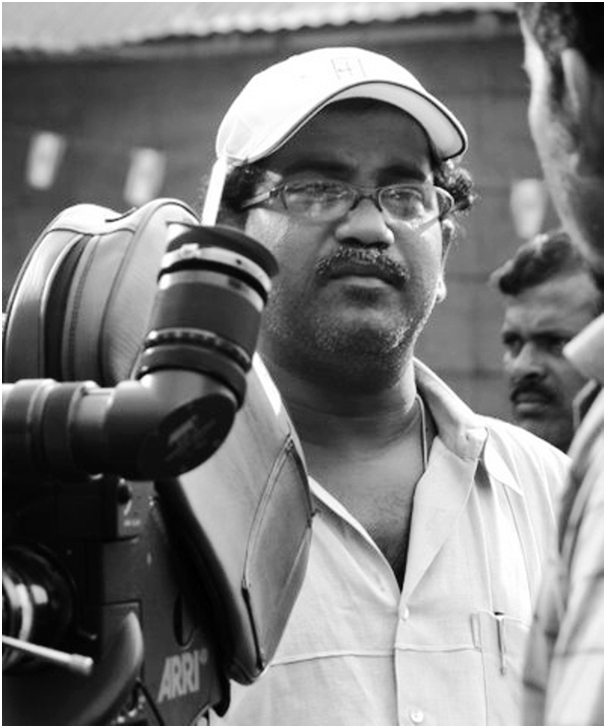 The film presents a single-minded determination of a father based on an ideology one does not come across in these days where the very meaning of ‘ideology,’ has changed. It is a state of mind removed from a world riddled with materialistic consumerism, globalisation, and the information technology revolution, terrorism, Nandigram, Rizwanur, Tasleema Nasreen and the rest.

What made Chanda seek the avenue of direction? In an interview after its premiere at the 13th KIFF, Chanda said, “It is a kind of knowing oneself, of looking within, of testing oneself with a new measuring rod. As production designer, I had read many scripts, visualized the story, underscored its meaning and translated its concept into reality for the moving image for directors I worked with. Time and again I would wonder, “How would I shoot this scene if I was directing the movie?” “Do I understand Cinema?” “Will I be able to narrate a story for celluloid?” For the past few years, a longing to be on the other side of the fence, to share my original thoughts with other technicians and to tell a story in the simplest manner would plague me constantly.”

Ek Nodir Galpo is one of the most beautiful and moving films in contemporary Indian cinema. From a simple story of a motherless daughter and her doting father, peppered with childish pranks at first and then soothed by an adolescent’s motherly care, Ek Nodir Galpo changes course midstream. It goes on to tell more the story of a strange mission that raises questions about the futility of aspirations, ideology, material affluence in the face of a man’s unique mission rather than remain the tragedy of a father who has lost his only emotional crutch – his teenaged daughter who is gang-raped, killed and thrown into the river Keleghai the girl was so fond of, except its name. It portrays the strange polarisation of one man against the entire social, economic and legal system. The difference can never be bridged because there is no common ground. It is also one of the most outstanding films of Mithun Chakraborty who played the father and Shweta Prasad who played the daughter.

Responding to what motivated him to pick this particular Sunil Gangopadhyay story to base his first film on, Chanda said, “I had read it when I was in college. It stayed with me! Ekti Nadir Naam, kept coming back whenever I thought of direction. I thought, my first film should have a sense of strong visual appeal and also be aesthetically strong, a quality my directors transferred on to me. The river, the village, the sky, the people, the ambience of this story gave me the chance to show all that! The manner in which the writer had woven the bureaucracy, religion and caste system of Bengal with an old man's struggle to rename a river in memory of his young daughter was riveting. This was a story I was dying to tell, a story of a father who was unlike any other father; a father whose love for his daughter knew no bounds. But who would play the father? My first and last choice was Mithun Chakraborty, a multi-award winning Indian actor, one of the most popular actors of the 80s and 90s. I felt a miracle happening when he agreed to do the film even before I had completed the script or put the funds together.”

Ek Nodir Golpo was finally released in the theatres on August 14, 2015. The initiative was taken by Chanda’s wife Leela Chanda and Kaustuva Roy who joined her in helping the film’s release. This marks an ironical climax for a film to be released on the eve of India’s Independence Day celebrations after having remained imprisoned in the cans for eight long years! The audience and critical feedback is terrific!