Singing To A Packed Hall In Violence Torn Afghanistan

The flight itself--from Delhi to Kabul--is interesting. After flying over Lahore, then the Khyber Pass--once the gateway into the subcontinent for conquerors and their armies--the terrain slowly changes into the brown, barren, bald foothills of the Hindu Kush. Soon we descend to Kabul.

I am received by Indian Embassy personnel who whisk me away to India House in a bullet-proof car with the driver and a guardsman both carrying Ak 47 guns. The car is thoroughly checked at the gate of the Embassy --the US Embassy and NATO air-base are situated close by-- and I wonder why because we are all non-suspicious Indians. I am that a "magnet bomb" may have been picked up by the car along the way.

As soon as I settle into my room , I hear the sound of disturbingly low-flying helicopters overhead. Perhaps they are probably being used for surveillance is the thought that enters my mind, but am informed that NATO and some other US agencies prefer commuting by choppers rather than by road, for security reasons. My predominant memory of Kabul is this frequent sound--the impact of the noise sometimes made the house shudder. 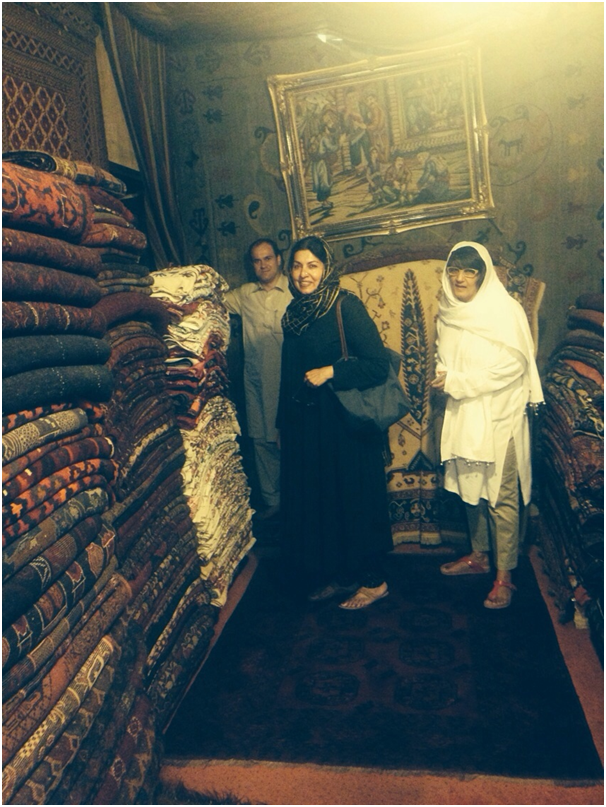 Due to security concerns, I am informed only upon arrival where my concert is to be held. I was vaguely told on the email earlier that it was at the Ministry of Culture. The audience is also invited just two days prior to the concert. The venue turns out to be RTA--Radio and Television Afghanistan's lovely 500 seat auditorium. The event is a joint celebration of India and Afghanistan's Independence Day (both dates are close to each other). The hall is full to capacity on the concert-day, as Afghans are known for their love of Indian music.

I am surprised to read in the English newspapers the articles that ranted against Pakistan. I ask my exceptionally brilliant host Ambassador Sinha" How is it that Afghans seem as upset with Pakistan as we are?" He replies, "Even more so than us". After a few dinner conversations with him and some Afghan political analysts, I learn that the Afghan Taliban had disbanded in 2001 and the Taliban that creates unrest in Afghanistan is Pakistan's Taliban. Pakistan's covert intention is to expand into Afghanistan, seeking parity with India in terms of size.

I have a blast in Kabul, but because blasts of another kind can happen anywhere anytime , I can’t do much sight-seeing other than visiting the magnificent Bagh-e-Babur and strolling along Chicken Street from where I buy a lovely Afghan silk-coat and Afghan earrings. I look at fabulous Afghan rugs, carpets and kilims. Afghan hospitality is proverbial and a memorable dinner is held at a quaint and tasteful restaurant run by a charming Afghan and his Iranian wife who shuttle between Kabul and Paris. Their courtyard-- where we sit and eat delicious Afghan pulao-- is full of fruit, mainly grapes, growing and hanging all along the edge of the courtyard. Afghanistan is blessed with abundant fruit, dry fruit, Lapis Lazuli and other natural stones, but has suffered so much. I fervently wish that their suffering ends soon.