Armed With Just The RTI He Takes On Builders and Politicians

He is an eyesore for the builder lobby as well as the officials and local politicians who have been making a quick buck throwing every norm to the wind as the economic capital of Himachal Pradesh reels under illegal constructions.

In his eight year old fight against the rich and mighty of Solan, Prem Singh Tanganiya has been threatened, assaulted and has had his livelihood threatened. But he has stood his ground as a Right to Information (RTI) activist who has filed no less than 300 applications and has collected around 50,000 pages as information, mainly on the corruption and wrongdoings of the builder lobby.

Coming from Doba village near Amarkot in Bageshwar district of neighbouring Uttarakhand, Prem works as an outdoor photographer in the town’s children park to make his ends meet. 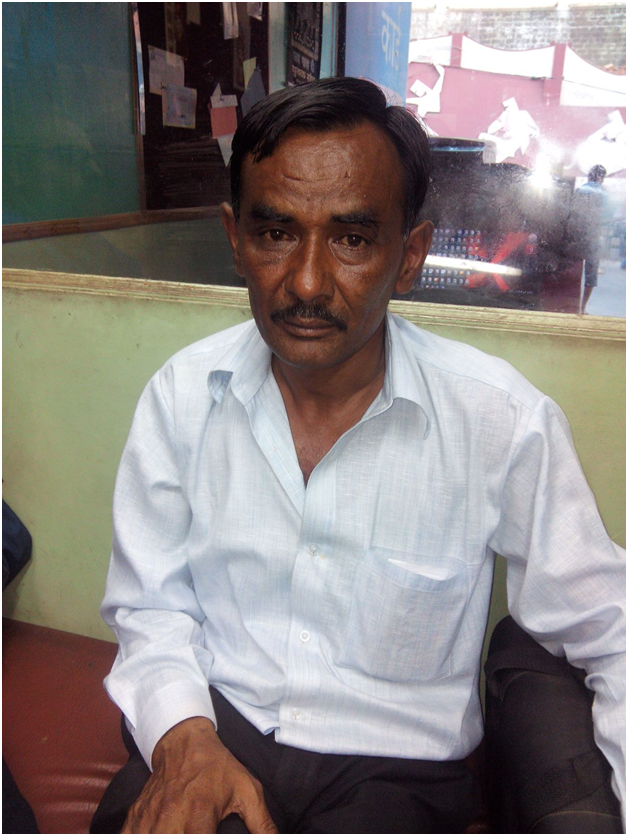 How this middle pass man became an RTI activist is a sad tale. “My elder son who was employed with a local builder lost his life after being electrocuted at a construction site in 2007. The builder along with a neighbouring businessman fudged the evidence and tried everything possible to hush up the case. The police refused to divulge details and dilly dallied in registering the case. It was at this point that someone told me about the RTI act,” he told The Citizen.

“With my son dead, I had nothing else to lose. So I decided to take on the builder lobby. I am a poor man but I do get small support from various quarters and the people who are suffering at the hands of the rich and the powerful,” he said.

Over the years he has become a landmine of information on how law is subverted to cheat the common people as well as the government. “I came to know how no objection certificates were being fudged for the green belts, how ghost flats were being constructed and how illegal power and water connections were being obtained,” he disclosed.

Solan, one of the fastest growing cities in Asia, in fact is a perfect example of how a once beautiful hill station has been turned into a dump by government and administrative apathy and the greed of a few builders. Successive governments have not only failed to curb the illegal constructions but have instead fueled it. The builders have gone to the extent of usurping even public toilets and constructing buildings that hang precariously on railway tracks.

“One can feel the rumble when the train passes beneath,” said a shopkeeper of one such complex.

“It is true that the successive governments have lacked the political will to curb the menace. The government can put an end to the menace immediately if it wants,” admitted a senior functionary of the present Congress regime in the state.

“We have cut power and water connections to these illegal buildings but these are just temporary measures. Everyone right from the lowest man in the revenue department to the top level officials are part of the racket. Otherwise how can a builder having a permission to build 100 flats or six blocks build 160 flats and entire ghost blocks. The most ironical part is that there has been no attempt by anyone to file a public interest litigation and neither have the courts taken suo-motu cognizance,” said one of the senior most functionaries of the local civic body.

The fragile ecology of the hills has been totally ignored and so has been the seismic activity in the entire Himalayan belt. With there being curbs on purchase of land, the flats are the only viable housing option available and this is being cashed by the builder lobby in connivance with the politicians and officials.

Amidst all this Prem has had his small set of victories. Today, he is a familiar name in the state bureaucracy and his efforts have led to people becoming aware of their being duped.

His major victory came in 2014 when the state government decided to do away with its proposed retention policy that envisaged allowing builders who had built structures up to six and eight storeys to get illegal storeys legalized by paying a lump sum amount.

“Today I am being lured by money but will that money bring my son back. My only regret is that had I been more educated, I would have fought this battle more efficiently,” he said. His RTI activism has taken a toll on his daily earnings also as he has to spend several hours pursuing his newfound passion.

He has a strong message for the people of this hill state, “If one Prem can bring the entire corrupt set up to its knees, imagine what can happen if there is a group of activists at work.”