Chandigarh Has Its Brush With Power Packed Theatre

The city of Chandigarh had its annual brush with high power theatrical performances recently. The city residents got an opportunity to enjoy three full length plays over three days at the Tagore Theatre during the Chandigarh Theatre Festival.

The festival opened with the performance of ‘Chanakya’ directed by veteran actor Manoj Joshi who also played the lead. This was the 914th performance of the play in more than the last two decades by his troupe. 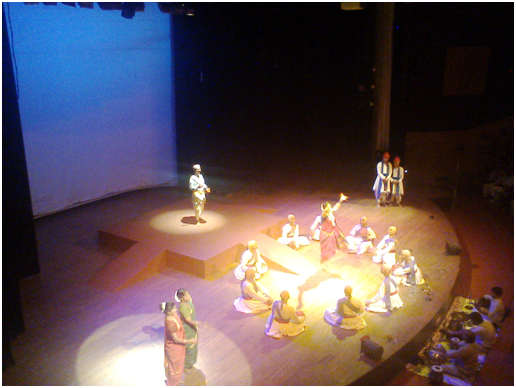 The power packed performance was an instant hit given the fact that loud nationalism is the flavor of the season across the country in the present times. Based on the life and teachings of Chanakya, Joshi played the role to perfection on how Chanakya through his masterful strokes of politics helped establishment of Chandragupta Maurya’s rule in Magadha. The play also underlined the important point that the marginalized tribals had played an important role in the place.

What came as a pleasant surprise was the stupendous reception to the performance of Vijay Tendulkar’s ‘Ghasiram Kotwal’ that was performed by National School of Drama’s Repertory in New Delhi. A political satire played in the famous folk style of Tamasha, the play took a dig at the corrupt ministers in the court of the Peshwa of Pune. It was a colourful performance making strong socio-political statements. 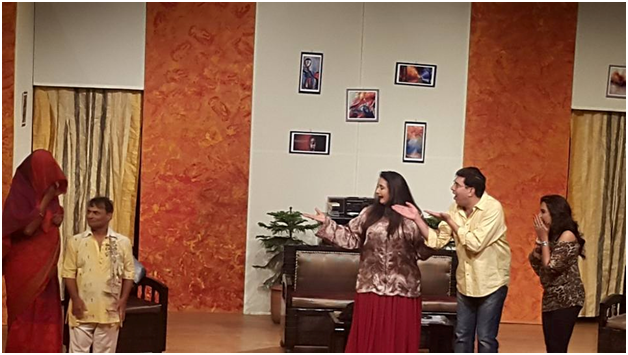 The final day saw the performance of ‘The Perfect Wife’ that has a take on the urban relationships through a male chauvinist and an ambitious woman. The play is written by Bollywood heroine of yesteryears Poonam Dhillon. Her Chandigarh connection and the theme of the play struck a chord with the middle class audience at the venue.

The event was a great success but theatre goers in the city have much to learn from their counterparts in Delhi, Kolkata, Mumbai, Pune and many other cities in terms of theatre etiquette. Pushing one’s way through the queues is simply unpardonable at such places. So is keeping mobile phones on despite repeated requests from the organizers and the performers. People were seen attending to calls in the middle of the performances, albeit in hushed tones. And what really puzzled this writer was why did people bring little wailing babies for the plays?