The 53rd New York Film Festival opened on September 25 with a stomach-churning reminder of the World Trade Centre: Robert Zemeckis’ ‘The Walk.’ The film tells of French tight-rope artist Philippe Petit who on August 7, 1974 made history. For 45 minutes, he challenged gravity and taxed audience pulse beats on a tight-rope that connected the famed Twin Towers.

Petit was the subject of ‘Man on Wire,’ directed by James Marsh (‘The Theory of Everything’) which won the Oscar for best documentary in 2008.

‘The Walk’ captures what the documentary could not: close-ups of the walk itself. It catches this tiny figure walking sky-high on what looks like a thread as he undertakes his coup at daybreak. He then dares the police with impish confidence, keeping out of their reach by repeating the walk back and forth and embellishing it with risky balletic twists. Philippe was never really punished for breaking the law. The city and public could not but applaud him. His sentence was to demonstrate his wire walk for children in New York’s Central Park 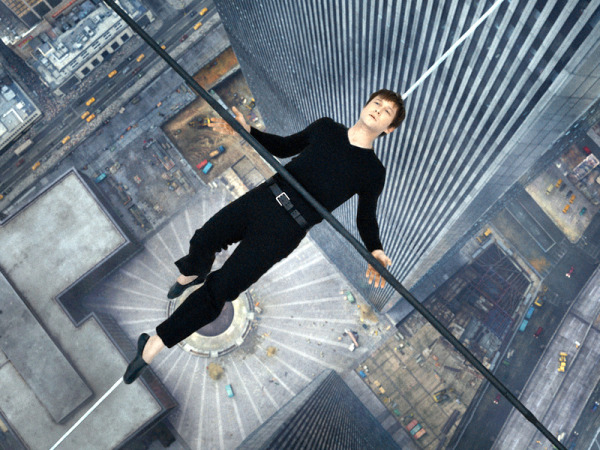 The saga of the 24-year-old rebel is by itself an inspiring thriller. From childhood he had only one goal, to be the world’s most renowned aerial artist. For New Yorkers, his achievement is tinged with sadness as they gaze at the empty spaces once occupied by the towering city icons.

Critics believe that ‘The Walk’ may follow what happened to Ang Lee’s ‘Life of Pi.’ It opened the 2012 NYFF and went on to win four Oscars.

Lead actor Joseph Gordon-Levitt wins over the audience as a fresh-faced, willful youth clashing with his parents and the world to follow his impossible dream. When he sees a picture of the Twin Towers as an 18 year-old waiting in a dentist’s clinic, Phillipe knows what he must do: set a timeless record of high daring and fearless artistry. It takes him six years to realize his dream, overcoming hurdles till the very last minute to reach the film’s chilling climax. 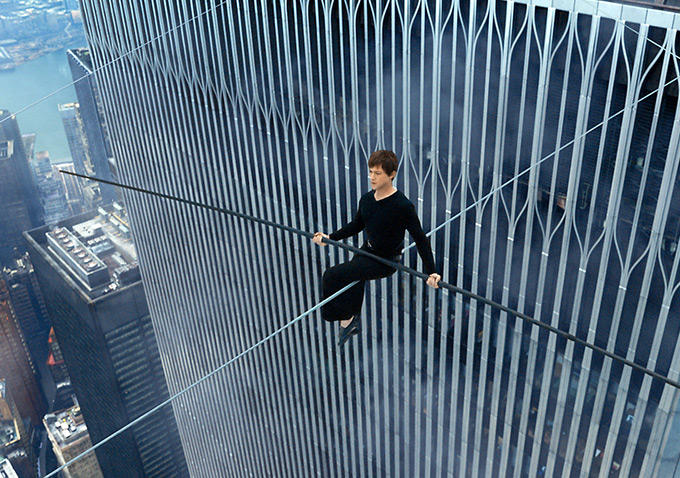 The film follows him, starting from Ground Zero, getting the required gear and training and gathering the means and fellow conspirators to pull off his illegal tour de force. His mentor is the irascible Papa Rudy, manager of a circus troupe of trapeze / wire experts, played by Ben Kingsley mouthing a tricky European accent. French-Canadian Charlotte Le Bon co-stars as Annie Allix, Phillippe’s supportive girlfriend.

New York Film Festival Director Kent Jones, talking of the film’s surprises, says, “First of all, it plays like a classic heist movie in the tradition of 'The Asphalt Jungle' or 'Bob le flambeur.' But here it's not money that's stolen but access to the world's tallest buildings. It's also an astonishing re-creation of Lower Manhattan in the '70s. And then, it becomes something quite rare, rich, mysterious ...."

‘The Walk’ is pleasing family fare. It stays in awe of its protagonist. Blemishes in scripting are that the human aspects of his reckless nature or the consequences of his act are not developed. The film achieves its goal in providing a visual spectacle that keeps palms sweating in anticipation of a heroic feat.

The film was projected in New York in RealD 3D, which stoked IMAX-friendly, eye-popping visuals. All said and done, the film’s forte is that it is a human story of courage and audacity, traces of which lurk and challenge all of us.

There are critics, though, who bemoan the increasing importance being given to such wide-screen, technically advanced, crowd pleasing excesses, which threaten the more realistic work of independent filmmaking.

‘The Walk’ opens in India on Friday, October 9 .

The Slaughterhouse of Intelligence 34 minutes ago