“Discovering India”, a side bar that links the cinemas of India to the filmmaking process across the globe, is unique to the annual Mumbai film festival. The section goes beyond diaspora, encompassing the ways in which India attracts filmmakers internationally who increasingly turn to India for its stories, its ambience, and its locations as well its creative and technical talent. 2015 Jio MAMI demonstrates that this genre is getting stronger by the year.

The 17th Jio MAMI Mumbai Film Festival is all set to swamp Mumbai month end, October 29 to November 5. The selection of nearly 300 films is indeed impressive, bringing us top festival winners from all over the world as well as gems from countries that are more distant and lesser known to our film audiences.

“Discovering India”, a section that I curate, is one that in many ways does India proud. In the past, decades ago, the India connection in foreign films meant the bumbling, comic Indian making his way abroad (in the way of the British comedian Peter Sellers). But the India link is no longer one of naiveté and caricature. 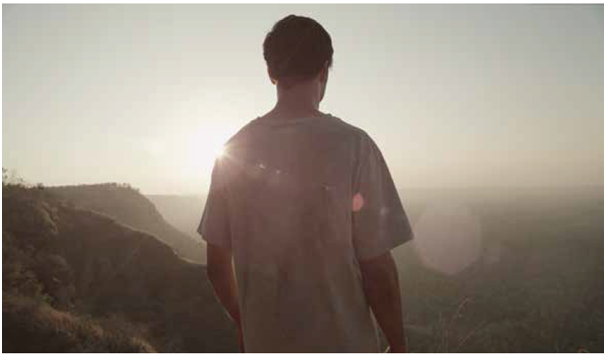 Today, international films that hone in on India have content that takes the poignancy, depth and subtlety of the diaspora experience to a universal plane. Diaspora itself has shifted from its narrow definition. It applies now to aspects of a global society, impacting cities, countries and continents, as people find themselves displaced from their familiar surrounds.

Jio MAMI presents two prized films that touch on today’s India. “Dheepan”, by the reputed French director Jacques Audiard, has been accorded the pinnacle of awards, the 2015 Cannes’ Palme d’Or. Shot extensively in Tamil Nadu, the film zeros in on Tamils fleeing the LTTE uprising to the outskirts of Paris. This raw, yet humane, story vividly portrays the extent to which an enforced migration can challenge the human spirit. , “Un plus Une”, by another acclaimed French director, Claude Lelouch, is on French sophisticates whose fractured relationships, gender to gender, find some respite in India’s spirituality.

“Discovering India” aims to show mostly new work by emerging filmmakers who look back to an India that they know and value even as they welcome the opportunities of living elsewhere. There are five films in this section, three from Canada and one each from Germany and the USA. Its three feature films are all debut works. Included are two outstanding documentaries. 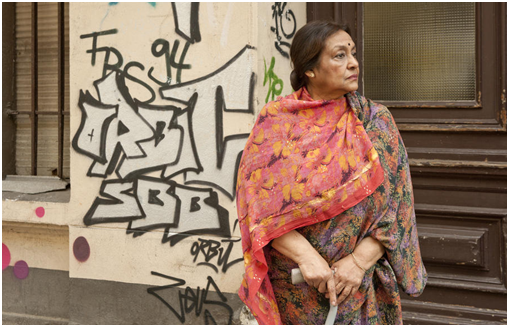 * Elisa Paloschi’s “Driving with Selvi” (Canada) is an uplifting story of how an abused girl child over comes all odds and emerges in triumphant control of her life. In Karnataka, the courageous Selvi when caught in an abusive marriage at age 14, chooses to escape. The film follows her 9-year transformational journey as she starts her own taxi company and becomes Karnataka’s first female taxi driver, works for a medical outreach organisation, gets her license to drive a passenger bus, becomes a wife again and eventually a mother. The film took ten years to make. The director and her protagonist Selvi will be in Mumbai for their screenings.

* From USA, Rucha Humnabadkar's “For Here or To Go?” is a disarming portrayal of young people who due to the 2008 recession have to face the quandary of whether greener pastures lie abroad or at home. The director, her writer/producer Rishi Bhilawadikar, lead actors Ali Fazal, Rajit Kapur, Amitosh Nagpal and Gaurav Dwivedi, will be present.

* From Germany, Neleesha Barthel’s “Marry Me!” is an amusing take on generational differences when it comes to a young woman in Berlin and her determination to set aside her Indian roots. However, she has to reckon with her feisty Indian grandmother laying down her rules, which includes an Indian wedding. The director and her Mumbai-based actors Bharati Jaffrey and Arfi Lamba are in attendance.

* From Canada, Jio MAMI hosts the world premiere of Sami Khan’s debut feature film, “Khoya”, which follows an Indian youth adopted by a Canadian couple. His mother’s sudden death makes him feel emotionally adrift and he leaves for India to trace his biological parents. The director, lead actor Rupak Ginn, producer Karen Shaw and executive producer in India, Guneet Monga, will be present

* From Canada, well-known director Sturla Gunnarsson (“Such a Long Journey”) presents his breath-taking documentary “Monsoon”, winner of the People’s Choice Award, 2014 Toronto Film Festival. The film presents a poetic outpouring of India’s climactic rainy season and how it affects people and their lives in different parts of the country. The music composer of the film, Andrew Mackay, will be present.

The five films together embrace the gamut of what India denotes to creative cinematic minds on the world scene.