The Trauma For Caregivers

A recent programme on television was about Alzheimer’s patients and their caregivers. The patient, 65, lay on a bed with an in-built wooden bracket around it. She was conscious but had no memory or awareness about her identity. She was incurable but not terminally ill. Taking care of her was her 80+ mother because Alzheimer’s patients cannot be taken care of by professional caregivers. A close family member alone can become the caregiver. “But what if I die before she does?,” the worried mother asks, hobbling across on her walking stick, bent with age, spooning a liquid into the daughter’s mouth. Is the mother still alive taking care of a daughter who is beyond all care? We do not know.

When a close family member of this writer passed away after a very painful fight with cancer, her husband appeared to be visibly relieved Mr. Mehta (name changed) said, “The last five years were terrible for me,” “There are instances when caregiving can turn into frustration and a burden,” says R. Thara, director of Scarf India. “This is more so with disorders of the mind such as schizophrenia or that of an intellectually challenged child whose every need has to be met. Chronic neurological conditions such as strokes, Alzheimer’s or Parkinsonism can also pose problems for caregivers.” Caregiving organizations are there in some parts of India but sadly, most of them are targeted at senior citizens who cannot fend for themselves and not for younger people who have a long life before them crippled by disease and/or accident.

“When Sunita was first diagnosed with cancer, we were both shocked. The pain was more because we did not have children to share the emotional burden with. We had no idea of the stage in which the cancer was. When it was diagnosed as malignant, we were devastated. She was an extrovert, very warm and friendly while I am a known introvert not given to making friends or talking much. I could not confide in friends because I hardly had any. Her brothers came forward. For five years, my life was reduced to the waiting lounge of clinics, pathological centres, operation theatres and nursing homes. She went down slowly, crying all the time as if she had been slow-poisoned. I was almost waiting for her to die. When she passed away, I cannot tell you how much relief was mixed with the grief. I think if we had counselors to counsel caregivers of terminal patients it would have helped,” said Mr. Mehta who now works part-time in a neighbouring library and goes on long walks, runs the washing machine and watches television. 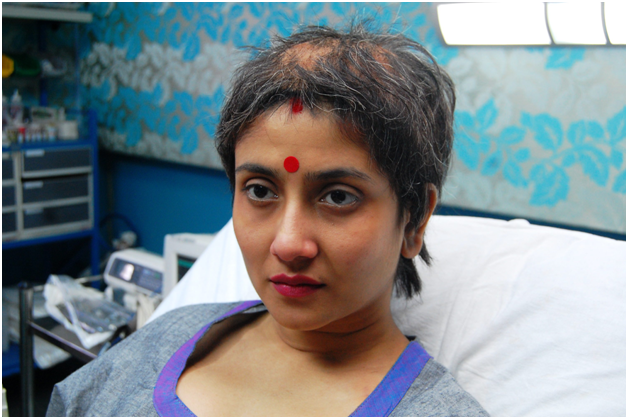 Rupesh Mukherjee’s wife is a cancer survivor. She was diagnosed early. But Mukherjee who insisted on taking care of his wife soon became a nervous wreck. “Her chemos made me feel sicker than she did. She is a beautiful woman and I could not stand her losing her lustrous hair with every chemo. She wore a wig to relieve me from my agony though it was heavy. But then, when her hair grew back and she was back home, we picked up the threads from where we had left off. In a way, her illness taught me the value she held for me but I would never exchange it for her illness which took a very heavy toll on my nervous system and my confidence,” he sums up.

These men and women suffered ‘vicarious trauma’, a term that describes the cumulative transformative effect on the helper resulting from working with survivors of traumatic life events or terminal ailments The symptoms can appear much like those of posttraumatic stress disorder (PTSD), but also encompass changes in frame of reference, identity, a sense of safety, ability to trust, self-esteem, intimacy, and a sense of control.

For younger couples where one partner is suddenly bedridden for an indeterminate period of time such as traumatic brain injury or an accident or cancer or coma that demands constant caregiving and nursing, the relationship can be threatened with divorce. The healthy partner might want to move on, wearying of taking constant care of a person not likely to regain normalcy. The stress the healthy partner goes through is already intense. Add to this the trauma of taking care of the partner so much that life is reduced to just that one duty. It could strain the relationship to breaking point. In the West, reportedly there are higher rates of separation and divorce among partners where one is incapacitated for a long period and the other is healthy but emotionally burdened with the responsibility of nursing the partner back to health or till death. 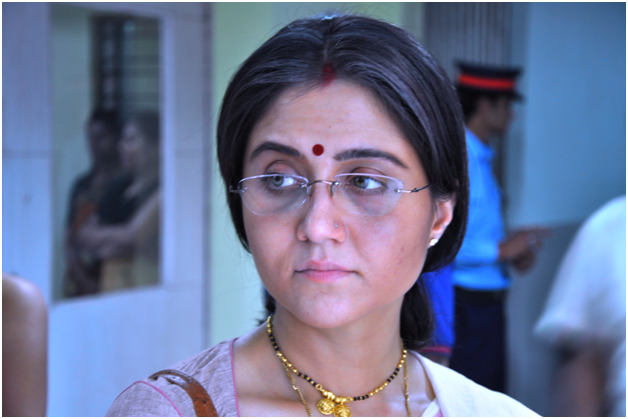 A partner imprisoned in a wheelchair can further burden the caregiver with his/her own stress of becoming wheelchair bound. But unfortunately, there is hardly any counselling system in place in the country. Caregivers are at even higher risk if they have a history of trauma in their own backgrounds and if they extend themselves beyond the boundaries of good self-care or professional conduct. Emergency workers, physicians, nurses, police officers, firemen, journalists, clergy, social service workers, colleagues, family members, and other witnesses and bystanders to disasters and other trauma are known to experience symptoms of trauma themselves.

Hilaire J. Thompson in A Critical Analysis of Measures of Caregiver and Family Functioning following Traumatic Brain Injury (J Neurosci Nurs. Jun 2009; 41(3): 148–158) says, “Given the paucity of available research for caregivers/family member functioning of older adult TBI (traumatic brain injury) survivors, it is an area warranting further attention. Well-validated instruments of caregiver role functioning are available from geriatric literatures. For several of the studies (e.g. Marwit & Kaye, 2006; McPherson, Pentland, & McNaughton, 2000), the inclusion criteria were family members or caregivers of persons with acquired brain injury not exclusive to TBI, but also includes chronic or pathological injury such as stroke.”

Perhaps, for the first time in Indian cinema, Anubrato Bhalo Aachho? (Are you okay Anubrato?) a Bengali film, explores the caregivers’ trauma through two characters, Anubrato, a man in his fifties and Jaya, a woman around the same age, whose lives are caught in a time-warp because their respective spouses are terminally ill. The film has been acclaimed at four international film festivals already and has bagged three awards at the 14th Madrid Images of India Festival. It is a pointer to how much attention caregivers demand to sustain them in their period of crisis and empower them to come out of it.

(Names have been changed to protect the privacy of the individuals)