Human relations with the moon has always found space in the world of art, literature and poetry. But Madhu Pandit, a young photographer from this City Beautiful has taken this relationship to a new height. She has romanced this celestial being with her camera and its lenses. She kept her date with the moon persistently over the last six months capturing all the 28 phase, a feat very difficult to attempt.

Her work was on display at the Government Museum and Art Gallery in Chandigarh. The exhibition entitled 'Mehnaaz' drew visitors from all walks of life. She later plans to carry the works to Mumbai and Delhi.

She has put on display 33 frames that range from the 28 phases of the moon—from the full moon to the gibbous and the crescent along with the moon in the backdrop of the city’s landscape. The frames also include the moon shining over the Punjab and Haryana Vidhan Sabha juxtaposed over the same moon throwing its light on a rehabilitation residential colony. 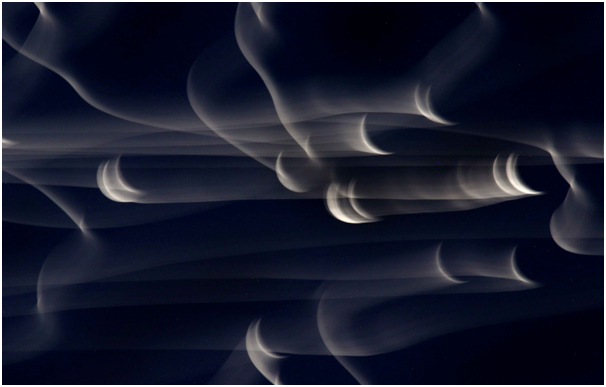 “Moon as a concept for photography was something that struck me while reading an interview of Gulzar Sahib that his writing is often inspired by the NASA website and his grandchild. This has also resulted in him penning a work as ‘Pluto’,“ Madhu told The Citizen.

She said that for her the moon was like a human being that changes its facial expressions on daily basis.

She further pointed,” I also experienced the soothing effect it gave while my own childhood memories related to the moon came flooding back. Back in those days when there was no 24 hour television, leave aside the gizmos of the present day, gazing at the moon and the stars was a regular exercise for the children. Kids were just fascinated by the very thought of locating a hare or an old lady in a full moon.” 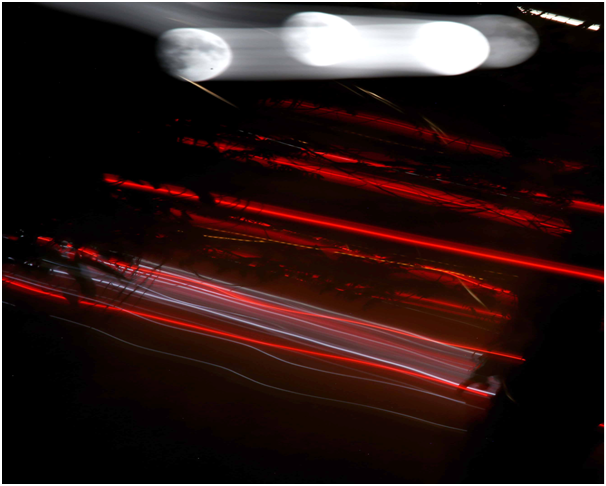 Madhu is a post graduate in economics, who took the route to photography after dabbling a bit with journalism. She has earlier held exhibitions in Delhi, Mumbai and Chandigarh on the subject of “Flowers and Eyes---Fragrance of Eternity”. She also teaches the art on freelance basis to students in Mohali, Ludhiana and Chandigarh.

She said that the work on the moon has been a very satisfying experiencing. “ Waiting for someone is always a boring and a painful experience. But in case of the Moon, I was always energized and enthusiastic while waiting for my date with this celestial being. Every day was a different experience, in terms of views, emotions and perceptions besides the moon face,” she recalled.

“There were days when I could actually experience the tidal movement within me as tears rolled welled up in my eyes to roll down my cheeks. Perhaps that is what also happens when there are high tides on Mother Earth,” Madhu added.

When asked about the present milieu of intolerance prevailing in the country and the artists standing up against it to resist curtailment of their freedom, she said,” Art should always be allowed to flower. There should be no attempts to subdue the artists and their works. The best in the artist comes out when he or she has complete freedom.”