Have you come across a place, at least in India, where the common folk celebrate the birthday of their town? Well, the tiny hill station of Nainital, one of the jewels in the crown of the British Empire, happens to be one of those rare places where the people come out in large numbers on November 18 not only to celebrate the discovery of the town but to send across a message of human brotherhood and belonging.

The town is celebrating its 175th birthday and this year too there are a series of events to mark the occasion. The event has followed a set pattern over the last few years when some of the prominent citizens decided to celebrate Nainital’s birthdays and use the occasion to send across strong social messages.

The day is marked by a colourful march past of students and locals who gather at Tallital area. This is followed by a ‘Sarv Dharma’ prayers where representatives of all faiths pray for the prosperity of the town and the safety of its people. 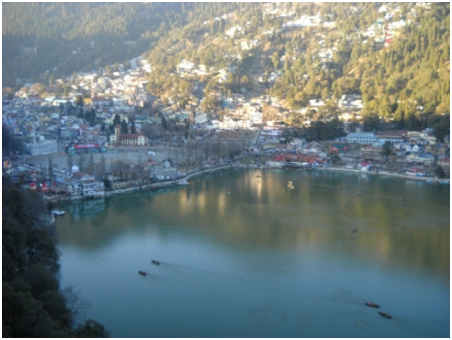 “This year we will distribute stationery and books among the poor children. This will be followed by our routine cake party. The cakes are contributed by the business establishments of the town,” said Deepak Bisht, a youngster working to preserve the heritage of the town who is associated with the annual celebrations.

The entire town remains on a high right from the morning as people send messages to each other congratulating each other on the occasion.

A key organizer Maruti Sah told this reporter during the latter’s posting in the town,” The purpose of holding the celebrations is to develop a sense of belonging amidst the population and to promote the concept of keeping the environment and beauty of the place intact.” 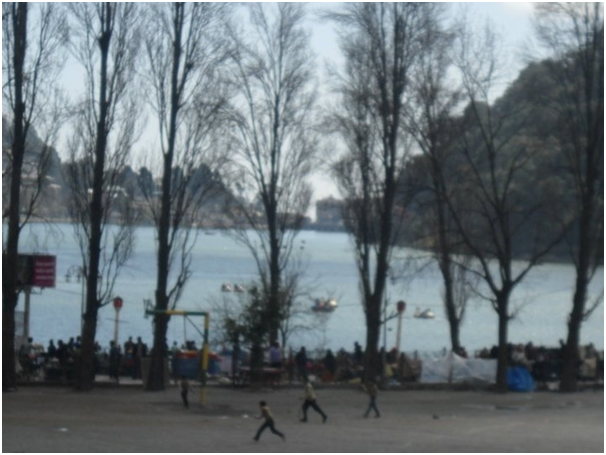 It was in 1939 that a Britisher Rosa P.Barron stumbled upon a beautiful lake next to a temple of Naina Devi and decided to have a settlement.

Historians contend that it cannot be said that the place was discovered in 1839 as the locals had been coming here for ages. But eminent historian and social activist Shekhar Pathak once told this reporter,” Still it was a landmark since it was decided to set up a proper settlement over here.”

In Hindu mythology, Nainital is referred to in the ‘Manas Khand’ of the ‘Skanda Purana’ as the Tri-Rishi-Sarovar, the lake of the three sages, Atri, Pulastya and Pulaha who were reputed to have arrived here on a penitential pilgrimage, and finding no water to quench their thirst dug a hole and siphoned water into it from Mansarovar the sacred lake in Tibet.

There is also the mythological reference to the place as one of 64 ‘Shakti Peeths’ that came into existence wherever parts of the charred body of Sati fell when Lord Shiva was carrying it around in grief. It is said that the left eye (Nain) of Sati fell here giving rise to the patron deity of Nainital. People believe that the lake is formed in the emerald eye shape and the Naina Devi temple is located at the northern end of the lake.

History states that the British occupied Kumaon and Garhwal in 1815 and E. Gardiner was appointed as the commissioner of Kumaun Division on May 8, 1815.

In 1817 the second commissioner of Kumaun G.W. Traill conducted the second revenue settlement of Kumaun. He was probably the first European to be aware of Nainital.

It was in 1839 that an English businessman from Rosa. P. Barron, a sugar trader along with a hunter friend strayed into the hills. The Nainital Gazetteer states that the locals were reluctant to lead him to Nainital fearing sacrilege of the Naina Devi temple on purely religious grounds. But the two stumbled upon the place.

The place went on to become a popular hill resort and the Nainital Municipal Board was constituted in 1850. To facilitate its growth, the administration transferred land to the wealthy Sah community of Almora on the condition that they build houses there.

In 1862 Nainital became the summer seat of the North Western Provinces and a remarkable expansion of the town occurred with the growth of magnificent bungalows all around and construction of facilities. It also became an important education centre for the British who wanted to educate their children away from the plains.

The place witnessed a devastating landslide in the monsoon of 1880 but has remained a popular destination throughout.