A World We Survive

There is misery in both those corners, careless sounds have left nobody unharmed, while insanity drives those miniscule thoughts, savagery drives these too, the world becomes inanimate, annulled- erased; no one cries a tear, no one cares here too. We dwell in the middle of it all, in falseness, in forgery, we become a soulless broth. Ordeals of war and wrath, of hopeless hope we ride by, while guns and mortar have only burned, only eradicated, creating pools of hate, of strife. The world engages in war and floods come by to take more lives, hate takes more, another conscience sacrificed.

Time flies by, into cloudless seconds, filled with a descending haze, a noise, lives lost, lives fled; days into years, years into volatile decades. As passages we used to walk on, walk by, keep changing, spaces in our mind, inside concrete moulds are cleared up for reciting, portraying, re-defining utopia; for joy, for pain, for visual placidity.

Visual essays delving into people’s search for hope and their purpose in life, films narrating expeditions and experiences of a spiritual kind, abstract lives and creative encounters find quieter spaces, a centre to reflect and perceive life, encompassed within a city of chaos and iridescence. 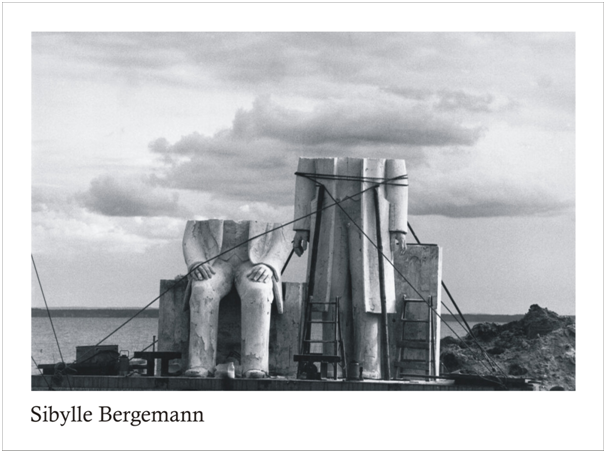 Humano: South America a New Awakening is a film being screened at the India International Centre in New Delhi. The film defines a young man’s search for the reason of his existence and meaning of life. In this odyssey a camera and a notebook filled with questions are the only items which accompany him, as he sets off on a journey to the Andes Range. In this film by Alan Stivelman, the man all of twenty five, along with Placido, an Andean paqo (priest), will be taken on an introspective journey such as has never been documented before.

Through another film, director Amit Dutta takes us through a symposium of colour, structure and rhythm developed out of contemporary artist Paramjit Singh’s work in oil and charcoal, the film flowing into a synthesis of painting and cinema. The Seventh Walk (Saatvin Sair) tells the story of a wandering painter who heads into a forest after noticing a strange footprint and hearing a strange melody. As the protagonist walks into the depths of nature, he also treads to face his most intimate self.

People are coming together, rising onto stages, voicing their opinions, creating a debate, soundless bare surfaces now filled with voices bludgeoned with sounds of reality. Images captured through an era, viewed in another; still, photographic components, weaving a story- connecting the dots.

Lighting up walls with images, The National Gallery of Modern Art in collaboration with Goethe-Institut / Max Mueller Bhavan, brings together an exhibition of photographs by one of the leading contemporary German photographers.

The photographs by Sibylle Bergemann become part of an exhibition showcasing the diversity in her work, ranging from subjects such as fashion, reportage, photographic essays to urban and rural landscapes as well as portraits, Bergemann’s work is significant in portraying the social context of her time, the photographs become symbols that subtly reflect the nuances of that time, becoming a critical analysis of the reality during the times of the German Democratic Republic. The photographs engage the viewer and transport them into a dream-like, eerie state, while viewing her photographs.

Thus on a cloudy day, when the clouds have parted, I write, while somewhere miles away, someone goes hungry, the skies light up, only taking lives, the waters fill up empty spaces; forage floats, hope floats. And this will become history, into photographs to be seen, music to be heard, films to be screened, as voices disappear and are cut down, there will be someone recording, playing new voices- only to heal the old, only to fear the new.

Humano: South America A New Awakening, a film part of the programme- Spirituality And The Other Dimension at the C.D. Deshmukh Auditorium, The India International Centre, Max Mueller Marg, New Delhi, on 16th December, at 6:30pm