As 2015 closed, a tender, well-crafted Malayalam film ‘Ottaal’ (The Trap) swept up as many as eight top awards: two National Awards (Malayalam category), Best Script and Best Movie on Environment Conservation and Preservation; Best Film at the Kerala State Awards; at Mumbai’s Jio MAMI, the Golden Gateway Award for Best Children's Feature and Yes Foundation’s Best Film for Social Impact; an all-time record, all three top awards at the International Film Festival of Kerala: IFFK’s highest honour, the Golden Crow Pheasant Award, the first Malayalam film to win in 20 years of the festival; the FIPRESCI (international critics award); the Netpac Award for Best Asian Film. And there’s yet a fourth: the public gave ‘Ottaal’ its audience award, the Silver Crow Pheasant. A small film that has made

1960-born Jayaraj’s films show his concern for the deprived and exploited in our land. Another characteristic is his imaginative and free-flowing adaptation of acclaimed literary work from the west.

It was ‘Desadanam’ in 1996, the story of a ten-year-old boy who is chosen to be a sanyasi, that established him as a serious filmmaker. It collected several national awards and traveled widely to festivals. ‘Kaliyattam’, in 1997 heralded Jayaraj’s penchant for re-telling classics. It places Shakespeare's Othello in the framework of the Theyyam festivals of north Kerala. It won two National Awards, Best Director and Best Actor (Suresh Gopi). ‘Kannaki’ (2001) was based on Shakespeare’s Antony and Cleopatra. 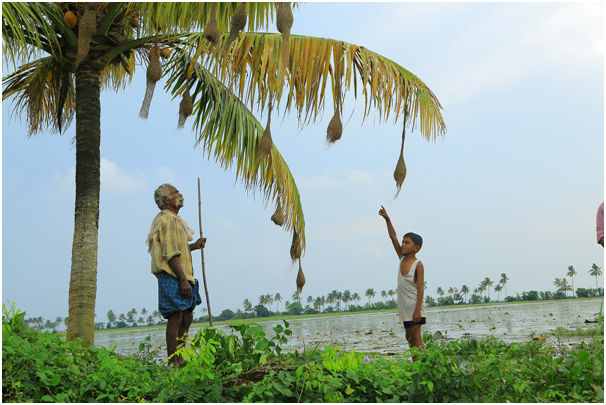 Jayaraj then embarked on his ‘Navarasa’ series starting with ‘Karunam’, which looked at the elderly having to face old age on their own, with children settled in ‘Ottaal’ merges Jayaraj’s concerns seamlessly, knitting them together in an impassioned picture of the poor, and their suffering especially of their rudderless children forced to work for other’s profit. The film is based on Anton Chekov's short story Vanka. Its nine-year old Vanka Zhukov from the cobbler's den in Moscow is transposed to the rain forests of Kuttanadu in Kerala. In ‘Ottaal’, the 8-year-old forlorn but ever resourceful Kuttappay (an effortless triumph from newcomer Ashanth K Shah), arrives to be with his ageing gentle and loving grandpa when his farmhand parents commit suicide. Jayaraj presents their hand-to-mouth existence realistically while lyrically conveying the close bonding between grandfather and boy and the innate values of rural life. Kuttappay adapts well to his grandpa’s occupation of caring for a flock of ducks and collecting their eggs. The boy adores the birds. He also adopts a stray dog.

Within this tranquil life, he yearns for an education which he sees through the eyes of Tintu, the only son of a resort owner, who befriends him. Kuttappay leads here, with his natural intelligence showing up the rich kid’s slackness. Tintu’s mother sees the boy’s promise but the father is against the low-born boy. It is Kuttappay’s mud sculpture that wins Tintu the best prize in his school.

But by then, grandpa is diagnosed with a killer disease and knows he cannot mind his ward. He stoically sends Kuttappay to an ugly, noisy big city which the boy has never known. He is one among illegally employed children who slave long hours making fire crackers. The boy suddenly faces constant beating and a lack of food and sleep. He writes a tender, resigned letter to his grandpa at Christmas time, indicating his longing for his earlier life. 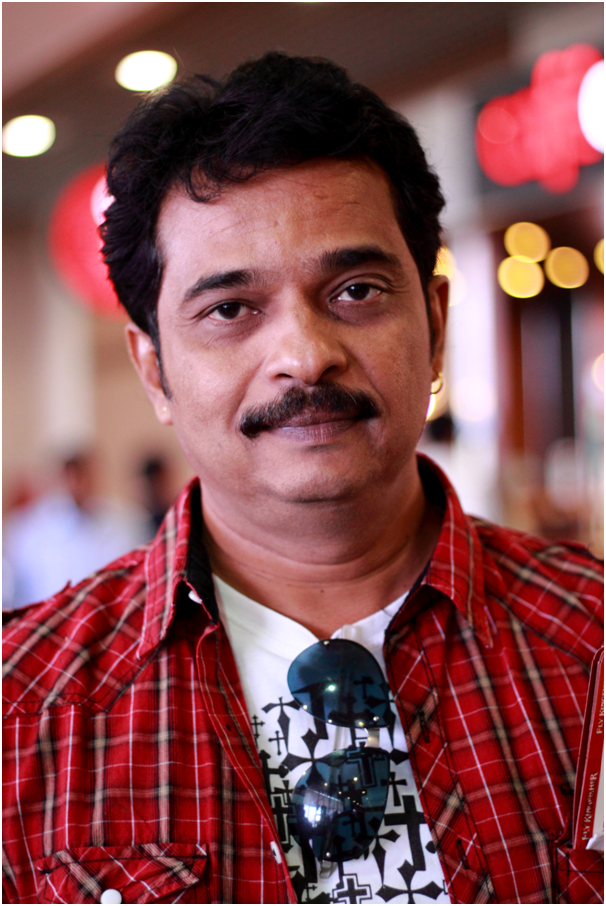 Jayaraj tells his story through observation and incident without offering a message or overtly maneuvering emotions, yet the viewer is stricken. There is a Dickensian touch to Jairaj’s vision. Hopefully, ‘Ottaal’ can be used to effect some change in the child labour menace that haunts our country. Kudos also to the film’s backers, its producers K Mohan of Seven Arts and Vinod Vijayan.