The Dalits are not the sole subjects of oppression among the caste-ridden masses of India never mind that his oppression cuts across the rural and the urban, language, education and social status. The women, who may or may not be Dalit, are equally or perhaps more oppressed and so are children among the Dalit community. Torture, and human rights violations committed against certain groups of people have a rather democratic character in the country. All this and much more come across in journalist-turned-director Bikash Mishra’s directorial debut Chauranga that released across Indian theatres this week.

Mishra's script was selected by the National Film Development Corporation in 2010 for its Screenwriters' Lab organized at Locarno Film Festival. The script was later selected by Berlinale Talent Campus' ScriptStation program. Marten Rabarts, artistic director of Amsterdam based Binger FilmLab consulted Bikas on the script at both the labs.

The story takes off from a real life tragedy in which a 14-year-old Dalit boy was killed by upper-caste men because he had the ‘gumption’ to write a love letter. Chauranga takes this incident as a peg to build up a bigger story placed on a larger canvas of characters located somewhere in Jharkhand. The story is about a fourteen-year-old Dalit boy Santu (Soham Maitra) who never goes to school because his mother cannot afford it and wanders aimlessly across this village in an unnamed corner of India. His older brother Bajrangi (Riddhi Sen) goes to the city school because his mother Dhaniya (Tannishtha Chatterjee) who cleans the cowsheds in the village landlord Dhaval (Sanjay Suri)’s house and sleeps with him in lieu of his paying for the older son’s education but who is unwilling to pay for Santu’s schooling. 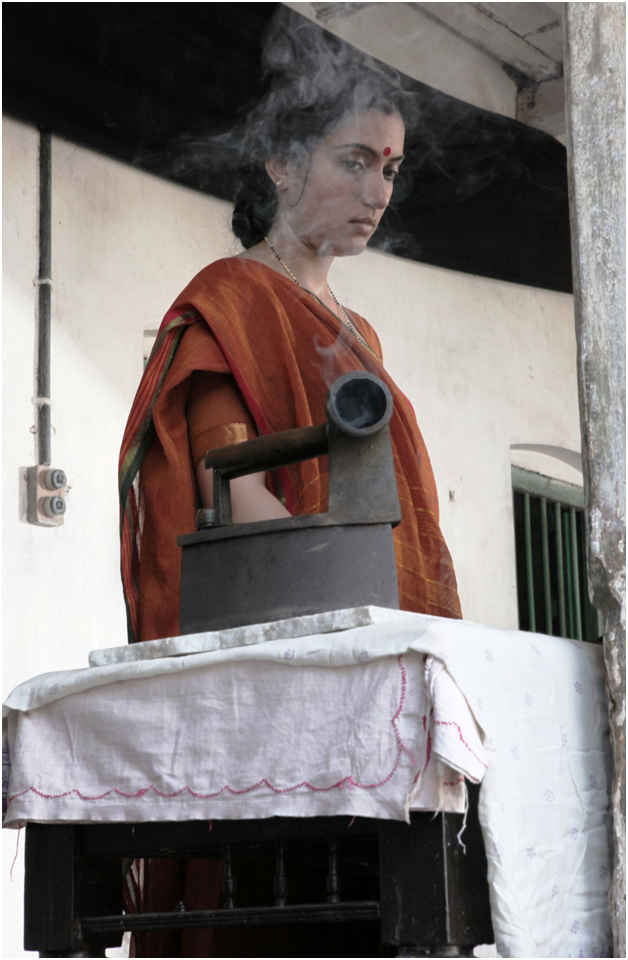 Santu’s dreams of going to school are wasted in taking care of Motki , the family sow (she-pig) which is pregnant and cannot move around much. When Bajarangi comes home from boarding school on holiday, he exposes Santu to the dreams of city life. But Santu’s destiny was perhaps pre-written in a village that’s steeped deep in caste-hierarchy and debauchery. Can he write his own destiny? Or does destiny re-write itself for Santu? The twists and turns in the script are so many and so layered that there is an element of suspense running like a constant undercurrent from beginning to the electrically charged climax.

“I grew up somewhere between a small town and a relatively big village in Eastern India. I would often lament that nothing important happened in these places and seemed quite irrelevant to me as a boy. Today, looking back on those places, people and events, my perceptions have changed. The leisurely pace and a sense of enigma around everyday life that marked my native places still enchant me. The places, people and the rituals of everyday life, appear much more fascinating in retrospect. As a storyteller, I feel lucky to have met and known these people whose stories remain to be told. Chauranga was prompted by a news story. The film is my understanding of the village life where a gruesome act of killing is possible in the name of preserving the sanctity of the caste system. It is a fictional re-telling of the actual incident set in a real village where I grew up and which I was very much a part of,” says Mishra in his directorial statement on the film.

Motki, the sow is beaten up black and blue by the blind priest (Dhritiman Chatterjee) of the village temple and the zamindar’s family who suffers from a psychological fear of all four-legged beings except Kajri, his pet she-goat he is very fond of. This points out that the family pet of any Dalit is also considered expendable by the upper-castes who also steal their pigs and kill them for fun. The other victim whose oppression is expressed only through visuals and the actor’s outstanding performance is Nidhi (Arpita Chatterjee), the landlord’s beautiful wife who is treated in as humiliating a manner as is Dhaniya by the landlord. Nidhi’s daughter Mona (Ena Saha) is also treated badly by the same father who reluctantly sends her to school when he suspects that she is up to something that does not agree with his casteist principles. Nidhi silently performs what is believed to be a ritual but which actually translates to her having to sleep with the village priest in order to cure her husband of a serious illness. Her silence is her rebellion because she does not protest while being prostituted. Does she really enjoy the one-night stand as revenge against her husband who sleeps with the Dalit woman but does not allow her son to touch his feet?

When Bajrangi arrives on an unscheduled holiday, he initiates Santu into the secrets of the female anatomy he is learning in his biology class in school. He discovers by chance that Santu has a major crush on Mona who rides to school everyday on her scooter though she has no clue about Santu’s crush on her. Santu persuades Bajrangi to pen a love letter to Mona and later, hands it to Mona himself. When the sick landlord chances upon this letter, all hell breaks loose and the two brothers’ death warrants are almost signed with the help of two young goons the landlord supports.

“As a child you feel things but you aren’t aware of them in their entirely. I’ve been living far away from my village and this has given me the distance I needed to tell the story with some empathy and some objectivity. There are few character in the film which are picked out of real life with some fiction added,” elaborates Mishra.

The law and the police do not exist anywhere in the film which reflects the reality of what sustains in many villages and small towns because either the landlord or the upper caste leaders of the panchayat or both determine the law. No one asks questions when Dhaniya goes missing and when Bajrangi is dragged to confront the landlord for the love letter and asks why his mother has not come back, he is beaten black and blue by the two goons.

When asked whether he looks at city life in a more positive way, Mishra says, “City is the place where schools are and where people watch Salman Khan movies. I have nowhere suggested that city is a better place where life is really good. I do not believe that our cities are much different from our villages, because, actually they aren’t. Our country is life a big village. Cities are different superficially because people live in high-rises and drive high speed cars. Identity, be it religion, language, caste still dominates our politics and public discourse.”