Afghan Filmmaker Flees to India: "I Have Become A Character in My Own Theatre of Life"

NEW DELHI: “Theatre or real life?” This is what Qurban Ali Mirzaee asks himself, whilst sitting in a small flat in West Delhi. Popularly known as ‘Baba Mazari’ in Afghanistan, fifty one year old Afghan filmmaker has more than 100 films to his credit, has acted in more than 150 TV serials and directed many plays. He is one of the thousands of refugees scattered across the world, having to flee his home country, Afghanistan, because of the violence and bloodshed. He came to India last November, after being threatened by Taliban.

In March last year, a violent mob in the Afghan capital – Kabul, killed Farkhunda Malikzada, a school teacher, after falsely accusing her of burning the Quran. “I was totally disturbed by that killing. I decided to protest” says Qurban Ali. His theatre group Simorgh ( means fabled bird ) organised a street play depicting the condition of Afghan women under Taliban dictate. This provoked the Taliban and in July, Qurban Ali was kidnapped, taken to an unknown location and was brutally beaten. Somehow, he managed to escape, but the threat was evident. Not just for him, but for the whole family. “Leave the country or die” that was the Taliban ultimatum. This was further reinforced when the Taliban burned down his house in Behsood district, adjacent to Kabul.

“I can’t put my family in danger, I had no option, but to leave. First I thought of going to Iran, because I was in Iran for some time during Taliban Era in 1990s. I lost all documents when Taliban burned down my house “says Ali. With the help of UNHCR, (United Nation High Commission for Refugees) Ali, along with 8 of his family members reached Delhi in November last year.

Delhi has become a refuge for many Afghanis. Rough estimate suggests that there are over 20,000 Afghanis living in Delhi. Due to the absence of job opportunities and social support, most of them are living in miserable conditions.

Ali has no complaints. I feel peace here. At this age that is most important for me,” he says.

Ali was in Delhi in 2010 as manager of his theatre group Simorgh to participate in the South Asia Theatre Festival. I met Ali then for the first time. The troop was performing a play called ‘Salsal and Shahmam’. The play depicts the tragic story of the demolition of Bamiyan Buddha statues by the Taliban. “Demolition of Buddha statues was one of the most painful incidents in my life. After coming to Delhi, whenever I see a huge statues of Hindu Gods, I remember the Buddha of Bamiyan”, says Ali 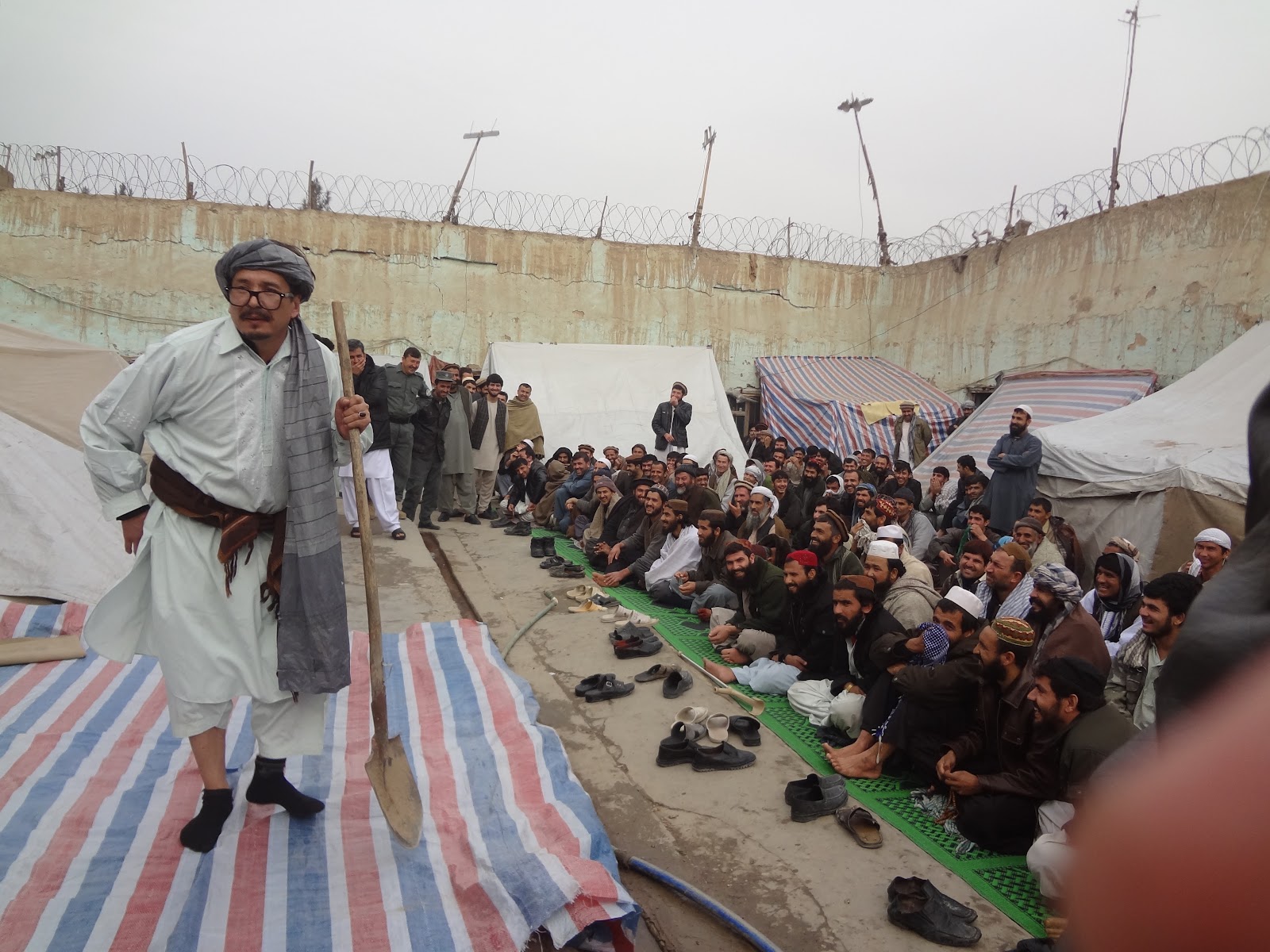 Ali has been a popular performer in Kabul based TV channel, Negah TV. In his play he handled topics related to condition of women in Afghanistan, Taliban insurgency, corruption, suicide bombings and more. “I am 51 year old now. I have seen the Russian invasion in Afghanistan, seen their withdrawal, the rise of Taliban in 1990s and their fall. The America’s aggressive search for Osama Bin Laden and now their withdrawal. Taliban is waiting on the side curtain now. They will be on the stage soon… Afghanistan is a theatre of absurd... Today, I am also becoming a character in that play” says Ali, sipping Afghan tea from the balcony of a small flat in Tilak Nagar in West Delhi.

Whenever Ali struggles to find the right English words for his thoughts, his daughter in-law, Rehala helps him. She says, “It is a pain to see him sitting idle. He always wanted to meet people and do something. But see here, he is alone and I don’t know how long he will be able to sit like this.”

All along my conversation with Ali, Rehala was flipping through her mobile phone, looking at the photos of her parents and sisters who have migrated to Iran.

When asked about Pakistan, Ali’s reaction was violent. “Pakistan is responsible for what Afghanistan is today. They jointly, with America, created Taliban. Because of Taliban I had to leave the country today... so please don’t ask anything about Pakistan.

“In Delhi we can feel peace. We can feel freedom. You don’t understand the value of that when you have it. Even in Kabul, suicide bombings have gone up substantially . President Ghani and the CEO Abdullah Abdullah have no sense of direction about which way to govern. Both of them are sitting in the same car and driving in two directions...” Laughs Ali.

After a pause he added “In fact this was the idea for my next play. Even the title was clear – ‘One Car, Two Drivers.’ But I don’t know to whom should I do this play?

Today, at this age I am standing all alone on a cross road. Don’t know which direction to go. At the end, I myself have become a character in my own theatre of life…” Ali says with a smile on his face