THE CELEBRATION OF WOMAN!

One in three women will be beaten or raped during her lifetime. Globally, that totals to more than ONE BILLION WOMEN. One Billion Rising is our response to this injustice, and it is the world’s largest global mobilization against violence against women and girls. Each year, millions of people Rise in over 200 countries through dance, music, theater, rallies, and other art forms. Together, we demand an end to the biggest war on planet earth.

This year, Delhi has Risen in a big way. Over the last several months, events have been held from college campuses to settlement colonies, with the youth to the elderly, and in public spaces and private spaces. Wide arrays of activities have been conducted, including bike rallies, movie screenings, flash mobs, conversations, theater performances, and even umbrella painting competitions. These events have been facilitated by a collective of over 60 Delhi-based organizations and institutions, all of whom are One Billion Rising partners and friends.

The following offer a glimpse into our Risings in Delhi this year.

On 5 February 2016, a Rising was held with students from Kalindi College. The event included a theater performance by the students, a movie screening, a conversation with One Billion Rising South Asia Coordinator Kamla Bhasin, and a flash mob.

On 6 February 2016, Azad Foundation held a bike rally with 45 motorcycles and scooters, a flash mob by women drivers, a street play against patriarchy, slogans, songs and speeches.

On 8 February, Miranda College held a ‘Call for Rising’, seeking to bring people into the movement to end violence against women and girls. A flash mob and rally were held.

14 February, celebrated world-over as Valentine’s Day, is also a major day for the One Billion Rising movement. Simultaneous Risings are held across the globe to celebrate that love has the power to end violence. We bring love into the world through dance, music, drama, and other art forms. And, we call for a world where women and girls can live and love free of violence.

In the morning of 14 February 2016, ANHAD held a cultural program which featured local artists and folk musicians and an umbrella-painting competition for children.

The day culminated with a seven-hour event, held from 1 pm to 8 pm, at Central Park, Connaught Place. An estimated 8 to 15 thousand people attended the event, and music, dance, and theater performances were held by more than 20 organizations and institutions. The event was coordinated by Sangat, a project of Jagori, in collaboration with 60 One Billion Rising partners.

This was a Rising that truly celebrated our solidarity and synergy. It brought One Billion Rising partners together to connect with one another, celebrate solidarity, and spread the message of love.

Some of the photographs recording the many moments of celebration: 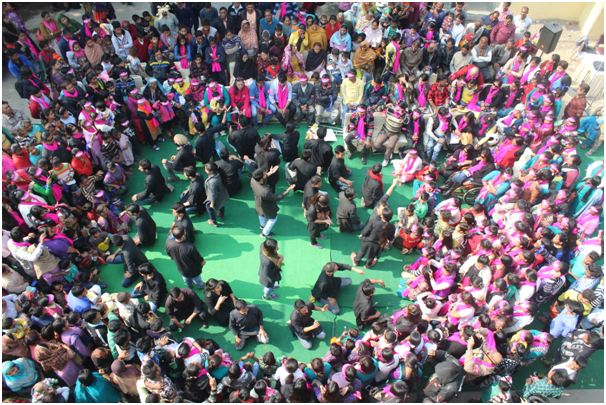 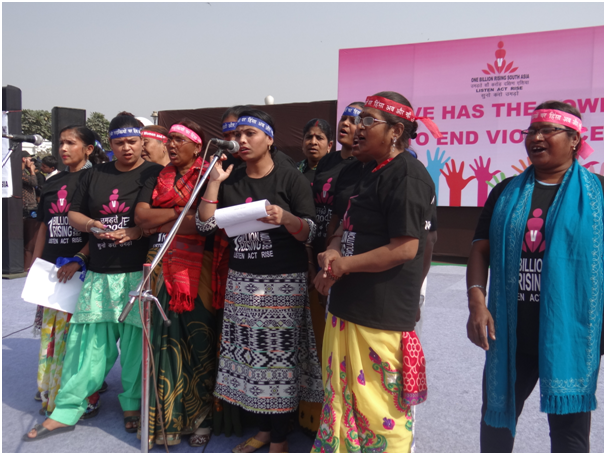 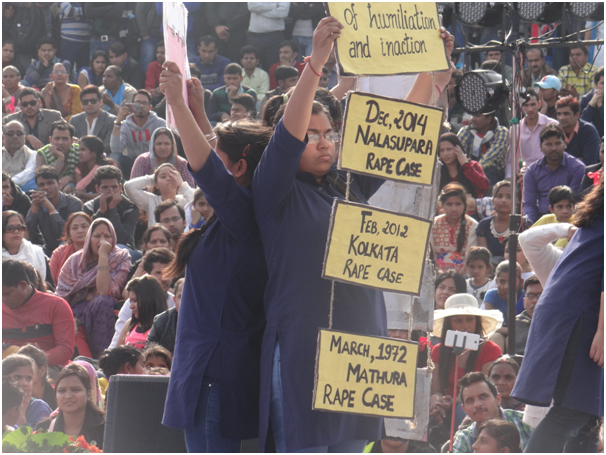 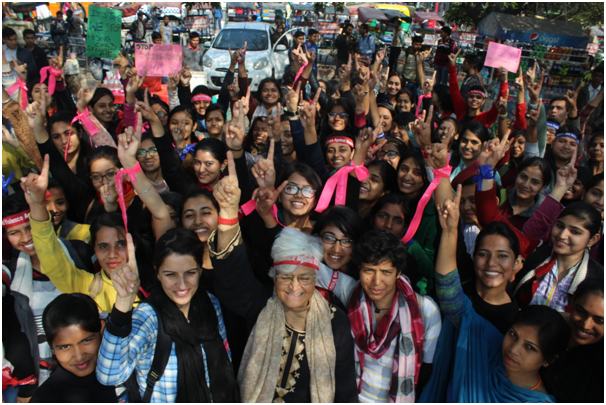 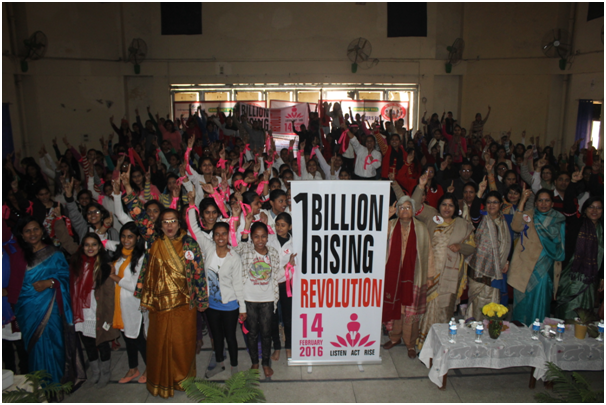