To have lost Ram Advani, the bookseller of Lucknow at this hour is most unfortunate. Any time would have made us cry in a world without Ram Advani but not to have this great teacher in our midst is sad at a time when the youth in the country is being intimidated by a group of elders for reading varied literature and for thinking aloud.

First generation scholars on different campuses are targeted for being interested in affairs of the state, for giving voice to the voiceless which is the majority population in the country and for being so aware of various injustices in the 21st century.

Today young adults around university campuses are threatened, led to commit suicide even, jailed and slapped around by custodians of the state for publicly discussing their fears and fantasies about the future. High ranking ministers in the Indian government torture students by accusing them of indulging in anti national activities? 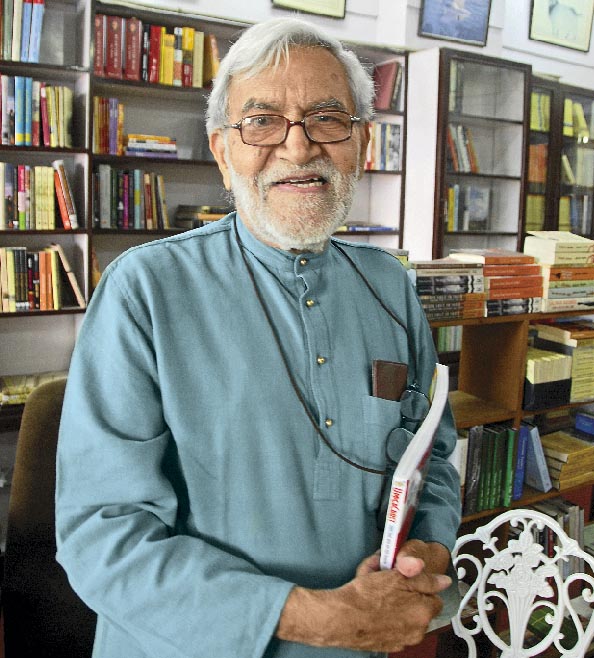 Some want youngsters killed for thinking differently to their view of the world. Hooligans hiding behind hoods are released amongst students to make them seem like mischievous citizens of the country.

When young adults refuse to amass wealth just for the self, and talk about freedom from economic, social and cultural oppression for all Indians they are slapped with charges of sedition today.

How unfortunate is that, Ram Advani had said the last time The Citizen talked to him.

Ram Advani will be missed as a friend, philosopher and guide of all those thirsting after knowledge, in particular young people hungry for information about all the different ways that people live and love around the world. Ram Advani will be missed not just for selling books, but also for engaging visitors in conversations that had celebrated the diverse ways in which each book attempts to look at the same world. He will be missed as an elder citizen who brought book lovers together on the same platform, inspiring impressionable young minds to also imagine the right path in life. 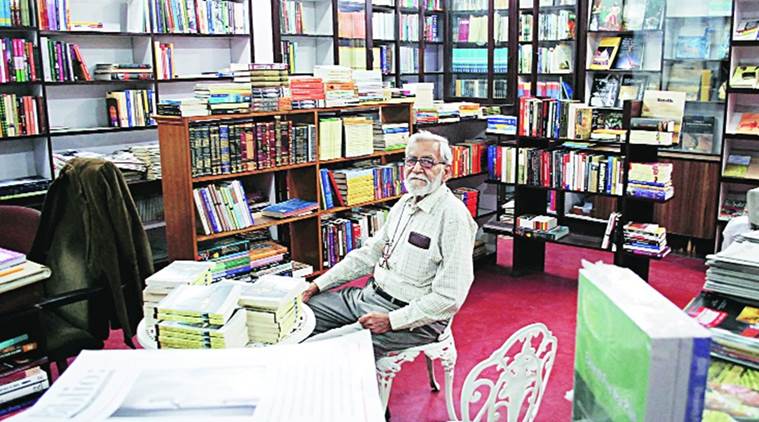 Reflects Andrew Whitehead, former BBC correspondent in India and now historian, lecturer and freelance journalist who recently took his daughter to Lucknow to meet Ram Advani that in these troubled times, there is something hugely reassuring about the enduring presence of such intellectual landmarks as Ram Advani's bookshop.

“I can't say how greatly I admire Ram, and I'm very proud to call him a friend. It's more than twenty years since I first visited his excellent shop - and came away with a gift from Ram, Attia Hossain's Lucknow novel, Sunlight on a Broken Column,” blogs Whitehead.

From a Sindhi family of booksellers, Ram Advani's elders already ran shops in Lahore and Nainital. His father migrated to Lucknow from Karachi in the 1920s together with businessman Seth Gyan Chand Thadani in search of new pastures. Together they built the very chic Mayfair complex for the British with a cinema hall that screened only films in the English language, Kwality's restaurant and bakery, and Ram Advani's bookshop on the side.

This bookshop in Hazratganj has played a crucial role in the city in encouraging people to read and to speak their mind ever since it opened in Lucknow in 1948.

Born in Karachi some 97 years ago, Ram Advani's first job was that of a teacher at Simla's Bishop Cotton School where author Ruskin Bond became a good friend of his.

Soon Ram Advani gave up this teaching job to sell books in Simla. In 1948 political giant Acharya Kriplani had found a place for Ram Advani to open a bookshop here and he would fondly repeat the incident when the inauguration of his Lucknow shop on the first day of February in 1948 was delayed because Gandhi was assassinated on 30 January. The doors to this temple of learning had later taken place on 15 February.

Ever since, Ram Advani ran the iconic bookshop personally, entertaining visitors like Jawaharlal Nehru who bought books by Herbert Read, British anarchist, poet and literary critic. In more recent times Nobel Prize winner VS Naipaul had passed by to double check some fact from fiction.

Vikram Seth sat here to research A Suitable Boy, his magnum opus. Historian Rosie Llewellyn Jones with a gigantic body of work on Lucknow was a personal friend as was William Dalrymple, Indologist. Before his death in 1982, British historian Percival Spear had returned to the book shelves at Ram Advani's shop after a quick cup of tea and cakes at Kwality's.

However a peep today into the once snazzy insides of the Mayfair cinema resembles a frightening black hole while the mouth watering aroma from Kwality's magical ovens is long replaced by fumes from the urine of citizens pissing shamelessly around the premises all the time.

Now with Ram Advani too no more, how will Lucknow cope with a brave new world, is the question!