How We Hindus Celebrate Holi In Pakistan

LUMHS, Pakistan: “How are you treated, being a minority in your country? “How do you Guys celebrate your religious festivals?”

My answer has always been very simple, I am treated just like anyone else; one of their own. But if one were to believe the media, then we are victims of religious extremism, intolerance, religious discrimination, forceful religious conversion, brutal killings and part of the largest migration in human history. Despite of having some basic and minor issues, we do celebrate each of our festivals -- including Diwali, Holi, Thadri, Raksha Bandhan with full zeal and zest with our fellow countrymen.

In Pakistan, Hindus make up around two percent of the country’s 200 million people and they mostly live in southern Sindh province. Owing to our history, Hindus have a very rich background, they are business oriented, educationists, philanthropists who always believed in the message of humanity, interfaith harmony, tranquility and peace.

Talking about Holi, also termed as the festival of colors or festival of sharing love. It’s not only an ancient Hindu religious festival , but a cultural and spring festival which has become popular with non-Hindus in many parts of South Asia, as well as people of other communities outside Asia. This festival signifies the victory of good over evil, the arrival of spring, end of winter, and for many a festive day to meet others, play and laugh, forget and forgive, and repair broken relationships, and is also celebrated as a thanksgiving for a good harvest. Revelers spray colored powder and water on each other, dance, and distribute sweets during Holi celebrations. 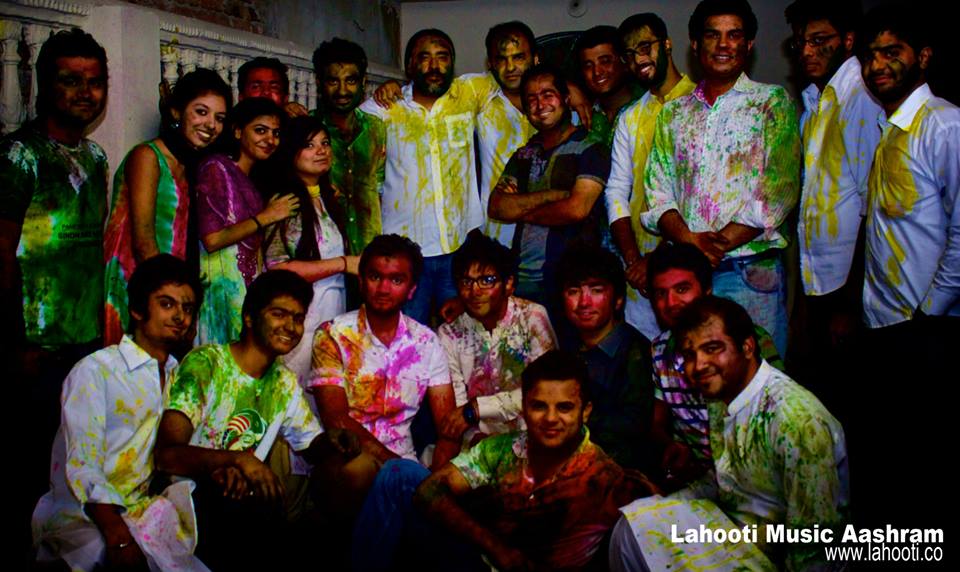 Going two-three decades back, people in Pakistan were living really peacefully in multi colors of love and brotherhood, with no difference of religion, color, caste and creed. Then unfortunately, a wave of intolerance, religious extremism, arose and deeply affected the peace and harmony of Sindh and Pakistan.

Two years ago, the day before Holi, a temple and dharamshala were ransacked and put on fire by the angry mobs in Larkana, and Hindu communities closed down their business, remained confined to their homes along with their kids as the unruly mobs continued protests in these areas holding sticks in their hands. There was nobody to control the agitating demonstrators. During that time, the Hindu Community in entire Sindh did not celebrate their Holi due to fear from the religious extremist demonstrators.

But when there are some evil people, there are good people as well. I must appreciate those Muslim friends, who realized our situation, and called us to celebrate Holi with them at their place.Celebrating Holi with those Muslims , Ismaili and Christian friends was a true example of brotherhood and interfaith harmony. One thing which we all should make sure that extremism is not associated with any religion, it can happen anytime & anywhere. There are good and bad apples in every basket.

Being a minority, I never felt people perpetuating injustice on me or discriminating against me on the basis of my religion. At times, a number of Muslim friends ask me if they can join me for holi celebrations and can share the joys. Similarly, I feel no hesitation in celebrating the Eid with my Pakistani brothers and sisters. I believe that the only thing which separates us from each other is the borders which we make in our mind and here I will second Nelson Mandela that “no one is born hating another person because of the color of his skin, or his background, or his religion. People must learn to hate, and if they can learn to hate, they can be taught to love, for love comes more naturally to the human heart than its opposite”

I always wished to celebrate Holi with friends and family, wanted to attend the mega events happening in temples and community halls, but couldn’t due to exams happening during festival times or it not being a holiday from schools and colleges. And the same was observed till this Diwali in November 2015.

But now, it was more than a happy moment to know that Government of Pakistan started considering Hindus and other Minorities as equal citizens of Pakistan, and finally after 69 years, Pakistan’s federal parliament passed a non-binding resolution that called for the country to observe Hindu and Christian holidays, i.e Diwali, Holi and Easter. And then, Sindh government was the first one to announce a public holiday throughout the province to mark the occasion of Holi. It's really an applaudable step towards a positive Pakistan, which shows it’s a tolerant country, where people of any religion can celebrate their festivals with full freedom.

Even our founding Father, Quaid-e-Azam Muhammad Ali Jinnah, formed this country on Secular and Human grounds and addressed on his speech of 11th August 1947, "You are free; you are free to go to your temples, you are free to go to your mosques or to any other place of worship in this state of Pakistan. You may belong to any religion, caste or creed that has nothing to do with the business of the state. We are starting with this fundamental principle that we are all citizens, and equal citizens, of one state.” 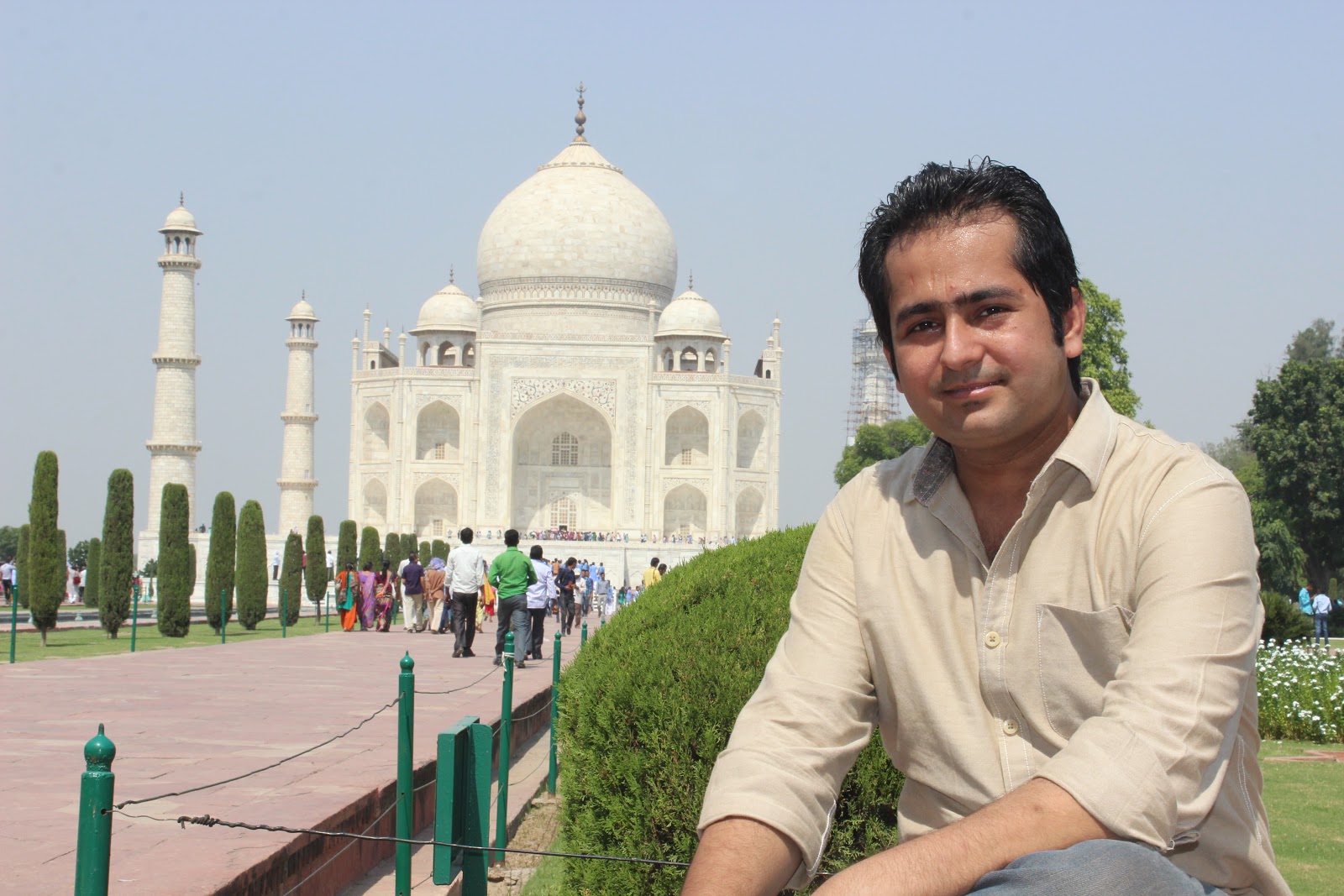 Holi is the epitome of love and peace. The festival of color brings people from different backgrounds, caste, color, creed and nationalities under one roof to celebrate. We, as humans, should look for similarities between each other rather than differences. If we open the eyes of our heart we will find peace and commonalities in food, festivals, traditions, history or customs. It’s high time that we should teach our kids to treat everyone as human beings and respect the religious differences. Only then we can move on with our heads held high and to make Pakistan a better place to live for all.

I wish that the Colors of Holi spread the message of Peace and Happiness around the Globe.

A very Happy Holi to you all !