Having taken the lead in imposing prohibition in Bihar through an unprecedented scene of MLAs taking a well publicised oath to give up liquor, Bihar CM Nitish Kumar seems to be setting the agenda for other reluctant politicians in the country. In an equally surprising move the Tamil Nadu Chief Minister Jayalalithaa has taken the wind out of the sails of her opponents in poll bound Tamil Nadu by promising phased prohibition in the state of she wins, that is.

The DMK which had promised to make this a poll issue is shocked. It had already announced its decision to impose total prohibition in its manifesto, a move that evoked criticism from AIADMK as it was Karunanidhi who had lifted prohibition wayback in 1971.The DMK will of course turn back now and ask why the AIADMK had imposed sedition charges, no less, against folk singer S Kovan for criticising Jayalalithaa for not imposing prohibition in the state.

But whoever wins now the large population of women voters are going to have the last word as both the Tamil parties have promised to ban liquor.

However sometimes it is a fallacy to believe that women are always against liquor. In Uttarakhand, for instance, which is famous for its ' Suraj Ast Pahad Mast' saying it has been a matter of record that at least 40 per cent of those applying for liquor vends are women! 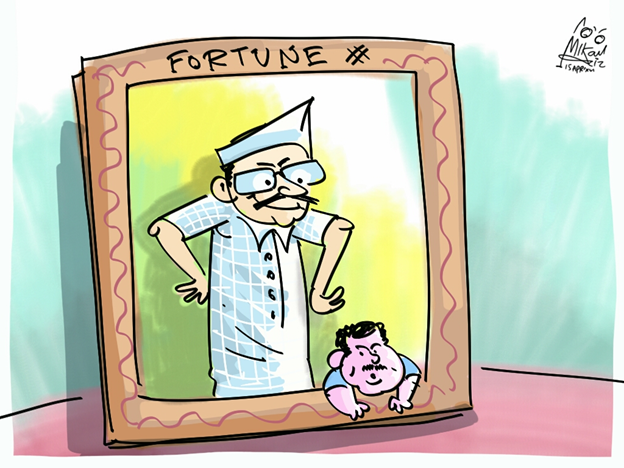 ‘Odd and even’ has created strange bedfellows this time around. Delhi Chief Minister Arvind Kejriwal and Union Road Transport and Highways Minister Nitin Gadkari are now posing for photographs together! The bickering of the first round seems to have subsided with even the Delhi police coming forward to offer full cooperation in ensuring that Delhi’s traffic follows the odd-even rule. Perhaps this is also because the thorn in between, former Police Commissioner Bassi, is now out of the way. All said and done, Gadkari seems to have let bygones be bygones forgetting the charges of corruption levelled against him by Kejriwal. 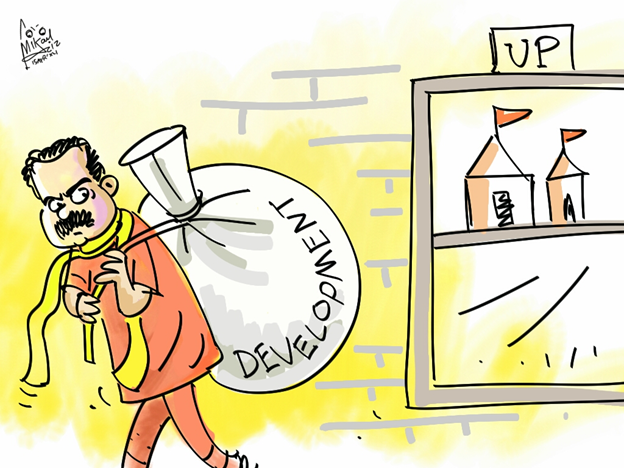 Keshav Prasad Maurya, the new president of the Uttar Pradesh BJP says that the main plank for the Assembly elections next year will not be the Ram temple but development. We don't know whether this marks a change of strategy, or because he wants to differentiate himself from predecessor Laxmi Kant Vajpayi. It is certainly not a change of heart or the BJP would not have allowed their brilliant Harvard educated lawyer Dr.Swamy to pursue the cause of the Ram Temple so relentlessly in the courts and in public forums. But judging by the fast-food type of politics prevalent these days, this could just be a one day stand to suit the occasion of the birth anniversary of Baba Saheb Ambedkar, emerging as the biggest vote catcher in Indian politics. 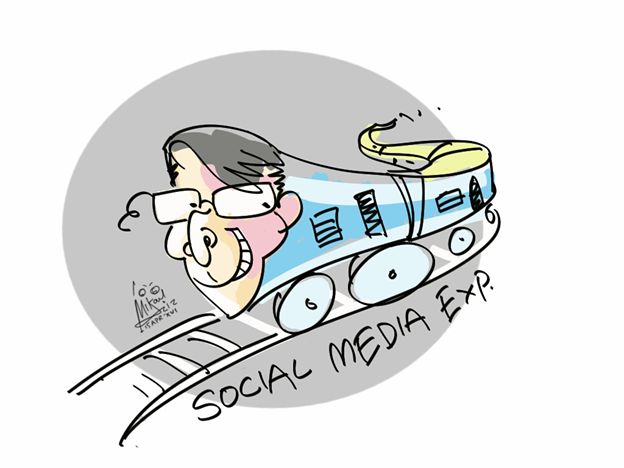 The dynamic Railway Minister of the Modi cabinet Suresh Prabhu who had been getting the maximum support of the media and people on the social media is caught in an unnecessary controversy.The minister whose department works 24x7 on the social media to spread the smallest achievements and developments of the ministry has become one of the most visible ministers in the rescue act, besides Sushma Swaraj.

While Sushma rescues Indians stranded abroad in conflict zones, Suresh Prabhu has been playing Superman by sending railway officials and other staff to rescue damsels in distress from eve-teasers and even arranging to provide milk for infants in trains.

Anyone who is on Twitter or Facebook will know that the media is inundated with messages from DRMs and other sundry staff day and night. But the ministry which controls the largest railway network in the world will also have the largest staff. Point well taken.

However his latest initiative to run a train carrying water to the drought affected Latur in Marathwada got his ministry embroiled into a political soup, though not of his making.This is the first time in independent India that such an initiative had been taken and teething troubles were expected. The train got late by 6 hours, the preparations to receive water were not ready, the quantity was insufficient and such issues were expected.

But what was not fair was the unsavoury hurry of the BJP politicians of the state to get on the stage and take credit for doing something as basic as providing water to its own people, guaranteed under the Municipal laws of every state. Their pictures look so obscene when contrasted with the plight of the poor farmers whose women and children have to climb inside wells or walk miles to draw water for their families that it hurts.