The Citizen is happy to announce a regular diary from Cannes on the International Film Festival by well known film critic Uma Da Cunha. This is the first of the series. Enjoy.

Year of the Women!

So, what is new about 2016 Cannes? For one, it seems bigger than ever with more stars gracefully nudging each other for attention and of course awards. However, the directors are more varied – and not as much of the usual roster of names.

When Festival Director Thierry Frémaux and journalist/TV executive Pierre Lescure unveiled the Cannes programme, their shining moment was undimmed by the demonstration preceding it against working conditions in the French movie industry. The two stood their ground and announced around 50 films that would vie for prizes and screenings.

However, there is something different this year. Women film professionals, specially directors, present an unexpected phalanx. Two years ago there was a fairly strident outcry that women were being sidelined not only at the festival but in the entire industry. The cause was championed in 2009 by Jane Campion as she presented her film “Bright Star”.

In the 69th Cannes, four of the nine Palme d’Or jury members are women: American actress, singer and model Kirsten Dunst, French singer, model and actress Vanessa Paradis, Italian actress and director Valeria Golino and Iranian film producer, Katayoon Shahabi. Add to this, three women directors in the main Competition for the Palme d’Or; the top award. There is British director and former actor Andrea Arnold, with her film set in the US, ‘American Honey’, a road movie starring popular American actor, performance artist, and director, Shia LaBeouf; French director, actor and screenwriter Nicole Garcia who presents ‘From the Land of the Moon’ starring Oscar-winner Marion Cotillard; and there is the German filmmaker (award winner in 2009 Berlin), Maren Ade with her film ‘Toni Erdmann’ a winsome father-daughter story (she marks the first German director in Cannes competition in eight years).

Jodie Foster looms large as well with her new film ‘Money Monster’, starring George Clooney and Julia Roberts. Actor Kristen Stewart appears in two films. She stars in both ‘Personal Shopper’ and the opening night film, Woody Allen's ‘Cafe Society’. A source stated that about one-fifth of the directors in the official selections are women and Un Certain Regard section screens the work of four more women directors, Israeli filmmaker Maha Haj, with ‘Personal Affairs’, Stéphanie Di Giusto, from France, with ‘The Dancer’, ‘The Stopover’ directed by sisters Delphine and Muriel Colin.

However, all-round diversity in the films at Cannes leaned toward feel-good titles such as Steven Spielberg's ‘The BFG,’ and Shane Black's ‘Nice Guys’ and the more menacing ‘The Neon Demon’ by Danish director Nicolas Winding Refn, with new films from Jeff Nichols (‘Loving’), Sean Penn (‘The Last Face’), Jim Jarmusch, with two films, ‘Paterson’ and ‘Gimme Danger’, the documentary on the American singer-songwriter, musician and actor, Iggy Pop, and from Korea, director Park Chan-wook’s “The Handmaiden’.

Star power as usual will thunder its way through the evening proceedings. But there are the usual grumblings. Why no films in competition from cinema savvy countries, Mexico and also Italy, when there are two from Romania? Apparently, the unflappable and during the festival, omnipresent, Frémaux, brushed this off at the Press meet by saying that the festival chose the best out of the massive 1,867 feature films submitted. And he added in good humour that this year’s poster demonstrates the regard with which Cannes holds Italy, apart from the film, ‘Pericles the Black Man’, by emerging Italian director Stefano Mordini in the respected Certain Regard section.

Aishwarya Rai on the Carpet 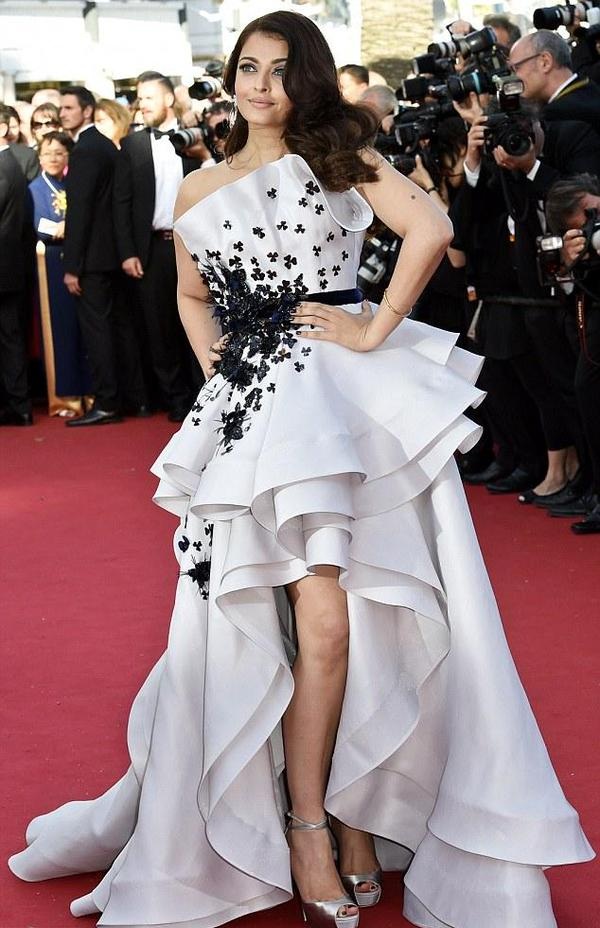 The toast of Paris and also of Cannes, the ravishing Aishwarya Rai will beon parade for the 15th consecutive year at this premiere event.

At the outset, it is Cannes’ two top sections, Competition and Un Certain Regard, that grab attention. Very soon, interest veers towards the gems in Critics’ Week which has ‘The Yellow Bird’ directed by Singapore based S Rajagopalan, originally from Kerala, and Directors’ Fortnight, where Anurag Kashyap dazzles with his chilling thriller ‘Psycho Raman’. There are sections like Cinéfondation, which honours the work of students, and the Short Film Corner, where hopefuls from around the world present their overlooked shorts and documentaries (India has over 50 films in this section).

Another world and space co-exist in Cannes with its crowded, buzzing Market, simmering quietly at the start and rising to a crescendo as reports increase every day on talks, deals, co-productions being struck on all sides. As it is, the envy of all is the American newcomer Amazon Studios which has as many as five films in official selection.

The eternal question remains: Which is the best place to be when there is so much going on and all of it so prized, when most of what one knows is based on guesswork, festival publicity and often thin-sounding word-of-mouth. Well, wait … and especially see.