From Cannes With Love: It is Woody Allen All The Way!

CANNES: A packed private Press screening in the morning and then the Gala opening night official red carpet in the evening gave ‘Café Society’ the double ovation it richly deserved. So, the film was the exclusive cynosure for the entire day. This, amazingly, is Woody Allen’s 49th film.

Woody Allen remained quiet, reserved and self assured, with his wife staying close to him at all times, as others kept a respectful distance, on this first day of the 69th Cannes.

‘Café Society” charmed the audience and critics alike, the latter feeling that while it was not among his best work, lacking the nuances, cutting wit and sly social exposures of his earlier films, it still had the unmistakable Woody Allen stamp. At the Press Conference it was the darkly glowing, ravishing camerawork by cinematographer Vittorio Storaro that stole the thunder, while Allen seemed content at being able to avoid questions. 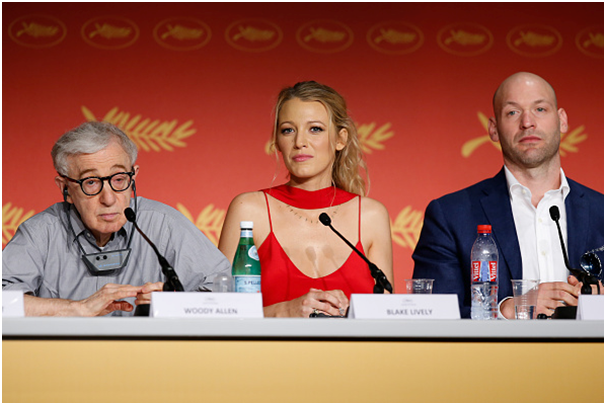 The film is a sweet, sad, quizzical portrayal of how life just cannot fall in place in the way it should because, human nature willy nilly veers towards wrong choices, driven by uncontrollable compulsions. This is one of the very few films that Allen has set in Los Angeles and his disapproval for what it stands for comes through. The film starts and ends though in New York, a city that in Allen’s films comes out with a glory all its own.

‘Café Society’, set in the 30s, looks at an ordinary Jewish family living in New York, zeroing on the youngest son, Bobby. A gauche, nervous but perceptive young man, he is sick of his bickering parents, his strutting, successful brother who, unknown to them all is a murderous gangster, and his easy-going sister married to a man posing as an intellectual liberal. Bobby decides to go to Los Angeles seeking a job with his wealthy uncle who is well-placed in the Hollywood movie business. The film then looks closely at how Bobby’s life takes shape, with all of Allen’s engaging and observant touches, less barbed, less flamboyant, the humorous insights into character and place more gentle. Even so, it unfolds with a languid charm and human insight to show how confused and self-destructive we humans can be.

With brilliant performances from the lead couple, Jesse Eisenberg as Bobby and Kristen Stewart as Vonnie, the wise and willowy girl he falls hopelessly in love with, it is their tangled love story that is the main concern of the film. Hollywood is shown as the greedy, ambitious, hypocritical and shallow show biz world it has made for itself. 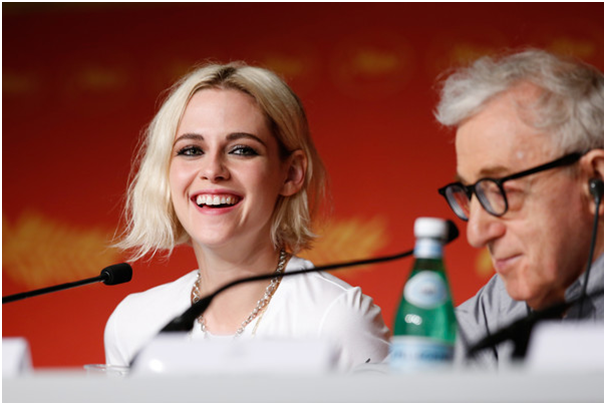 Just as Bobby seems close to getting what he wants with a wife he so dearly loves and eager to build a better life in New York, his world falls apart. The rest of the film describes how Bobby grows into a glib, loved, respected, white tuxedo- clad Manhattan nightclub manager with a mind and will of his own. Hiding his broken heart, he marries the chic and caring woman he feels is right for him, and climbs life’s ladder with all of it falling neatly in place.

But, Vonnie, his first love returns, and makes it clear that she is in the same boat as him. She cannot let go of her feelings for Bobby . Although outwardly living an enviable life, she too nurses a longing and love for him. They both go their separate ways, nostalgic in their secret bonding, living out their disillusioned half-lives, each trapped in a marriage they do not want but have deliberately chosen. Being the kind of persons they are, they will honour and abide their matrriage vows. The melancholy within the film lingers ...

In this well-knit and enticingly crafted film, the lead couple’s feelings come through with a visceral impact. However, the other man Phil in Vonnie’s life (played by Steve Carell) falls short. It seems far-fetched that a person of Vonnie’s insights and experience could be enamoured of such a puffed-up boaster. Their intimacy seems contrived and forced. And the actress who plays Bobby’s wife (Blake Lively), overly tall and large a presence in many ways alongside Bobby, seems miscast. Hoever, even with these carpings, the film holds because the rest links so well and hits the right notes in the way only Woody Allen can bring to the screen, his soft jazz soundtrack enhancing the mood and period setting.