Meet Pratim D. Gupta. He is a noted film journalist with a leading group of newspapers in Kolkata for several years. He stepped into directing Bengali films a few years ago with Paanch Adhyay starring Diya Mirza and Priyangshu Chatterjee. His next full-length feature film Shaheb Bibi Golaam began facing the ire of the regional censor board soon after he, along with his producer, approached the regional CBFC in December 2015 in order to get the film released in January this year. This did not happen. Pratim explains what created the rescheduling of the release to August 26 this year, an eight month delay. Hear it from Pratim D. Gupta. 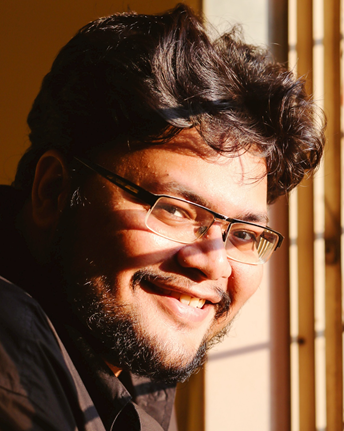 What is Shaheb Bibi Golaam all about?

My film has nothing to do with the Guru Dutt classic or the Bimal Mitra novel on which Dutt’s film was based. It is a contemporary, social thriller about three lives colliding on a winter afternoon in Kolkata. Jimmy is an Anglo-Indian hitman played by Anjan Dutt, Jaya is a middle-class housewife played by Swastika Mukherjee and Javed is a Muslim taxi driver played by Ritwick Chakraborty. They are the Shaheb, Bibi, and Golaam of my film. This is an original film set in the here and the now.

Why did the regional officer demand a second screening?

The first screening was nullified because they had one lady member short on the committee. After the second screening, the R.O. (regional officer) said that of the four members, two were for and two were against giving the film a certificate. He later told me that one of the ladies found the character of Jaya progressive while the other lady found the same character amoral.

Why were there different members on the panel at the different screenings?

No member from the examining committee can be repeated in the revision committee. Otherwise, whoever is supporting the film can come back and push the film again and vice versa.

What happened at the third screening?

The revision committee screening was chaired by MP George Baker (as per the CBFC rule). I was told to cut out the rape scene completely. This was a different section of the film featuring a different character. Different members viewed the same film differently and had different issues altogether. The second time one member said that the character of Jaya was morally degrading. The third time, someone felt the rape scene should be cut out. I flatly refused cutting out the entire rape sequence.

Is the filmmaker allowed to voice his arguments against a ruling he does not agree with?

The filmmaker is not allowed to be a part of the discussions that happen after a screening. Each member expresses his/her views to the regional officer first. The regional officer alone speaks to the director or producer officially. The chairperson does the same in the revision committee screening. I do not feel it was my lookout to find out which member had a problem with which character. I did not make a film for two years to be played around by the moral codes of arbitrary people.

George Baker is quoted to have told you at the Review Committee that the censor members might understand the thing about rape reflecting real life but Tom-Dick-Harry will not. How does that in any way affect the allowing of a rape scene?

I was as baffled in that CBFC room that day as you are now, reading that quote from him. I told him that films are supposed to mirror society and there are reports of rape every day in the papers in every part of the country. He replied and I am quoting him here: “I understand that, you understand that, but will Montu on the streets answer that?” So is he suggesting different certifications for different classes of society? How long will we be on the receiving end of such nonsensical judgement?

What happened after the three screenings – the first having been disqualified, the second ending in a no certificate because the members were in dispute and the third having been a revision committee screening chaired by a BJP MP that demanded that the rape scene be edited out completely?

At the end of the three screenings, the CBFC gave us a letter to be submitted to the Film Certification Appellate Tribunal (FCAT) in Delhi with our application. The letter stated that the character of Jaya was “morally degrading.” There was no scope for any kind of discussion with the CBFC after the first two screenings. After the third screening, they brought up the rape scene issue. In the appeal letter I sent to FCAT, I cited quite a few films as my argument which I would hate to mention here because that would give the plot of my film away.

How is the body of members constituted at the regional level?

The members who watch the CBFC screenings are elected/selected by the ministry of information and broadcasting, I am told. The Eastern Regional panel covers not only West Bengal but the also the North East. The same three to six members keep watching and certifying films though there are around 30 to 40 members who are supposed to watch films by rotation.

Why do the other members not come in for the screenings?

Most of them live far away from Kolkata. They find it difficult to make it to the city at a day’s notice. Besides, it is an unpaid and time-consuming exercise. This leads to the same few members exercising their views - and moral codes – and trying to impose these on almost all films. I do not think this is a healthy scenario for cinema in India. These members constantly refer to the 1952 Cinematograph Act. The fact that cinema has changed, society has changed, accessibility to media and viewership has expanded because of the Internet which demands flexibility in approach, perspective and opinions is not taken into account. To point out an example, the Supreme Court, while clearing Shekhar Kapoor’s Bandit Queen (stalled earlier by the Delhi High Court) passed strictures against the Censors’ interpretation of the censor code, which, it observed, was out of tune with the times. This was more than two decades ago.

Finally, FCAT came to your rescue and did not find anything objectionable in the film except asking you to mute six words and cut down on the rape scene. Are you happy now?

I am very happy. When you have been refused certification three times, you are really on the edge. The producer’s money is at stake. But on hindsight if the Udta Punjab episode - with all the power people coming together and creating a stir - had happened before, maybe even the rape sequence would have been there in its entirety. These bodies are certification bodies. No one should tell the filmmaker to cut out something they have made.

So far, you have remained away from the media with all this brouhaha over your film. Why?

I did not wish to use the CBFC episode for cheap publicity or take a piggy-back ride on this issue to garner media sympathy. My producer Firdausul Hasan of Friends Communication was on the same page. The media has suddenly come to know about this because of the Udta Punjab noise and is focussing on my film as a sideshow to the Udta Punjab episode.

But you are happy with the “A” as well?

Yes yes. My film has an adult theme and an “A” is just right.