I’ll get you my pretty!!! This determination spells the life of Shamsher Singh, a young boy with limited means who was in love with gliders right from his early days.

His wee village Bir which brags of serving as the base camp for Billing, the second best paragliding site in the world had these enthralling bird like things flying all over its airspace. At the tender age of nine it was a secret love affair for him. But as the resources were to be quenched for a living, getting a glider for him was never a viable thought.

The word hobby got a crazy make over at his hands. The nine year old started sewing gliders with plastic bags and flew stones in them. The wear and tear of a handmade glider gave him a chance to make another. Shamsher made many such gliders over the years.

“ At that time I told my only toy that we’re just going to be secretly in love with each other and leave it at that,” he recalls. This went on till the day when in the landing ground which was near his house he got to touch a real glider.

He says “It was a superlative moment for me. I saw it in my hands, felt it. That very moment I told it : I am addicted to you. I have tasted your mind and I cannot forget your flavour.” Shamsher now had an idea. He made a huge glider after buying his raw material of plastic bags and nylon ropes.

This time he made it colossal. Its triggers were made with nylon ropes. Now the stage was set. The dare devil shamsher Singh was ready to take his first flight in his very own home made and snug glider. Though Shamsher and his humungous bird were pally and knew each other well, Shamsher thought of testing it.

On a small hill top of Naina Dhar he tied a 20 kg stone and gave its very first flight. The excitement was at its peak to see it fly around 10 minutes. Now there was no looking back. It was his turn to take a flight. At the age of 17 in 2005 he took his maiden flight in his homemade plastic bag glider. He calls it “jawani ka josh”. After that there was no looking back. He is a go getter and believes in not waiting for the perfect moment but making the moment perfect.

He says, “It is kind of fun to do the impossible.” At this time his passion and dedication started having an audience. In his audience was one Gurpreet Dhinsa --a paragliding instructor who trained Shamsher for a month without charging anything. It was another expert Richard who got amused by the his passion and dedication and quietly passed on his own glider to Shamsher through Gurpreet.

This bird was not meant to be caged. He went to Manali and joined a paragliding camp in barter of his services and completed 700 hours of flying necessary for a tandem flight. Now all qualified as a tandem well experienced pilot he came closer to home at Indru Nag in Dharamshala and worked there as a tandem pilot for two years and then he finally returned to Bir itself.

Shamsher is a star pilot, with an exceptionally calm and humble attitude. Among those who have taken to wings with him is Bollywood star Preity Zinta. He says “Now I have God’s hand that gives wings to many dreams and takes my clients high into the sky. In life if you don’t risk anything ,you risk everything,” he says thanking the day he risked his life taking his flight in his self made plastic glider. In February 2016 he bought his own glider and now he works independently. Though he loves his job he does not want his kids to follow his footsteps. He underlines,“A father’s job is to keep his kids safe. I risk my life everyday in my routine. Some days I take nine flights.”

This tiger wants to see his little dare devils roaring in other fields.He starts everyday with his love.His own glider shouting in the skies,”Oh darling lets be adventurous.” 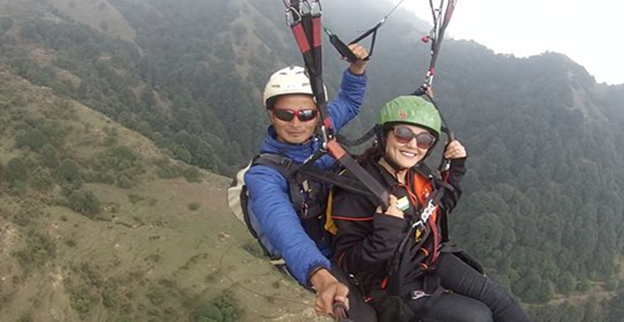 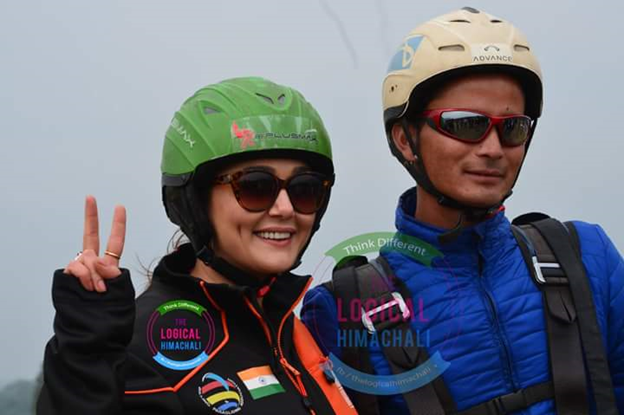 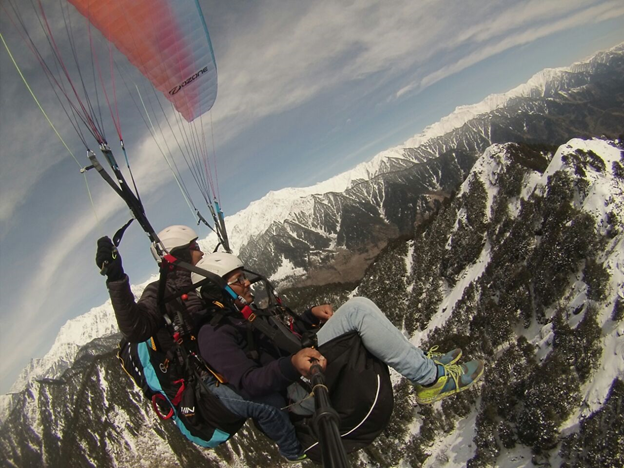 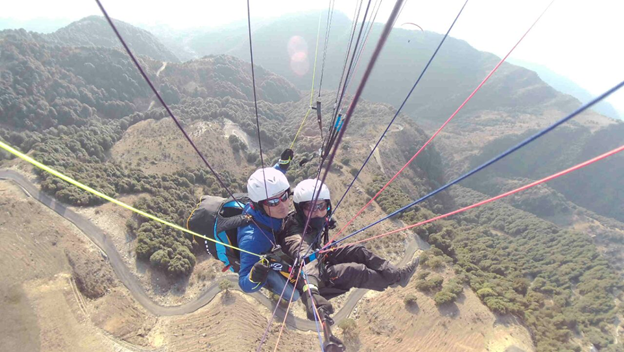 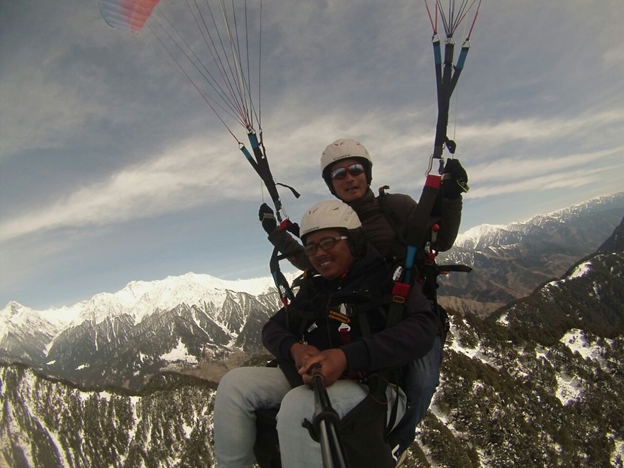