Life In The Shadows: The Tales of the Vicarious Wives

Paul Cézanne, Claude Monet, and Auguste Rodin, three brilliant nineteenth-century artists are known throughout the world. But what is remembered of their wives? What were these unknown women like? What roles did they play in the lives and the art of their famous husbands?

In Hidden in the Shadow of the Master, historian Ruth Butler coaxes three women out of obscurity and introduces for the first time to the world as individuals in their own right. She has fleshed out the lives of Hortense Fiquet, Camille Doncieux, and Rose Beuret—the models, and later the wives, respectively, of Cézanne, Monet, and Rodin to portray and recognize how their unique relationships enriched the quality of their husbands’ artistic endeavours. Butler illuminates the ways in which these model-wives figured in their husbands’ achievements and provides new analyses of familiar works of art.

No one must have ever heard the name of Alfred Hitchcock’s wife. Yet, one is amazed to discover in the film Hitchcock (2012), how his wife Alma Reville helped in the entire making and pre-making of Psycho, a controversial horror film that became one of the most acclaimed and influential works in the filmmaker's career. Alma had to temporarily take over the production of the film Psycho when Hitchcock was bedridden after collapsing from overwork. Hitchcock was not happy at all. When the film was finally received very well, Hitchcock publicly thanked his wife for helping him to make the film possible. But most of us do not know her name. 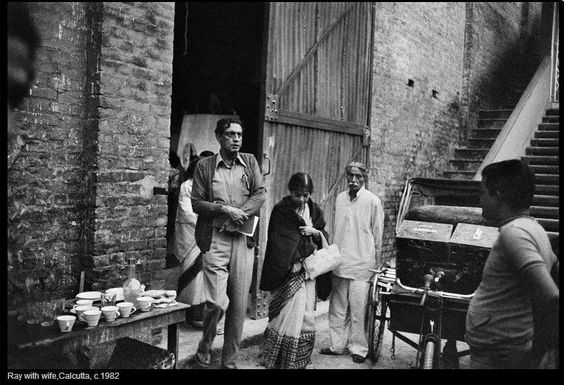 India is no exception. Take Bijoya Ray, wife of Satyajit Ray acknowledged as one of the ten best filmmakers in the history of world cinema. Bijoya Ray was an extremely gifted vocalist born into a family steeped in music. Though she partnered and helped her husband such as being the first one to read his scripts, accompany him to his shoots, help him with costumes, sell off her jewellery to fund his production costs and discuss every scene with him, she led a low-profile life in the shadow of her husband. She translated his childhood memoirs Jokhon Chhoto Chhilam but only after he had passed away. Most of us have never heard of her having acted in a Bengali film Shesh Raksha in 1914. She did half of the embroidery we see in Charu’s hand in the opening frames of Charulata. Why did she remain in the shadows of her husband? No one knows.

Sardar Akhtar who made a name for herself as an actress in Hindi and Urdu cinema spanning a successful career between 1933 and 1945, earned fame as the famous dhoban in Sohrab Modi’s historical Pukar (1939), But her name will remain archived for the title role in Mehboob Khan’s Aurat (1940) which later Mehboob remade as Mother India that marked a turning point in the history of cinema in India and a milestone in the career of Nargis. But soon after Akhtar married Mehboob, she quit films only to return as a character actress in the 1970s, with little success.

Filmmaker Bimal Roy’s wife Monobina Roy was a gifted still photographer, off-and-on journalist and a literary writer. Her still photography includes a beautiful portrait of Rabindranath Tagore apart from the fact that some of her husband’s best stills were taken by her. But she relegated herself to become a fulltime housewife and mother to her four children though she continued to write about their travels abroad. But her still photography took a back seat. The family still has a large collection of her photographs that can easily form the body for an exhibition. Gita Bali, one of the most talented actresses of her time who delivered thumping hits like Baazi, Albela, Baaz and Vachan stepped away from films after she married Shammi Kapoor to become a housewife and mother to her two kids. Why? She was making a big comeback with the Punjabi film Rano ten years after her marriage but died of small pox leaving the film incomplete. 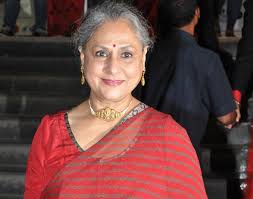 Jaya Bachchan, one of the most talented actresses in Bollywood, dropped out of the cinema radar between 1981 and 1997. She did some films following her marriage to Amitabh Bachchan but came back only in Govind Nihalani’s Hazaar Chaurasi Ki Maa in 1998. Besides bringing up her children, her time and space were spilling over in being the wife of the most famous rising star of India. She was with him during the entire political campaign when he stood for elections from an Allahabad constituency. Questions are still raised about which of the two between the husband and the wife is more talented. Hrishikesh Mukherjee’s Abhimaan carries reflections of this conflict but no one has gone on record to claim the veracity of these rumours. Geeta Dutt with her sonorous voice that finds no parallel among singers today, after marriage to Gutu Dutt, lent her voice only to her husband’s films with some rare exceptions like Basu Bhattacharya’s Anubhav (1971)

Few of the men these women are/were married to are known to have placed barriers to their wives’ talents. They are/were more liberal than the ordinary mainstream husband and open to their wives pursuing their personal and/or professional interests. The Webster Dictionary defines ‘vicarious’ as “experienced or realised through imaginative or sympathetic participation in the experience of another – acting for a principal – having the function of a substitute – taking the place of something primary or original.” The use of this word in current trends on research in women’s studies applies to women who fulfil their achievement needs either completely or predominantly through the accomplishments of their husbands. These great women are vicarious wives.

The “Vicarious Wife” is a classic, post-Modernist example of the perpetuation and the glorification of women caught in “the reflected glory” trap. Webster defines the word ‘vicarious’ as “experienced through imaginative or sympathetic participation in the experience of another – acting for a principal – having the function of a substitute – taking the place of something primary or original.”

Women like the wife of the President or Prime Minister, wife of the Chief of the Defence Services, wife of an ambassador, are ‘vicarious achievers’. They are the ‘invisible’ partner in a two-person-single-career relationship A vicarious wife’s contribution to the husband’s career is neither officially recognized nor financially or socially rewarded. However, the contribution of these women can be measured in economic terms. Without their active participation in their husbands’ careers, their husbands’ careers might never have been! Whether these women wilfully participate in such careers or are shrewdly coerced into it is beside the point. The point is – the total economy of the nation bears the loss of their individual non-participation in the economic growth and welfare of the country they are citizens of. At a micro level, they are deprived of an economic identity as independent human beings in their own right.

The irony is that while the wife’s participation is solicited in order to make the husband stick to a particular job and to rise in it, the wife’s participation is neither recognized nor compensated for socially or economically. This is rooted in that such acknowledgement or reward might actually reduce the importance the organization places on the husband’s work. The wife’s efficiency as a vicarious participant is never allowed to undermine the husband’s professional efficiency or achievement. Often, her contribution to his career is greater than his own. But she remains invisible – she is the vicarious wife.

(Cover picture: Legendary filmmaker Alfred Hitchcock with wife Alma Reville who worked with him on several films, but remained out of the spotlights)