The Nakosa Girls of Satara:"What More Can A Father Ask For?"

KOLKATA: The story of the long struggle of Lalita Babar, 27, who finished 10th in the 3000 meter steeplechase leaping over five barriers and failed to find a place among the medallists at the Rio Olympics this year, unwittingly revealed the incredible back story of how patriarchy in some parts of Maharashtra has dug itself so deep that when daughters are born into a family one after another, the last one is not given a name and is called Nakosa or Nakoshi which means “unnamed.”

Lalita’s youngest sister was thus named Nakusa because the family wanted a male child after several girls and denied her a proper name. Officially, there are around 292 Nakusas today in Maharashtra’s Satara District of which Lalita Babar’s sister, now rechristened Bhagyashree, is one. Maan tehsil in which Mohi falls, and where Lalita comes from, there were around 53 “Nakosa”s who were later given new names to invest them with a proper identity under a State Government campaign in August-September 2011.

Satara in Maharashtra happens to be among the districts in India with a very bad sex ratio tilted against females. In 2001, the female-male ratio stood at 912 females:1000 males while today, it stands at 906 girls to 1000 boys. The 2011 campaign renamed over 200 girls in Satara alone. But has that made any difference in the psyche of the girls who did not have to find out or understand what their positions were from the minute they were born because their names spelt it out – they were unwanted. 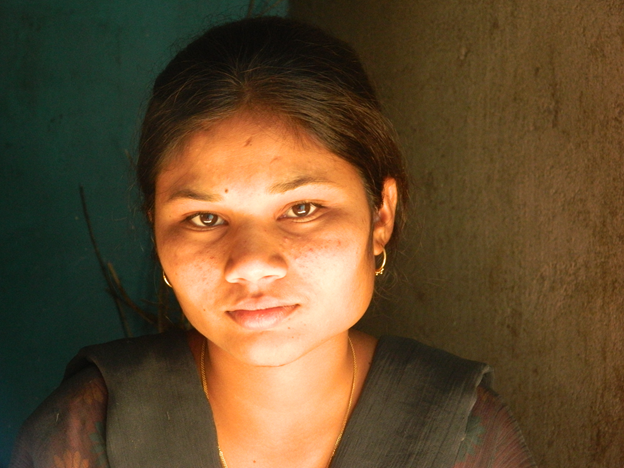 All this and much more came across in a documentary film called Nakusa – The Unwanted produced by NRI Madhav Namjoshi who lives in New Jersey. Namjoshi was impressed with another documentary made by Rima Amrapurkar and Sanjay Shukla, the director duo on female foeticide. He wanted to fund films on critical issues to create social awareness. Madhav Namjoshi Productions produced it and Amrapurkar and Shukla’s Samvedana Film Foundation handled the production of the film.

The film shows the directors approaching girls of different ages but mostly from impoverished backgrounds in different pockets of Satara district. One says that she was named by her grandmother while another says she does not know who named her but it has been a cause for embarrassment for her in school till she got used to it and so did her friends. The thought of carrying around a name that meant” unwanted” not only constantly reminds these girls about being unwanted but also unwittingly perpetuating the belief that their families really did not want them “We realised the impact of the psychological torture these girls must be going through. We felt this urgent need to tell the world about this cruel social truth because few know about this. This motivated us to make the film,” informs Rima.

District Health Officer Bhagwan A Pawar explains that the administration had been concerned about the declining sex ratio in Satara district over the past few years. He added that according to their findings, the female-male ratio fell from 995:1000 in 2001 to 886:1000 in 2011. Says Pawar, “When we launched a vigorous campaign in favour of the girl child in the Mann block, we came across a health worker whose name was Nakusa. We then found out that naming girls Nakusa was almost a custom in these pockets.” 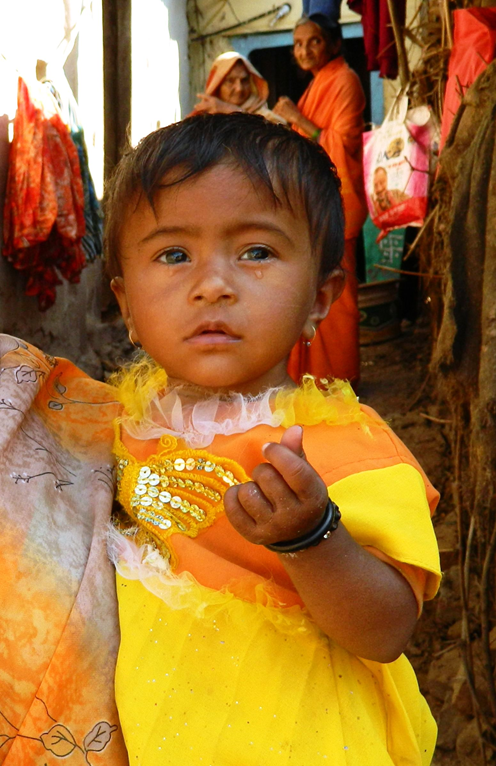 In the film, Haima Deshpande informs that Satara’s villagers never held naming ceremonies for baby girls. Nor did they spend on their nutrition, welfare and education. Many lactating mothers are not allowed to breastfeed their little daughters. Girls who are privileged enough to have been breastfed are not entitled to milk in their diet once they are weaned off their mothers’ milk. Male kids get to eat first, and their sisters make do with leftovers. Likewise, new clothes or toys are a boy’s prerogative. Incidentally, Satara, home to a majority of Maharashtra’s politicians, once had an embarrassing sex ratio of 881 girls for every 1,000 boys.

Asked what motivated her to venture into this unusual documentary along with Shukla, Amrapurkar says, “The thought of carrying around the fact of being unwanted and that too through the name, so not only are you being reminded continuously about this fact but also telling the world every time you take your name... this is psychological torture that goes unnoticed and so some one needs to tell this to the world.. tell the world what these girls feel and think.. so we were motivated to make this film.”

“However the difficult part was spotting these girls as they were spread out. There were no robstacles from the families of these girls, but there were a lot of curious questions. A few friends in the district health department helped us find the girls. They could not attend the shoot as the district administration itself was not very keen on us investigating the topic,” adds Amrapurkar.

Sometime in August-September 2011, the district collector, Dr Ramaswamy N, hoped to change things for the better and towards this end, he launched a house-to-house campaign to identify all girls named Nakusa, and accord them dignity. The DC’s office identified 900 such girls since the campaign but the older girls confessed that they were already so used to Nakusa as their name and known by that name within the family, school and neighbourhood that the change in name did not quite matter anymore but did make them feel a bit better than they did before.The collectorate held a lavish naming ceremony for all Nakusas, and gave each of them a new name. This name defined a new identity for them and was registered with the civic body or municipality. It does not stop there. Their parents are given free rations, and the renamed girl child gets access to the state government’s free education and transportation schemes. Social workers promised to monitor such families and ensure that the child is treated well at home.

Does this ceremonial renaming long after they are grown girls change the status quo of these girls in any manner? Amrapurkar says, “Personally, we believe that official renaming has not changed the status quo of their lives because as long as everyone around them does not call them by their changed name, they will never be able to forget what their name originally was.” Having lived for several years with the socially ostracizing name, the feeling of betrayal by their loved ones is still deeply rooted in their hearts. So, even if their parents and others in the family do call them by the new names, they are confused about whether they are being called by their new names because the government wants this or whether the family really wants to call them by their new names.

“Basically, the girl identifying herself with her childhood name says that she is still not sure if her status as ‘unwanted’ has changed. To put it straight, these girls were betrayed by their family by being labelled ‘unwanted’. Then, the government made an event of renaming them, but did not bother to change the names in places where it mattered such as on birth certificates, on school/college registers, gazettes and so on. So the confusion of their status wanted/unwanted still continues,” sums up Amrapurkar.

Shivaji Babar is a proud father of three daughters today. His daughters Lalita who turned out to be the magical sprinter who flies across the hurdles, has a job with the railways. Jayashree, the second daughter also works with the railways while Bhayashree has joined the police force. “Girls are no less than boys” says Shivaji Babar. “What more can a father ask for?”