The Fine Line Between Hope and Despair

While we humans are endowed with an amazing capacity to handle hope and despair, these in turn engage us in behaviours that shape our future. The choice is either to generate positive thoughts or go the negative way with expectations about the future, regardless of the present circumstances.

Sometimes we are stuck mid-way…and sometimes we spin from one direction to the other…all depends on what life throws our way and how we deal with it. It’s all about acceptance and denial. Life is cruel most times. We live in a world where we are directly or indirectly affected by war, sickness, betrayal, hatred, tension and chaos.

A message shared by a dear friend the other day: ‘One day, I would like to turn on the news and hear there’s peace on earth’ made me think about the enormity of that one sentence. We all want to be happy yet joy is elusive for most people. The primary reason being that people expect their happiness to come in from big things but to have a truly happy, peaceful existence, it is necessary to find happiness in little things as well. 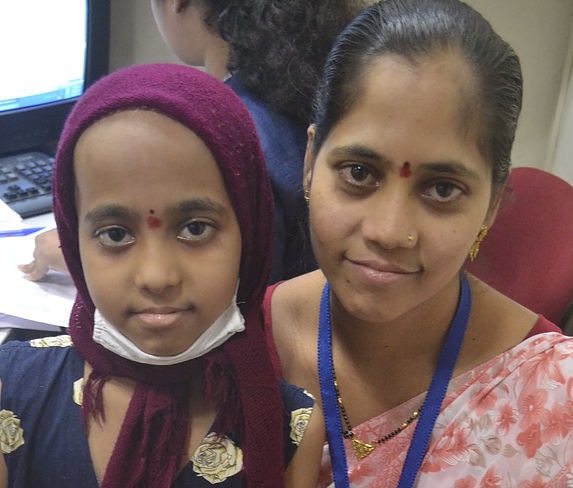 Then there are also people and organisations that go out of their way to add a sparkle to those that need it…they re-kindle that faint glimmer of hope and like a ray of sunshine, they help in lighting up lives.

We take our health for granted and probably one of the worst scenarios to deal with is of seeing a loved one affected by cancer. More so when it affects the young ones - Sadly cancer is still the most common medical cause of death beyond infancy in children and young people. This is where I have seen the thin line between hope and despair dangling precariously. It is by chance that I came across the Children’s Cancer Care foundation. This is a crowd-funded initiative that was started by a group of like-minded people in Mumbai to raise funds for children from less privileged homes needing chemotherapy.

It all started way back in 2014, one warm summer afternoon. Adnan Noorani entered Tata Memorial Hospital to visit a young patient who was starting her first round of chemotherapy. He had earlier helped raise funds for this treatment through friends and family and the patient wanted to meet Adnan before she actually started the treatment. That is where he met with the IMPACCT Foundation Team that is part of the hospital and helps patients suffering with paediatric cancer and was very impressed with the excellent work they were doing. However, during this interaction he realized that despite all the help already being given, there is a long list of children suffering from a curable form of cancer whose chemotherapy was yet to start due to lack of funding.​ ​ 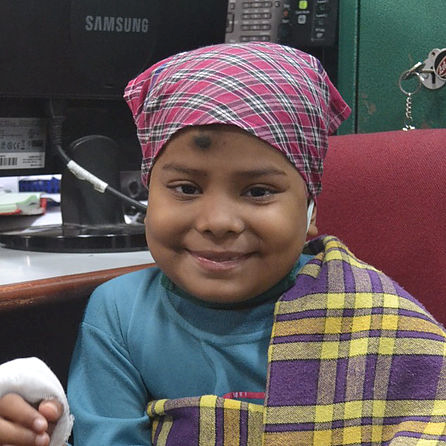 The CCC foundation aims to provide a completely transparent method for members of the community to provide last-mile financial support towards treatment for children from less fortunate backgrounds that are suffering from cancer. They bring focus on cases validated by IMPACCT Foundation at Tata Memorial Hospital only. They provide donors with a direct financial link to the hospital account of the child/children they wish to support and use the digital route to enlist potential donors and spread information about the children who need help.

Realizing the continuing need to raise funds, Adnan envisaged a plan wherein he could use technology to help reach a larger audience and crowd source funds. Adnan put together a team of like-minded people viz. Ms Raksha Shetty, Mr Yash Sanghvi and Ms Preeti Motwani and www.childrenscancercare.org was launched on his 18th birthday which fell on 28th Sept 2014.

The stories of the young children affected by this dreadful disease are heart-wrenching. Young Zakia comes from the city of Lucknow and is here with both of her parents. The family relocated here in 2012 upon doctor’s suggestions. Zakia’s initial symptoms were a swollen chest and upon showing it to doctors her samples were sent to Delhi. Experts in Delhi found a few cancer cells and then advised the family to go directly to Tata Memorial Hospital. A biopsy at Tata Memorial confirmed her cancer. She was initially treated and recovered, however 4 years later she developed a pain in her stomach and doctors found a tumour in her stomach as well. She currently needs funds to support her chemotherapy and well we can all help. Zakia’s family has sold of their small jewellery business in Uttar Pradesh and the land that they owned to raise funds. However the expenses are far too much for them to cover. Zakia always speaks fondly about her hobbies such as colouring, drawing and solving puzzles. She looks forward to going back to her city in UP one day. 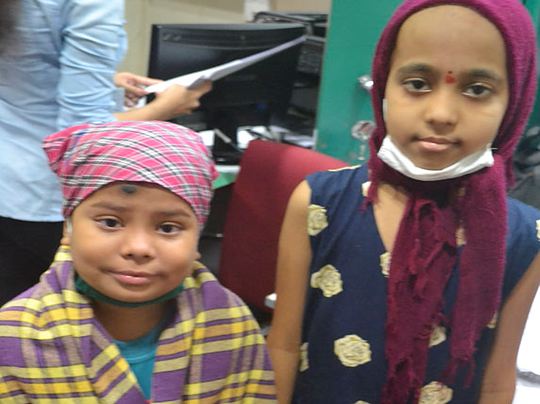 Mayuri comes from Ratnagiri and has already been at Tata Memorial Hospital for 2 months. Her symptoms began when she developed a really bad cough. Upon consulting with a doctor she was told to go to Mumbai instantly. A tumour was found at the hospital and she was prescribed treatment for 6 months. Her mother is currently living with her relatives in Parel and her younger son and husband are currently back in their village. Her father works as a farmer in Ratnagiri and is doing his best to provide for his family. Mayuri’s mother Manasi speaks extensively about her great experience at Tata Memorial Hospital and how the doctors are very helpful in explaining everything that was required. Mayuri talks about how she enjoys studying and reading. Her hope is to go back to school as soon as possible as she has only attended up to grade 5. She also feels overwhelmed in a big city like Mumbai and wants to go back to her father and brother in Ratnagiri.

At the young age of 4 years, Mohammad Yusuf had experienced a swelling in his stomach, in his hometown of Kolkata. He arrived at Tata Memorial Hospital on January 25th and has been recommended to have treatment for a total of one and a half years. The family has already lost another child to cancer and is trying their best to fight this battle again. The family is currently living with their relatives and Mohammad’s father has a job as a watchman at the hospital itself. His experience at the hospital has been great as the doctors understand him well and the nurses help him out with any doubts he has. He says the processes at the hospital are very efficient and things get done much quicker than in Kolkata. He also talks about a time when a doctor put his son on his shoulders and walked all around the hospital with him in order to distract him and feed him his medicine. He feels that the programs and study courses they have for children at the hospital are great, along with the support system he has from other parents facing the same ordeal.

Ishu is from Allahabad, UP and is here with his father and grandfather. Unfortunately, his mother had to head back home to UP as she is expecting her second child. Ishu also has an older brother who he constantly talks about and he is very eager to meet him again. His treatment started on the 7th of April and is scheduled to go on for 8 months. The donors have been extremely generous and raised enough funds for Ishu. He is recovering well as of now and that is all thanks to the wonderful benefactors of CCC. Ishu is extremely fun and very entertaining. He is a very talkative and bubbly child who is constantly showing off his belongings in the ward such as his toothbrush, blanket and even the sanitizer provided to him. He effectively demonstrates the way the doctors come in and talk to him and even tries to draw. His family is very grateful for all the support they have received.

Adnan and his team hope to achieve this with each of their patients. Simply put, no child should die of cancer, because they couldn’t give or raise enough. No amount is too small especially when it is going towards the welfare of a patient.

CCC strongly believes that the movement to help children fight cancer must never stop...! After all, it is all about saving a precious child's life.

A testimonial by one of the doctors in the hospital sums up the work of CCC beautifully where he says that 'CCC' actually stands for Compassion, Care and Commitment towards children fighting cancer in its highest form.

What I find extremely noble about the foundation is that the efforts of CCC to raise funds are all self-financed. They provide 100% transparency on donations made. Payments are accepted only through cheque, credit card or bank transfers and go DIRECTLY into the child’s account at Tata Memorial Hospital. They do not deduct any percentage from the donations made unlike some NGOs and so a 100% transfer is made of donor funds to the patient. No administrative fees are deducted as the foundation bears the costs.

I am sure if we all pitch in, we can double the efforts of CCC and contribute effectively in saving young lives. Lastly, no amount is ever too small…it all adds up to in the end.