John Kerry is Right, We Do Need Boats to Move Around in the Capital of India

The monsoons are synonymous with freshness, greenery, joy and a much-awaited respite from the heat. After months of the scorching sun and coping with the grime and dust, the rains are a much-needed balm to soothe the senses. It is a relief to feel those cool drops when you step out. There is a sense of freshness all around, as the rain goes about cleansing everything it falls on. Rightfully so, the monsoon season in India is a thing to behold.

Our country truly is a land of splendour and serenity. The start of the monsoons infuses the surroundings with greenery and this is the only time when the air freshens and dormancy comes to an end. So who doesn’t love the monsoons? Well, all those living in the top metro cities of this country certainly don’t because of the ‘additional baggage’ that comes with this season. The birds chirp in euphoria while we humans cringe.

We watch weather updates; keep an eye on the weather news, read up on minute-to-minute updates, Google traffic routes and WhatsApp random people to check about the state of the road/flooding/water-logging etc. just so that we are not the cursed lot to be stuck anywhere but home. The very words, “It is raining” causes a sinking feeling. It all boils down to this: The amount of rain can either make or break your day! 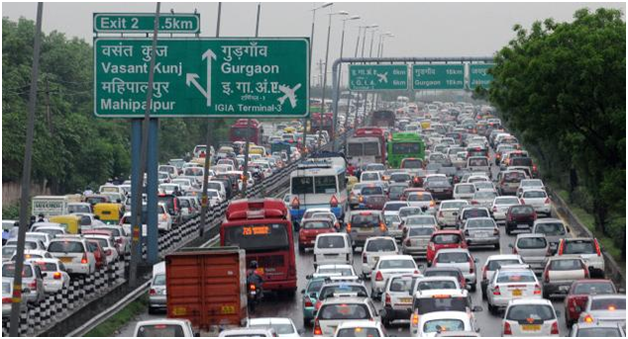 On the other hand we have our farmers, who are most dependent on the Indian monsoons and more particularly the rains, consider the monsoons to be a blessing as it drives them out of all wretchedness and melancholy. In their prayers, a nation of farmers asks for a good monsoon, without which the country will descend into famine.

The main monsoon season in India runs from June to September and the question foremost on our mind is: How bad will it be this year? Travellers coming into India always ask the same: Is it possible to travel across the country during this period? Office goers ask: How long will I be stuck in a jam? Students wonder: Is it even worth attending class at the risk of getting stuck for hours on the road?

The eternal return of the monsoon is always a surprise: Will it be early or late, heavy or weak, regular or brutal? A weak monsoon, delayed or prolonged interruptions becomes a dramatic turn for hundreds of millions of Indians whose economic life depends entirely on the contribution of these monsoon rains. Drought can cause significant humanitarian and financial damage.

Heavy rains bring our cities and towns to a standstill within minutes. A deluge or cloud-burst can damage many buildings, especially in hilly areas. Every year, there are deaths from drowning and through vector and water borne diseases transmitted by insects that breed well in these conditions.

This morning’s heavy downpour is already catastrophic. A fresh spell of heavy rain – timing itself well so as to start just when everyone was rushing off to work/school/college has lashed Delhi NCR and Hyderabad and has already led to waterlogging in many areas and massive traffic jams in both the cities, leading to people stuck for long hours on the roads. Terrible traffic snarls were seen on roads heading towards Gurgaon and Noida. This is the third time this month where several areas are waterlogged and the city is reeling under heavy traffic snarls. Naturally this has led to heavy traffic congestion and vehicles being stuck on the roads for hours.

Fresh on everyone’s minds is perhaps the fact that it was only last month that Gurgaon experienced what was perhaps its worst traffic nightmare due to flooding caused by heavy rainfall. Schools and offices had remained shut for a couple of days. The local authorities and government had also faced a lot of flak because of poor preparation ahead of monsoons but that is a story that is played out year after year with no lessons being learnt or improvements being made. And so, last Monday and today have been no different either as complete chaos and mayhem was the order of the day.

It comes as no surprise that Chikunguniya, Typhoid, Malaria, Dengue and Viral fever have made a comeback. Due to the change in the season, contaminated water, uncovered drains, and stagnant water making it a good breeding ground for insects, doctors are witnessing a spurt in the numbers of cases related to humid weather and waterborne diseases. Bacteria, virus, fungi and parasites grow exponentially in warm and humid weather. Poor or no drainage and copious amounts of water collected on either side of the roads are making things worse.

Busy in the hustle-bustle of our lives, and waking up to ‘headlines’ such as “Delhi, Gurgaon Locked Down by Pounding Rain, Hyderabad Recovers”, “Heavy Rains, Floods Throw Life Out Of Gear In Assam, Bengaluru And Delhi” and “Heavy rain brings Mumbai to a standstill; flights, trains delayed” have made us forget the importance of winsome earth, which has given us birth and nurtures us even after death. Unfortunately due to the moribund nature of urban lives we have forgotten about her.

Missing flights and trains are routine… Being late for meetings is acceptable… Sitting in the car for hours moving inch by inch is the norm… Panel discussions on television on the same issue are rampant… Dealing with undependable public transport a way of life… So where do we go from here? For on ground, the situation has only worsened. Maybe, John Kerry is right… We do need boats to move around this city!

(The rains and choked traffic delayed US Secretary Of State John Kerry who reached IIT Delhi an hour late. "You guys all deserve an award for getting here today. I don't know if you guys came in boats or amphibious vehicles of some kind but I salute you," he said when he finally managed to reach the venue. He had to cancel some other scheduled visits even as reporters accompanying him tweeted their exasperation about the traffic snarl.)