NEW DELHI: Former Chairman of the Press Council of India and former Judge of the Supreme Court of India, Markandey Katju has been known to court controversy through his social media posts. Having faced criticism for calling Mahatma Gandhi a “British agent” and Subhash Chandra Bose a “Japanese agent” or posting that “it is not ethically permissible for judges” to have live-in relationships -- Katju’s social media feed has routinely found itself as a source of headlines.

Controversial comments aside, the retired Judge seems to have found a new pastime when it comes to his social media posts: poetry and limericks. The Citizen reproduces some of these without comment. 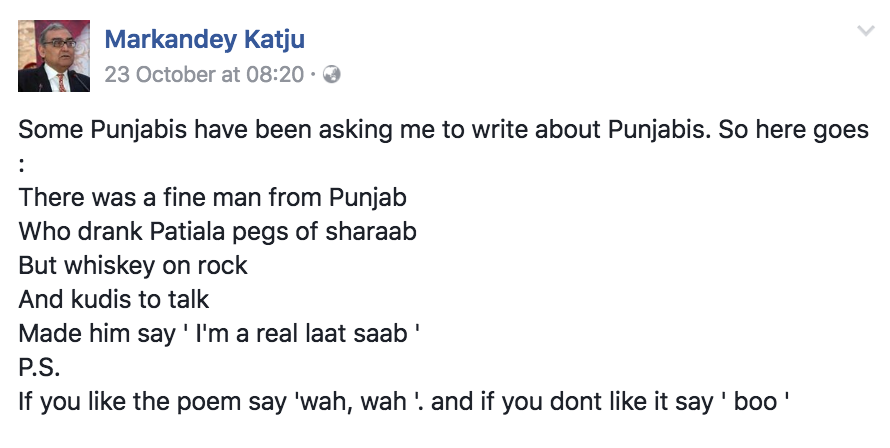