"We Can't Breathe" In Pictures: Delhi Chokes In Polluted Smog

Delhi’s air has turned into toxic since the festival of Diwali. The capital city of India has been engulfed with smog –- the worst in the last 17 years. The peak level of respirable pollutants PM 2.5 and PM 10 has crossed safe levels multiple times over. According to the World Health Organisation, the Indian capital is currently the world’s most polluted city.

The effects are myriad: the hazardous pollution can cause respiratory problems, eye itchiness, poor visibility, not to mention possible lung cancer. The elderly and children are worst affected. In fact, a new United Nations Children's Fund report highlights the negative impact of polluted air on children, noting that children are more susceptible than adults to both indoor and outdoor air pollution as their lungs, brains and immune systems are still developing and their respiratory tracks are more permeable. Young children also breathe faster than adults, and take in more air relative to their body weight.

To tackle the menace, the Delhi Government held an emergency meeting on Sunday and announced a slew of measures, including shutting schools and stopping construction for the next week. The Central government also described the situation as an “emergency.”

Yet, the smog continues to engulf the capital city, with crackers being heard across the capital on Monday morning. Aaqib Javeed and Khalid Khan turn their lens to the grim situation on Delhi’s streets. 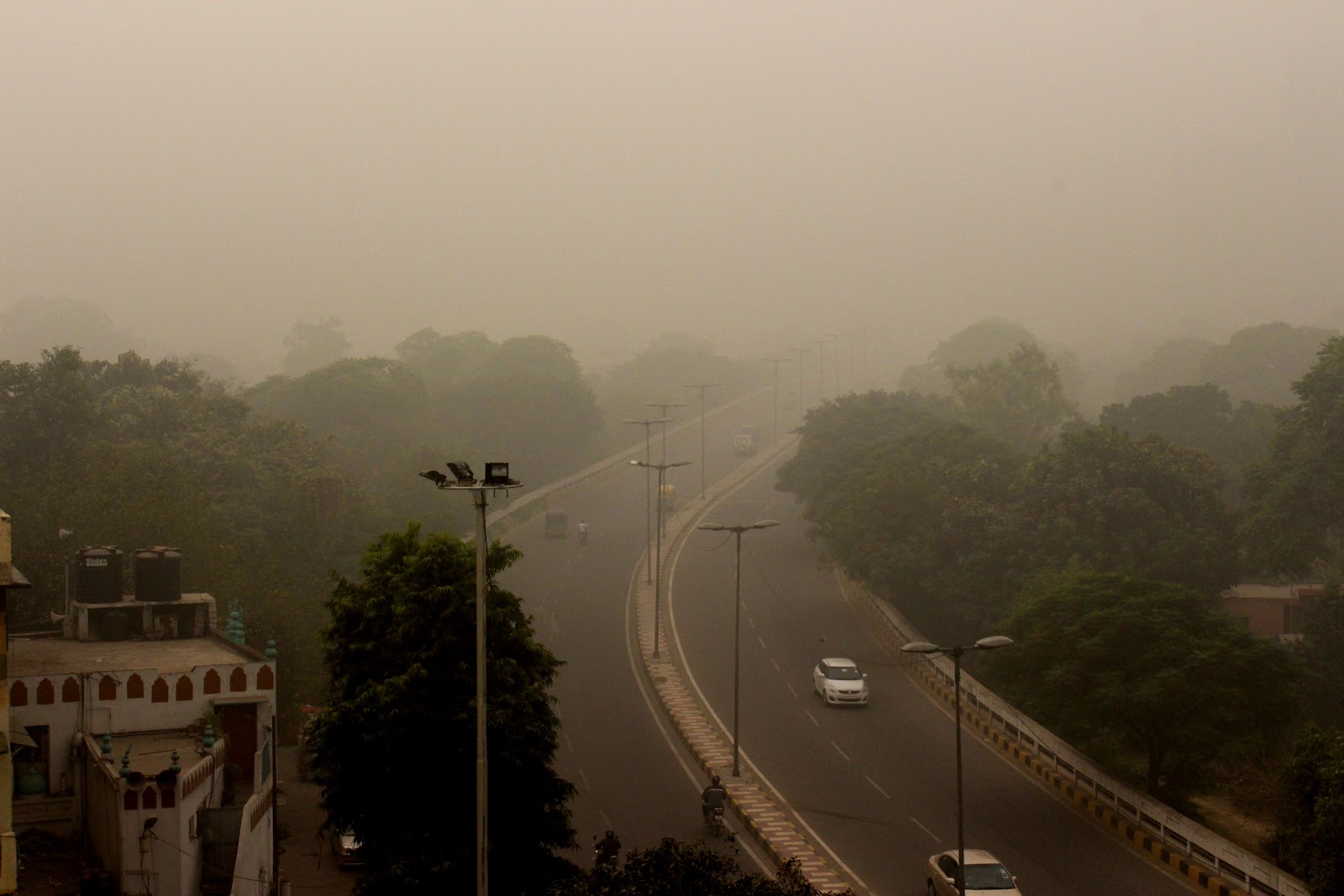 A view of the smog that has gripped entire Delhi since Diwali. 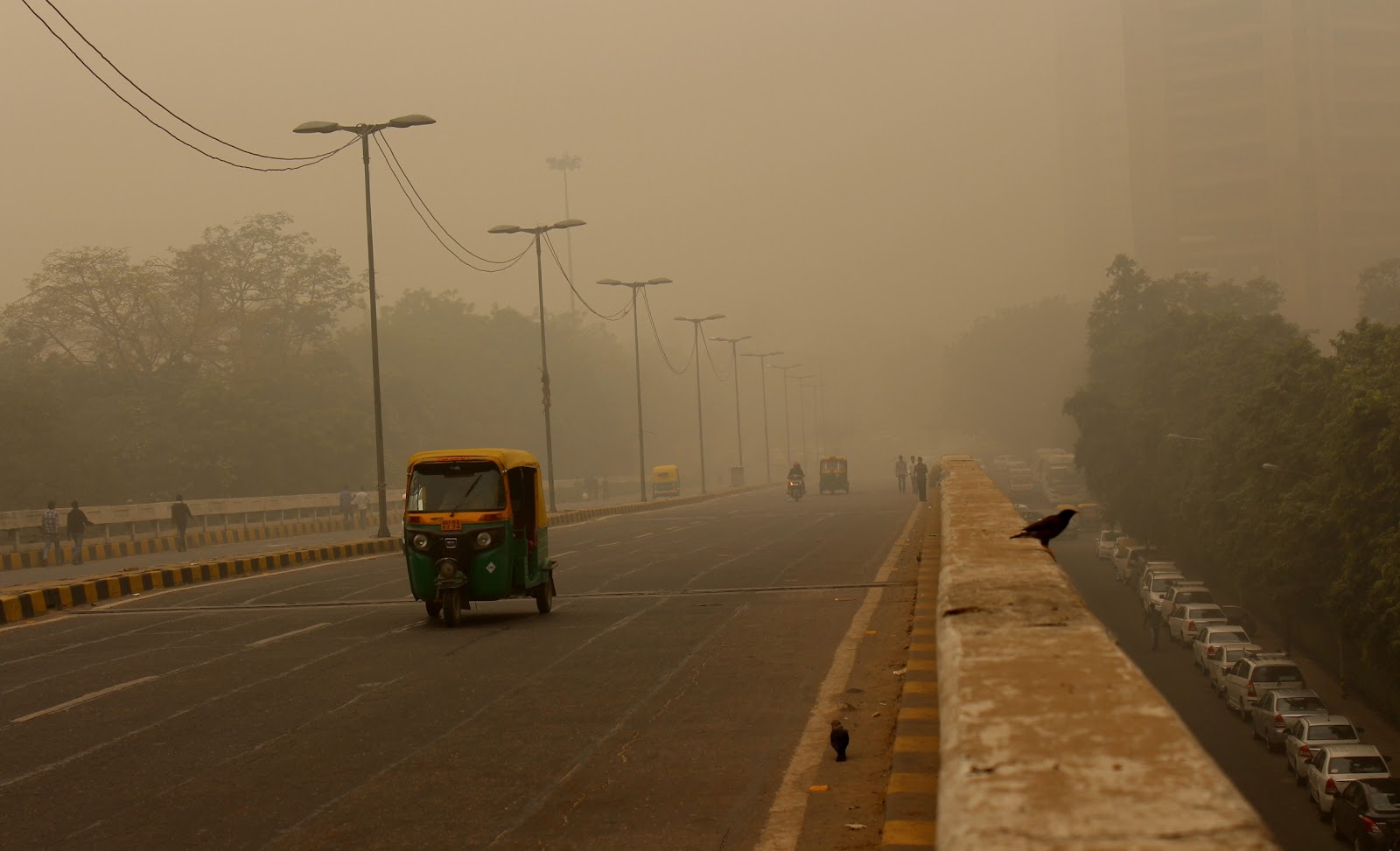 An auto plies in smog covered street in Central Delhi near Barakhamba. 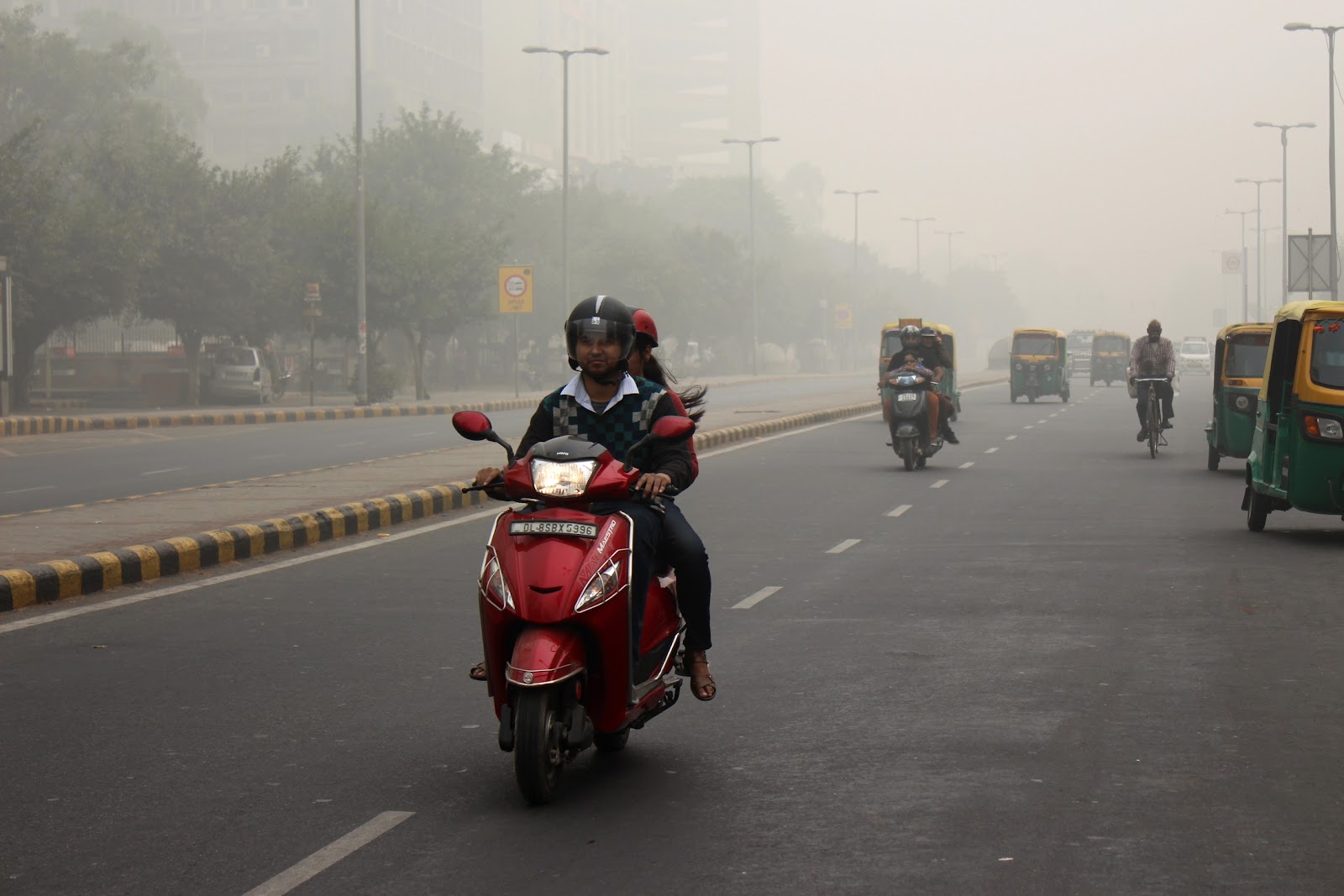 A scooty rider travels with light during daytime. 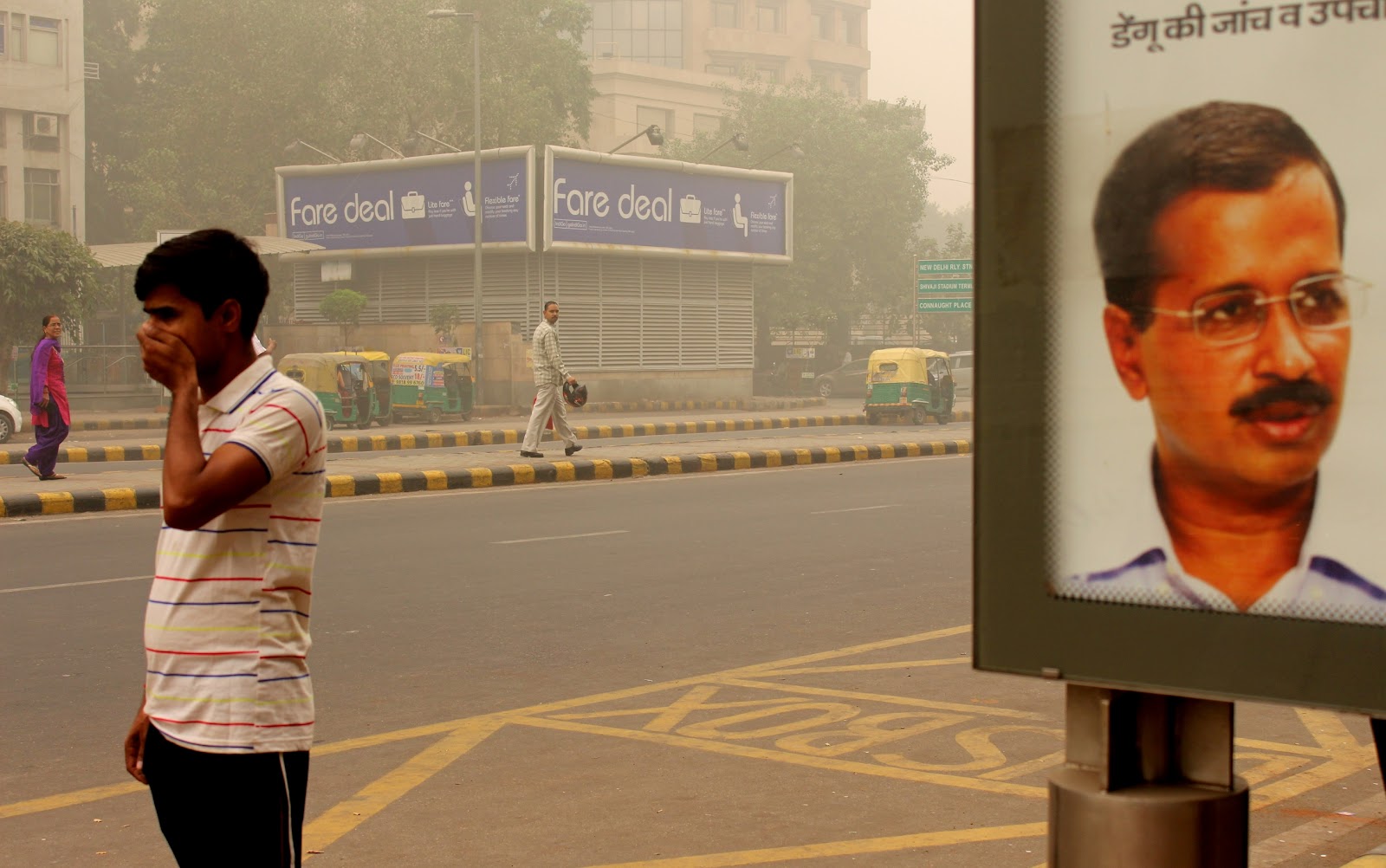 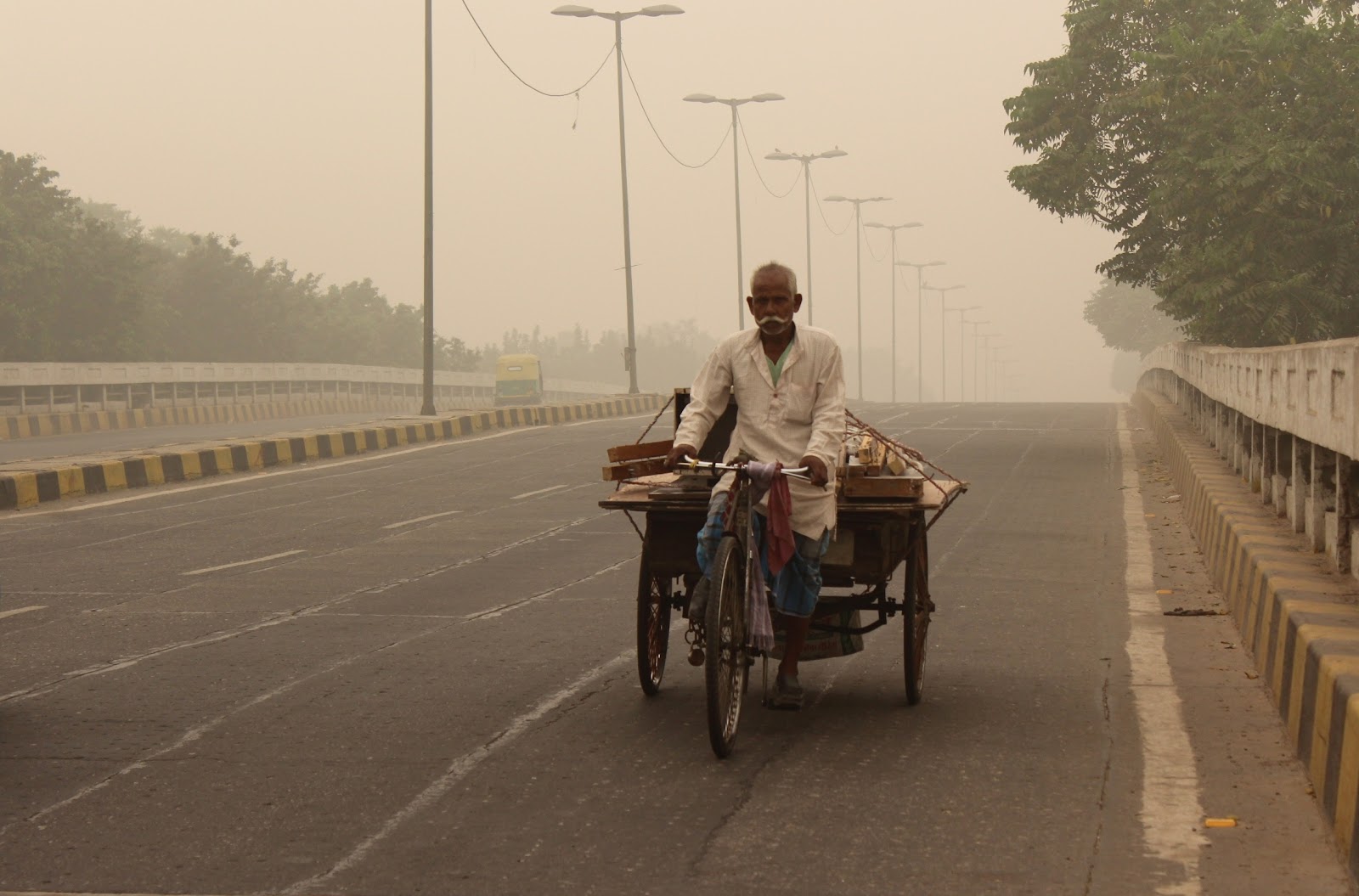 Doctors have issued advisory to children and elderly asked them to stay indoors. 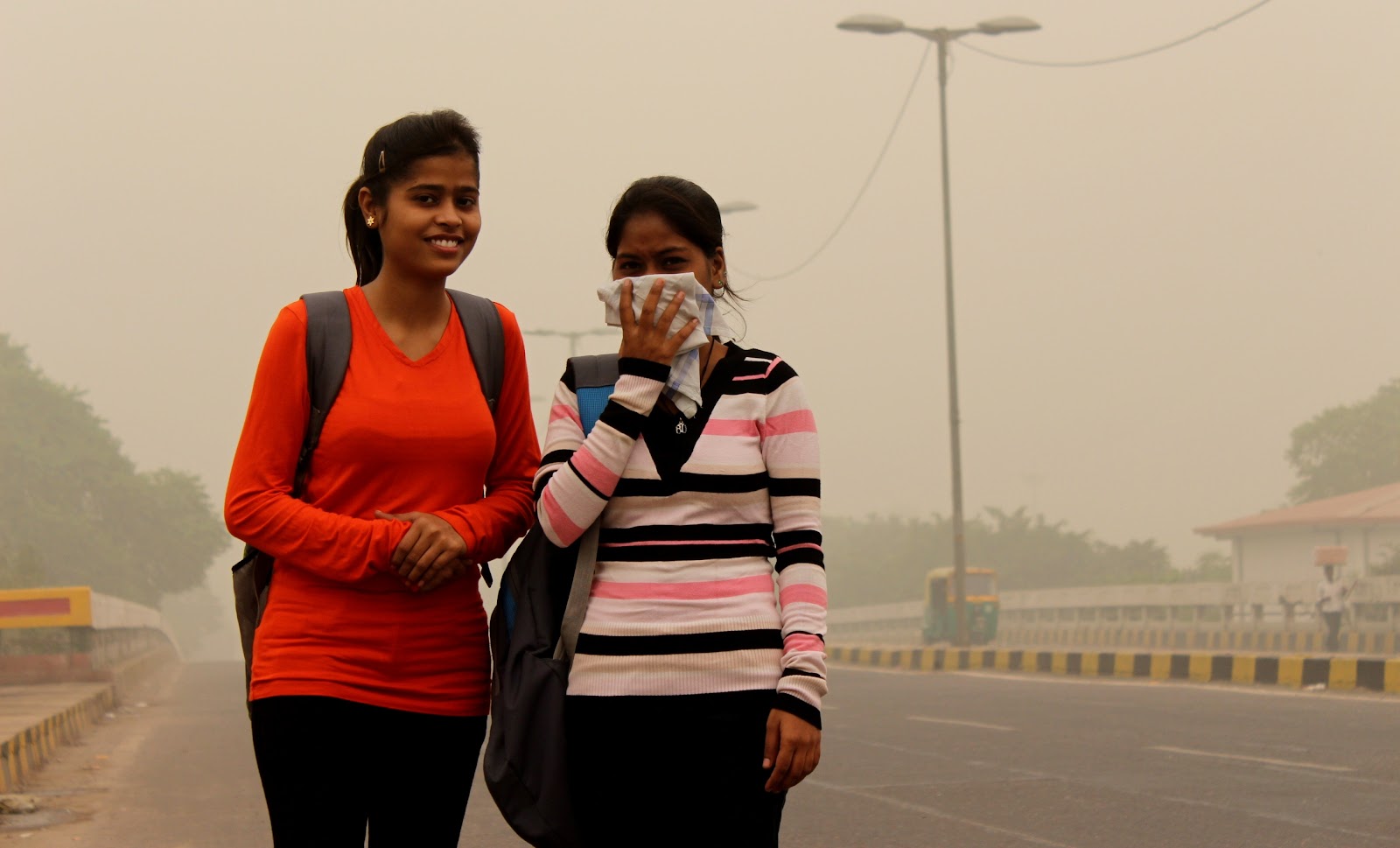 College students, children and elderly have been the worst hit. 1800 schools have been shut over this alarming issue. 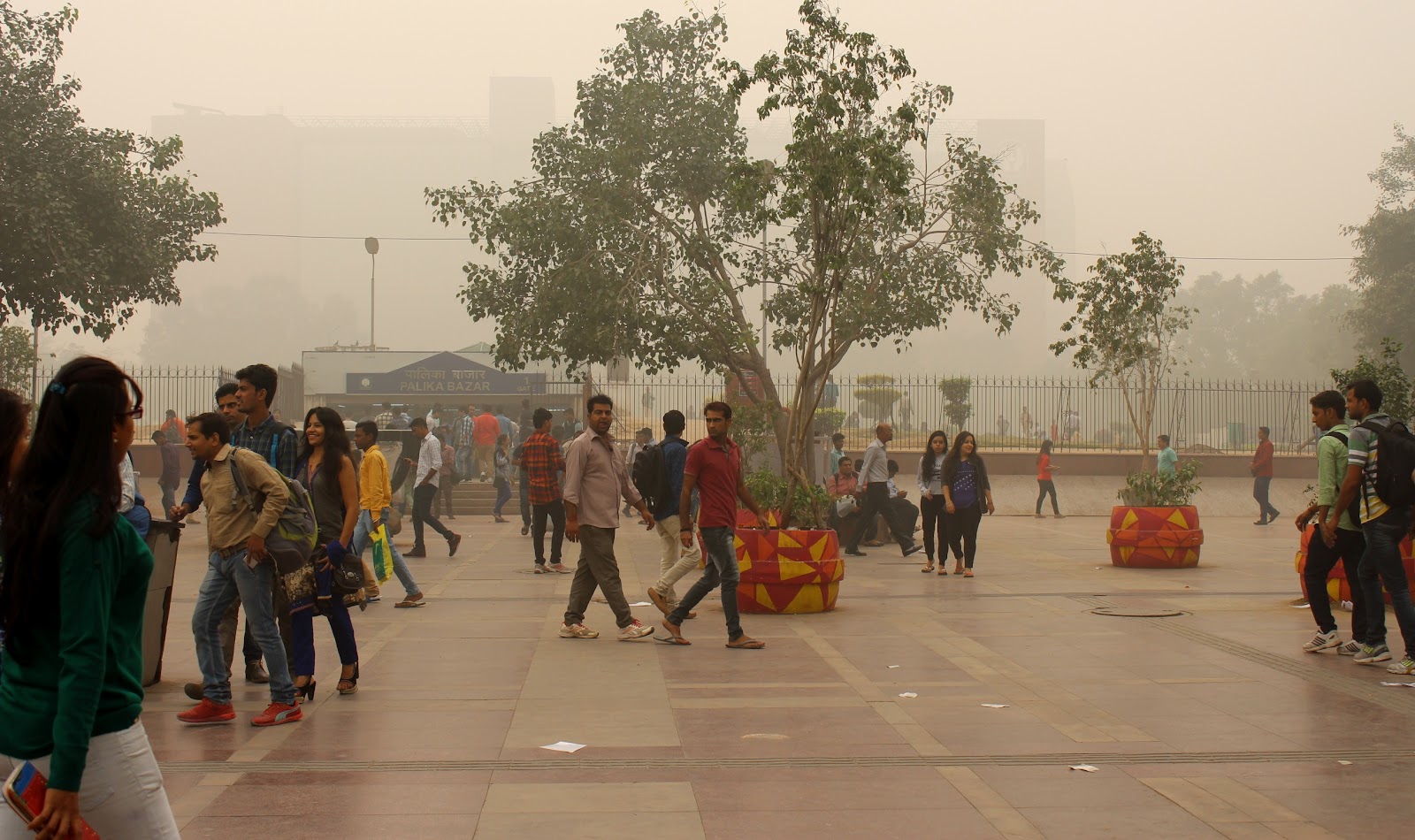 Thin movement of people was seen outside the famous Palika Bazar. 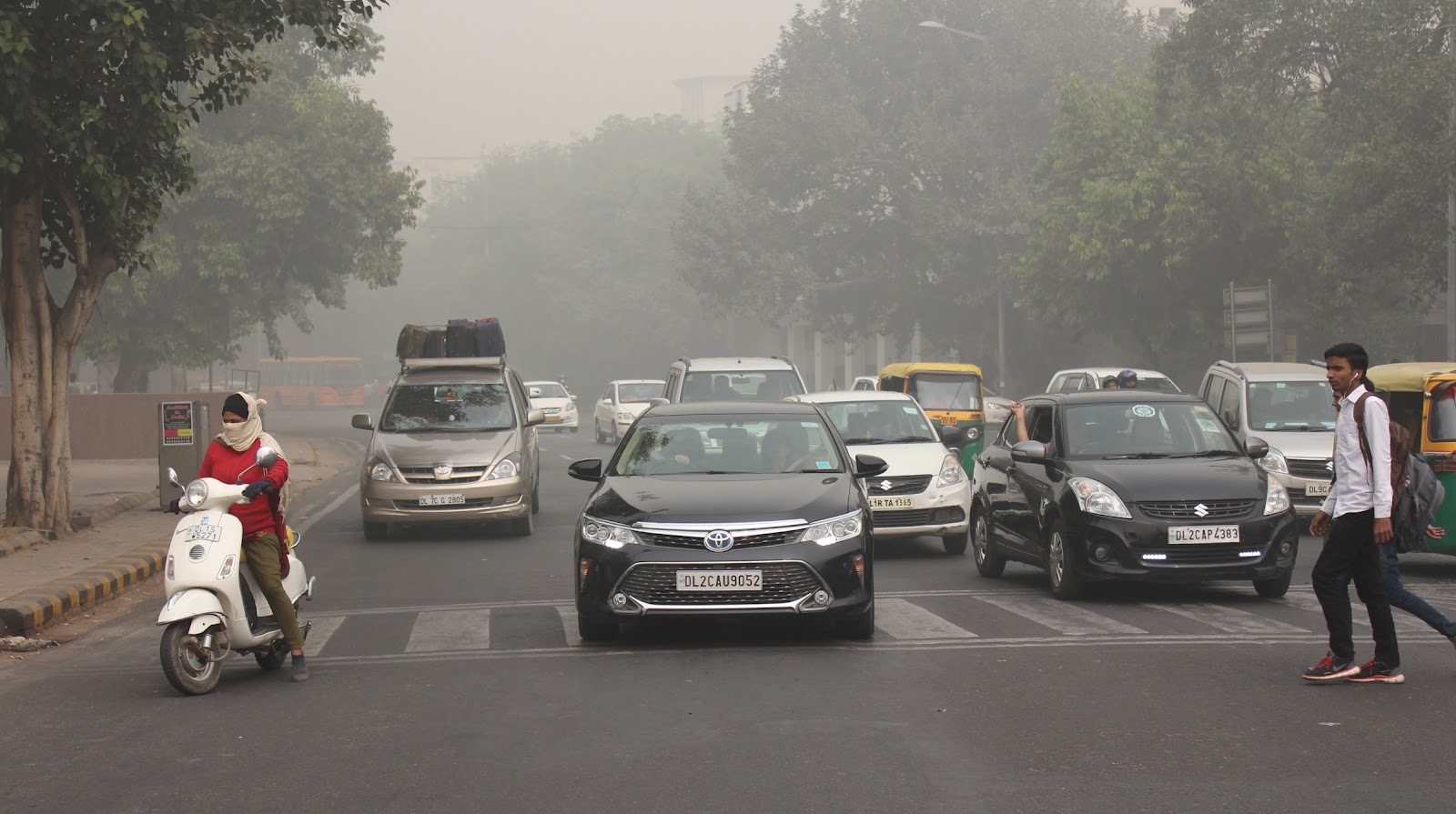 Experts are suggesting, vehicular movement should also be restricted to curb pollution. 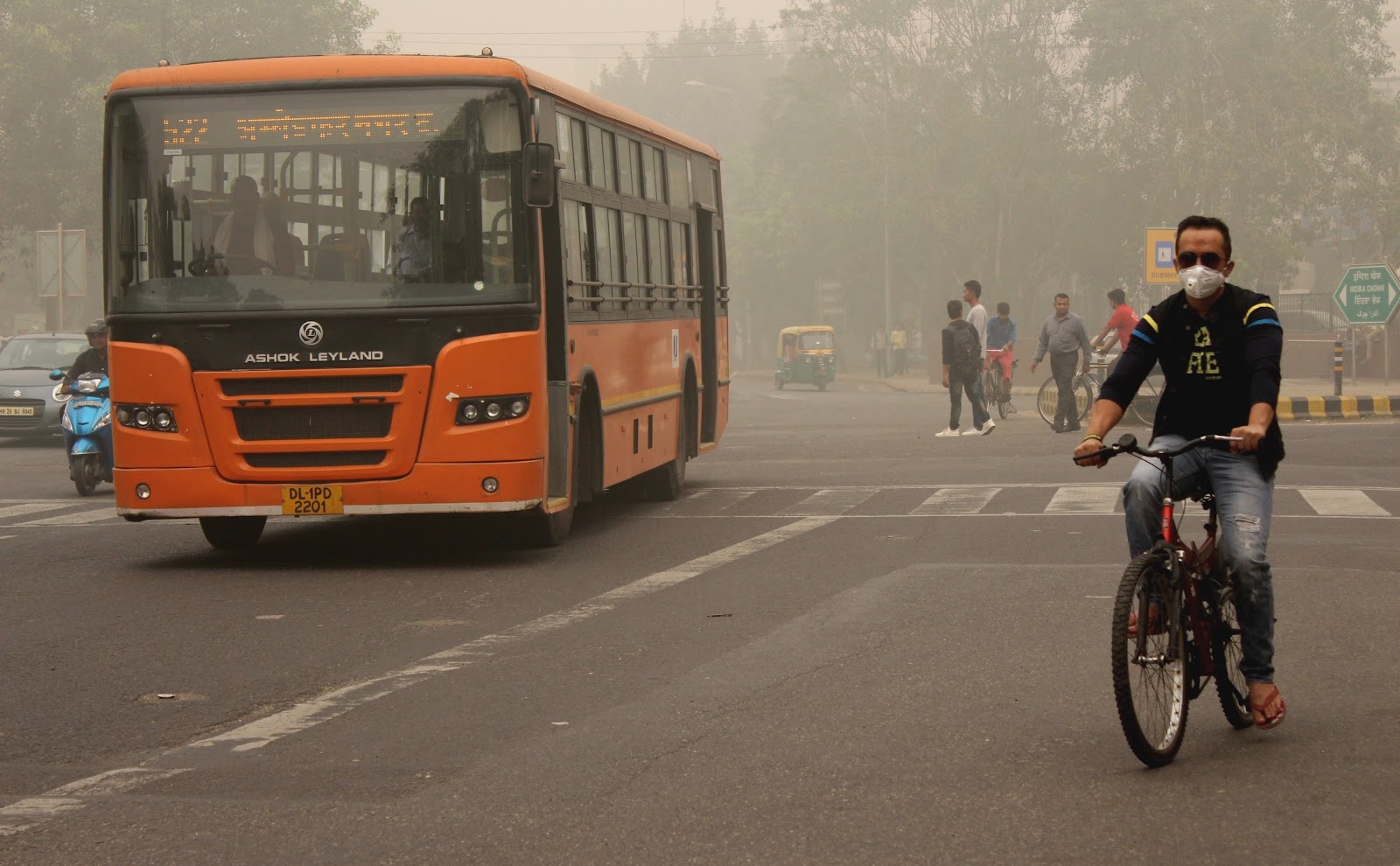 A man wears a mask to avoid consuming poisonous air. 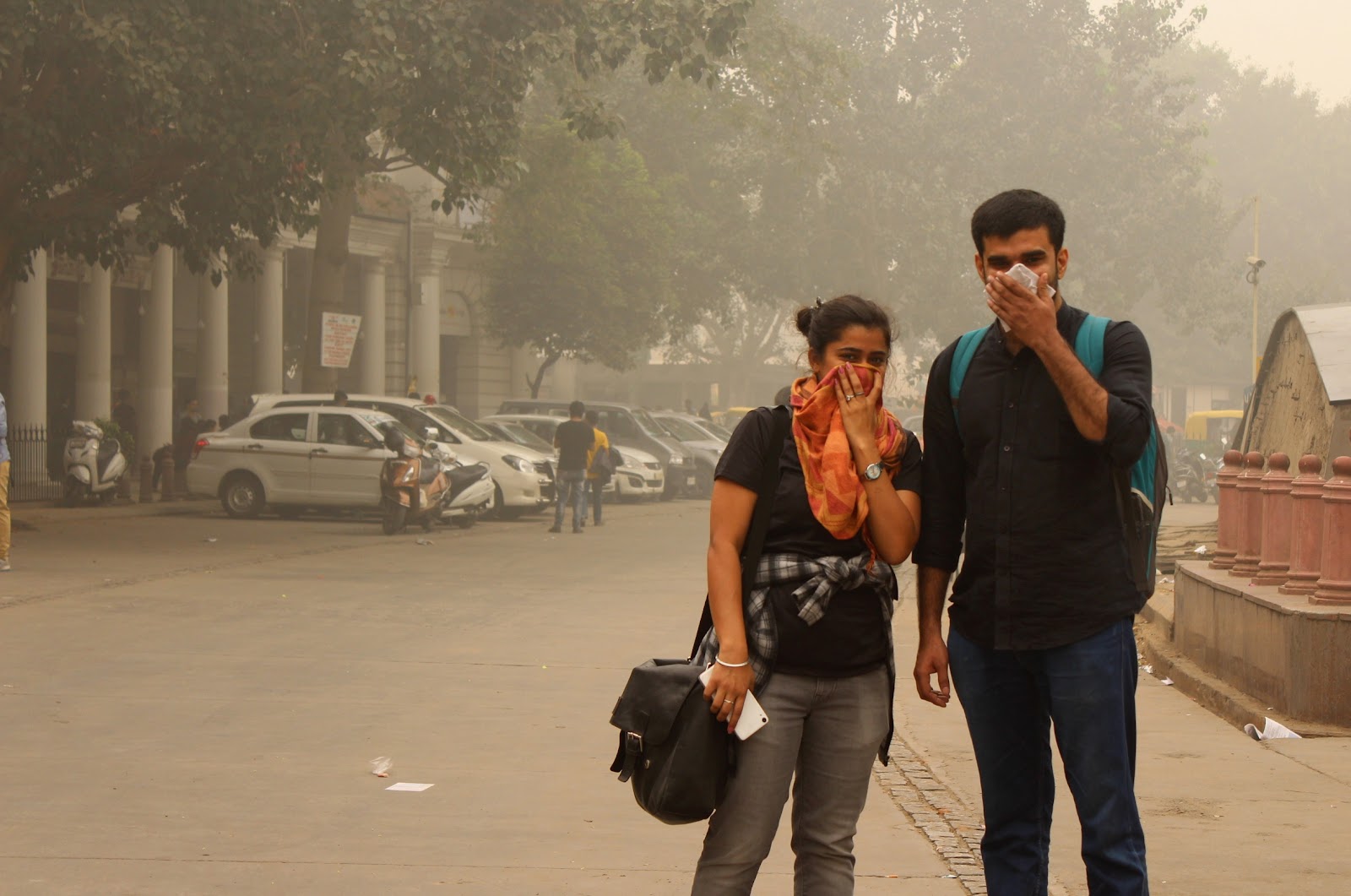 People who have been travelling to capital city these days also suffer from respiratory and eye problems. 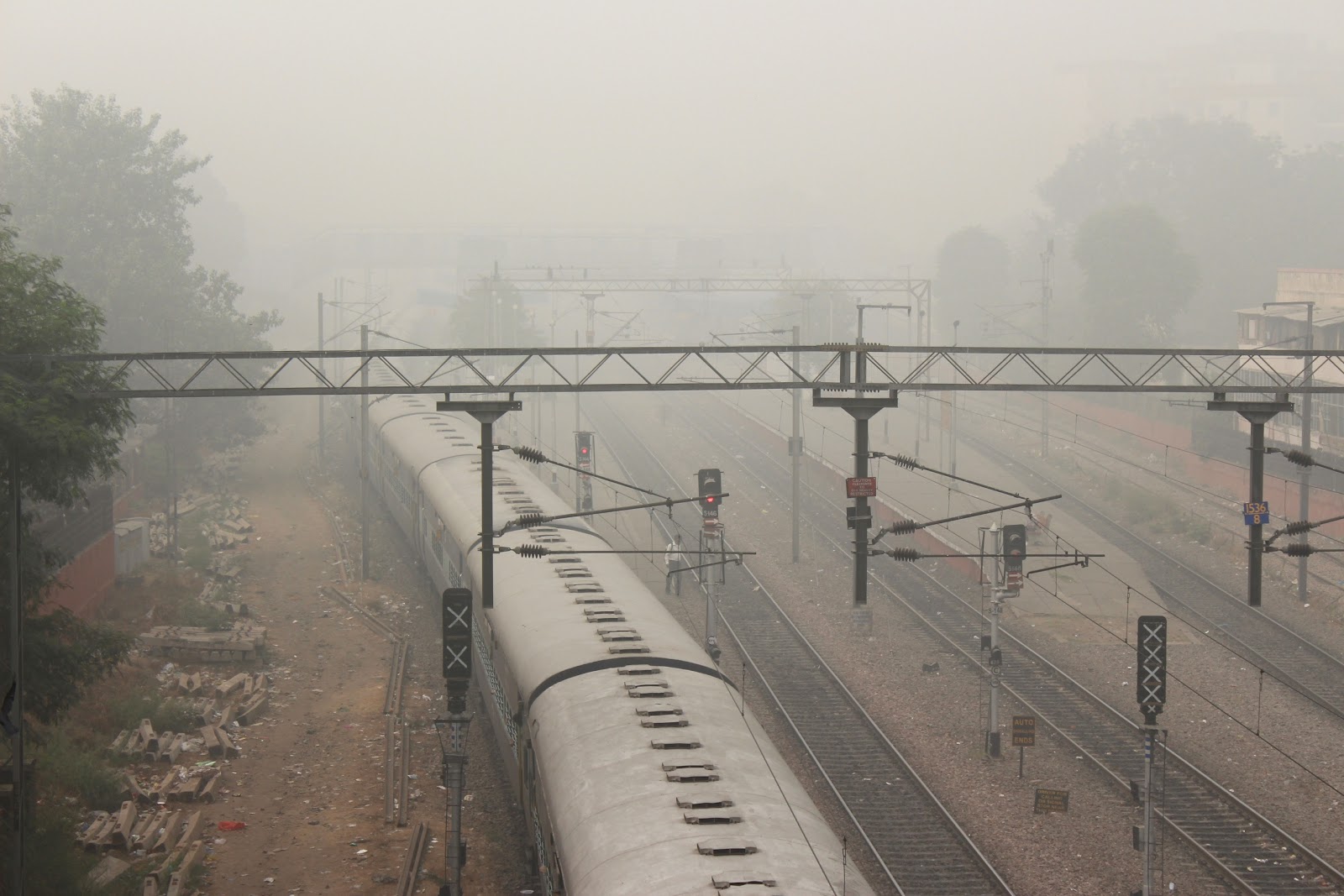 Train passes amid the thick smog. 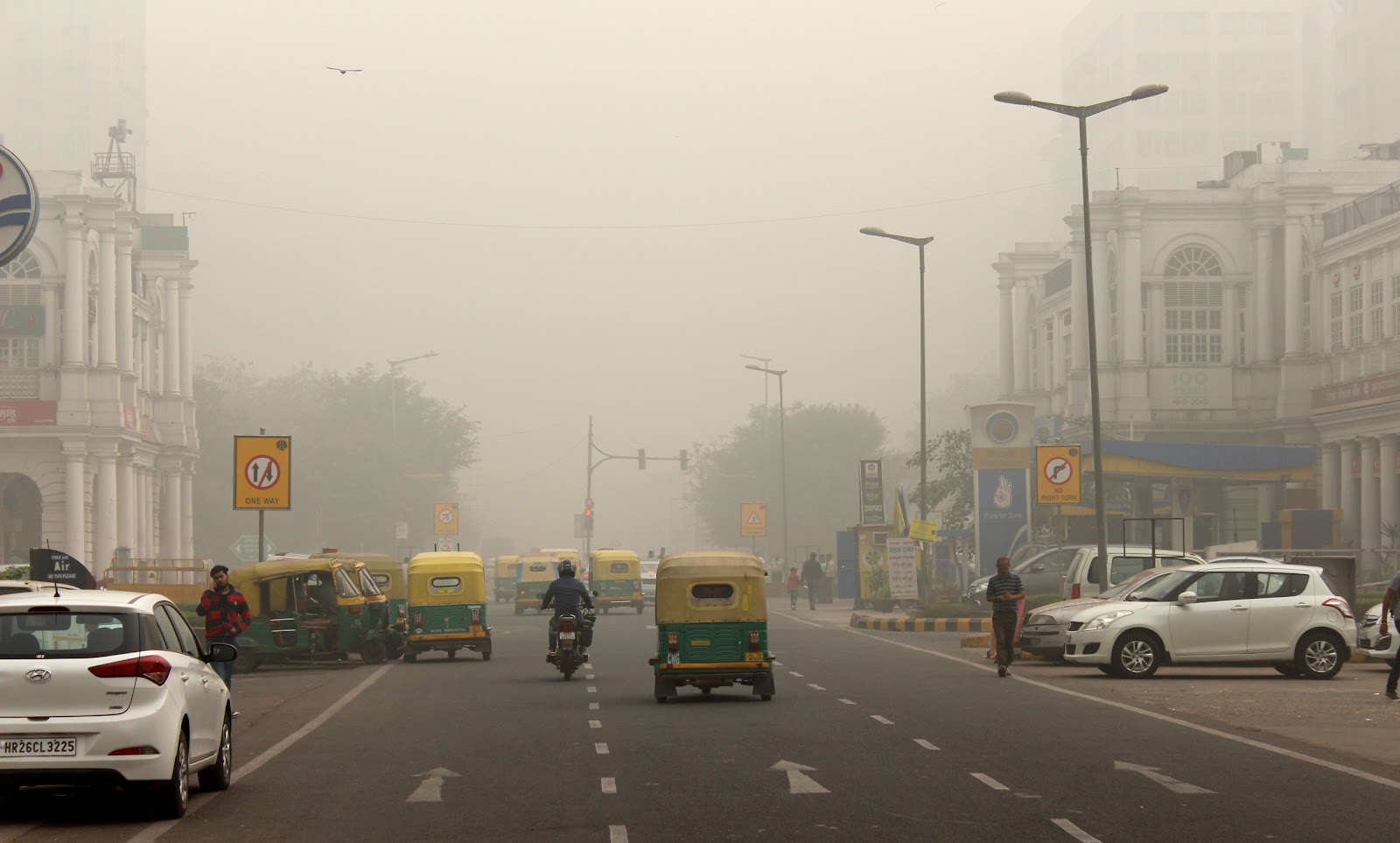 Poor visibility on roads may cause traffic accidents.