The Pixels Of Demonetisation

NEW DELHI: Prime Minister Narendra Modi’s decision to demonetise Rs 500 and Rs 1000 currency has thrown the country into chaos. The queues outside banks, ATMs, the hours of waiting, the moment of bliss when the money is actually received, has turned the streets of Delhi into a theatre for photographers. Below are some photographs mirroring the responses as the citizen waits in line to receive what is theirs: 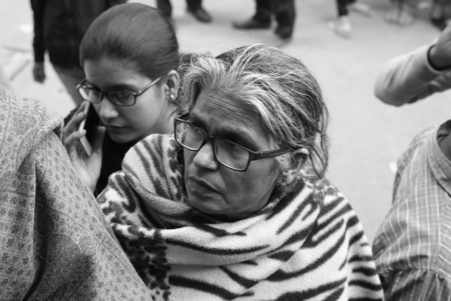 Vidula, a resident of DLF Chattarpur, looks confused as she tries to figure out whether or not she will be able to withdraw her pension money amid the chaos around her. Having her account in Dena Bank’s Chattarpur branch, she has come to withdraw 24K rupees but was told by the people in the queue that the bank is only distributing 6K rupees to each customer. When asked if there is no separate queue for senior citizens, Vidula said she is 57, technically not a senior citizen. 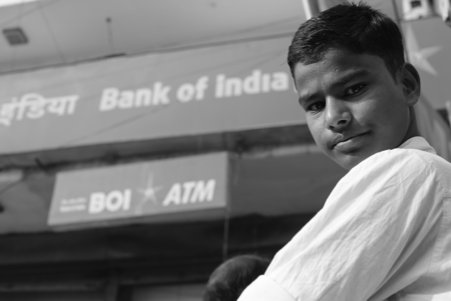 Sachin, a seventh grader in a government school, lives near Andheria Mod in Chattarpur. He doesn’t seem to be bothered about missing school as he stands relaxed in the queue.. For children like him ‘note-bandi’ is not very different from ‘school-bandi’.

A son of a goods vehicle driver, Sachin doesn’t have any bank account himself. He has come to a bank in Chattarpur on behalf of his brother who has his work to attend to. 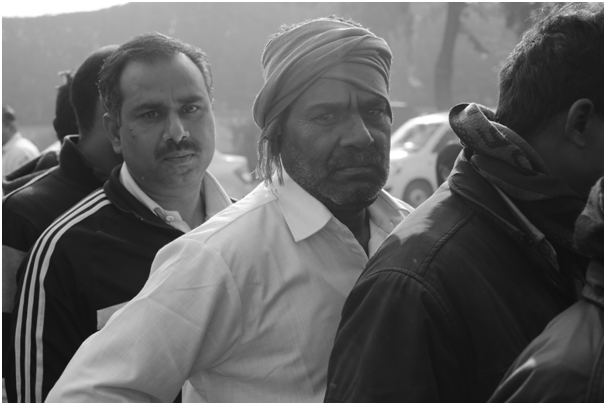 Ramesh, another elderly from Fatehpur area in south Delhi, is waiting in another queue just few hundred meters away from Sachin’s.The bank’s timing starts from 10am but he had to come as early as 4am in the morning to be ahead in the queue. He says he is hopeless because of the attitude of the bank staff. He says that the people also have no idea how much they can withdraw, in a day, in a week. He looks tired and upset. 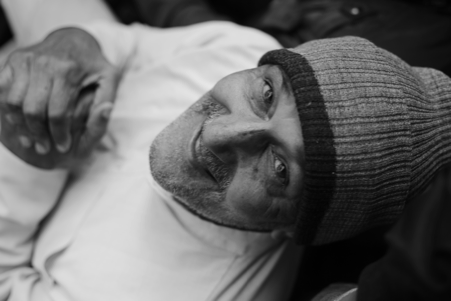 With a folded woollen cap on his head and a walking stick in his hand, Amar Pal, around 65, is sitting quietly on the top of the stairs of a bank. He is a retired farmer by profession and is literate only to be able to write his name. He comes everyday holding a cheque of 24K rupees hoping to make the withdrawal but has failed so far due to the cash crisis in the bank. He still musters up a smile, although he says there is not much to be happy about. 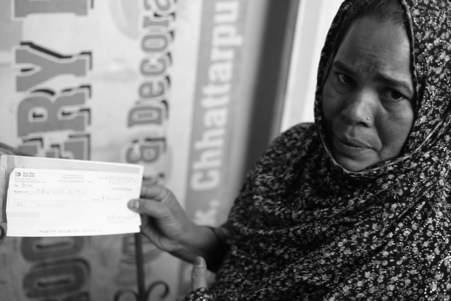 Aliya, is originally from Godda district of Jharkhand. She is in her mid 40s and has 5 children behind her. She runs a chicken shop in her locality to support her family. Her husband also drives a 4-wheeler to add some more in the family income. Like every day, today also she had to prepare tiffins for her three school going children out of the five before coming to the cash starved bank as early as 5 am so that she at least has a chance of taking out some money when the bank opens. 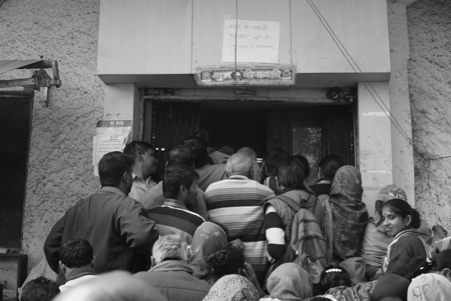 In the crowd, countless eyes can be seen looking at the iron grills at the entrance of the banks. Majority of them know that they have to return empty handed. Still they have no choice. Clashes in the queues are as normal as fake promises, and as endless.