The Violin Player: 'A Film Is Like a Book For Me'

Ad film honcho, the young and strapping Bauddhayan Mukherjee who took his first film Teen Kahon, in Bengali, across the world for festival screenings, is doing the same with his second film The Violin Player, in Hindi. It has already been screened at the MAMI this year, followed by the Kolkata International Film Festival ready to leap into the international circuit in New York soon.

At MAMI, it competed in the India Gold Section which features some of the best work by fresh new voices from across India. The Violin Player is the story of one day in the life of a Bollywood session violinist who finds expression in an unlikely place. The film has only three characters. Bauddhayan’s name first became popular when his Bell Bajao series of ads against domestic violence won the Cannes Silver Lion Award in 2010.

What is The Violin Player all about? Let us hear it from Mukherjee in his interview with Shoma Chatterji

You have said that your meeting with Makhmalbaf, the brilliant Iranian filmmaker at Goa for the IFFI sparked the desire to make The Violin Player. Will you elaborate on the link?

Meeting Makhmalbaf at Goa was honestly not about the birth of The Violin Player. The story was already there and I was in a dilemma whether to make a short film or a feature out of it. That's where Makhmalbaf came in and asked me not to get bothered about the length so early on. Let the film arrive at its length - he had said. That was the push I needed to begin the journey. The process of TVP started without us thinking about the final length of the film.

The script is almost a one-line story involving two complete strangers who meet suddenly, hardly exchange dialogue, share some moments and then go their own ways. Do you leave it to the audience to draw its own conclusion about the film (a) is the entire film a surrealistic dream? (b) is it real? (c) Is it a blend of the surreal and the real?

A film is like a book for me. I love it when people arrive at their own conclusions after watching a film. I will always leave it at that. However it would be interesting to know that the film is partially based on a true story hence part of it is extremely real and for the rest - it is the director's wicked and surreal imagination that takes over. 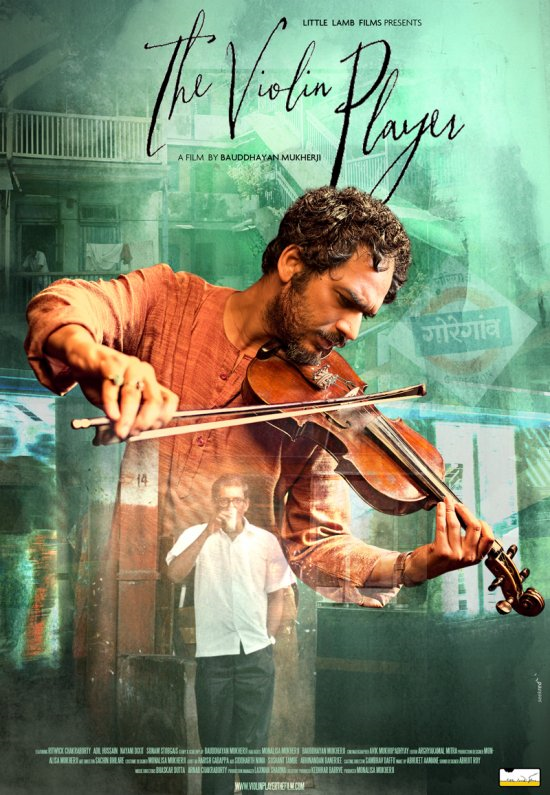 How do you direct? Have script reading sessions with the actors and technical crew? Conduct workshops? Actually show them how to do it? Allow them to interpret? Or, is it a combination of these different elements?

I think a lot. Every word that I write, every mannerism I think of, every pause I conceive of - flow from within the characters I create. Hence, before hitting the floor I do have almost everything thought of... planned to the T in my head. Each character has his/her distinct psychographics, demographics, body language, quirks. I would make an actor be aware of all of these, set the stage for them and then move aside. I would let them behave themselves within the skeleton that I have created. Until and unless they go out of that character I would not interrupt their flow of thoughts. I would only step in when required. We had script reading sessions, we rehearsed at the actual physical space, we marked out the path for actors and then we left it to the actors. It was fun to watch Ritwick and Adil battle it out.

What made you cast Rittwik Chakraborty as the violin player pitted against Adil Hussain who suddenly comes into his life and changes it forever? You have also cast Nayani Dixit, television actress, in the third character. Why?

Ritwick's name was suggested by Arghyakamal Mitra, the editor of the film. This caught Mona, my wife and the producer of the film's fancy and we decided to get Ritwick brings to table elements of despair, poetry, failure, dream - all rolled into one in the character. Honestly, I couldn't have found a better human being to portray the violin player. On a different note, Ritwick's commitment towards the role as an actor was exemplary. Adil was not the first choice. We reached out to him when the first choice actor started having date issues. I have to say that I have no regrets. Adil has been a pillar of strength for The Violin Player. I can't imagine the film without him anymore. What performance, what nuanced undertones. Nayani's was the most difficult role to cast for. I needed someone who would be uninhibited and trust the director. This casting gave me nightmares. I am really indebted to Nayani for agreeing to do the film.

Music in the film is both a character and a metaphor. Which compositions did you use - (a) in the rehearsal room inside the music studio? (b) Inside the dilapidated recording studio where the central core of the film unfolds? (c) Other strains of music - I think ambient music has been used with ingenuity. Will you elaborate?

In the music studio within the film, we used one of our original compositions - composed by Arnab Chakraborty. This had to capture the hollowness of Bollywood background scores which are repetitive and extremely mediocre. Throughout the film however, you hear sprinklings of Marais, Tchaikovsky, Beethoven, Brahms. The last piece that Ritwick plays in the dilapidated building is again an original piece composed by Bhaskar Dutta.

As director, do you allow for improvisations and/or deviations from the script during shooting either for dramatic reasons or for adjustment reasons or both?

Being a puritan, I tend to fall back on the script which ceases to remain just a collection of words for me - it is where I have poured my heart out to create what I have, tweaked the drama to my liking, where characters have fought with me constantly and almost everything has been born out of a method to the madness. I would improvise possibly while executing but would never give an inch away from the thought of the script.

Since by your own admission, the film is neither a full-length feature nor a short fiction film with 74 minutes of running footage, how have you planned on theatrical distribution of the film?

We do not have any plans of a theatrical release right now. Possibly, we may have one next year. Honestly, I am not too fussed about it. We are having a glorious festival run right now... our calendar is blocked till April next year. In between however the film will be on Netflix. After that we would possibly sit down to figure out if we need a theatrical distribution at all.

Are you open to suggestions from your actors and/or your technical team?

Of course I am. That's what advertising film making teaches us. You co-create. But thankfully, features are different because the final veto lies with me.