21st International Film Festival of Kerala: Filmmakers Portray Stories of Migration From Across the World

A special section on Migration composed of carefully curated films that tackle migration in different forms, across the world map, across cultures and language was part of the 21st International Film Festival of Kerala. In a world spilling over with Syrian refugees dying by the hundreds while trying to escape the terrors of living in a hostile country makes migration a significant theme for films.

Migration and forced displacement are no longer a state of mind or fuel for filmmakers trying to romanticize the terrible human tragedy that violates all principles of human rights but a physical reality of the contemporary world. Says Paolo Bertolin, a festival programmer, film critic and producer who works with the Venice International Film Festival, “The harsh political debate surrounding the refugee crisis in Europe, as well as the controversy over the ‘porous’ border between the United States and Mexico, has fuelled some of the most heated and divisive political campaigns in years, on both sides of the Atlantic.”

The eight films chosen for screening in this section hold a realistic mirror through fiction and fictionalised stories on migration where the filmmakers have tried ideally to allow the narrative, often rooted in factual events and people to dominate the narrative and left these to spell out their statements on celluloid instead of dominating the script and letting their personal/political opinion/agenda to colour the stories. 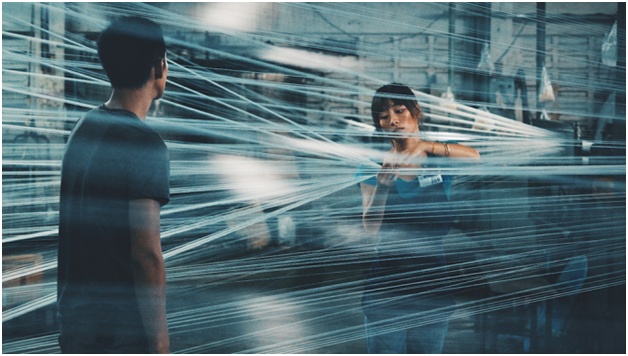 The first one that comes to mind is the Egyptian film In the Last Days of the City that marks the directorial debut of Tamer El Said. The director makes the film part documentary, part fiction and in a manner of speaking, self-reflexive too as it tells the story from the point of view of the protagonist, filmmaker Khalid (Khalid Abdalla) who, as the film shows, is not quite sure of whether he wants to make a documentary or a fiction film on the changing ambience of the city of Cairo from 2008 to 2015. The film has been shot extensively across Cairo, Baghdad, Beirut and Berlin.

The film keeps moving from the personal to the psychological and emotional to the political without cutting one from the other till all the layers blend and merge in which the city of Cairo emerges as the real protagonist.

In the Last Days of the City won the Caligari Award as the Best Film of the Berlinale Forum 2016 among others. Khalid’s journey begins when his father’s passing away triggers feelings of nostalgia about his early childhood alongside his broken relationship with his girlfriend who is planning to migrate. His quest for a flat for himself in Cairo forms the main narrative thread with his discussions, arguments and debates with friends from Egypt, Iraq and Lebanon also struggling to find their roots in some place they can call ‘home.’ 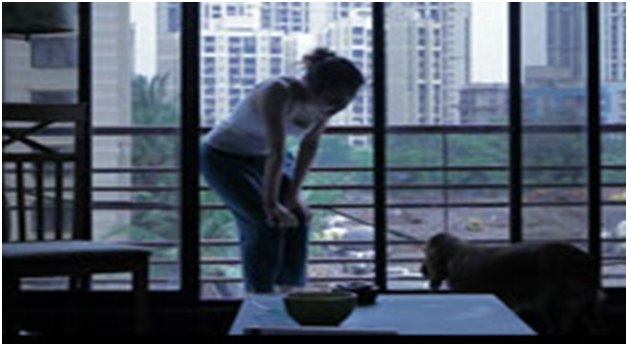 Parting, from Afghanistan-Iran is the debut feature of Navid Mahmoudi who has made several documentaries before this film and is himself a migrant who, originally from Afghanistan, relocated to Iran when he was just a boy. The irony of the film’s screening is that Mahmoudi could not be present at the film’s screening at the festival because he was denied a visa to India! It is basically a love story deemed to parting forever though they both are Afghans. Fereshteh is compelled to migrate to Iran from Afghanistan while Nabi, the young boy, plans to cross the border illegally with his girlfriend through Turkey towards Europe in search of a happy future.

Fereshteh elopes with a few clothes but in the end, Nabi decides to go it alone because he understands that it will not be safe to take a young girl along on his arduous journey which may not take him to his destination at all. The film is more about those who are stranded than those who have managed to move: Set nearly entirely in the Iranian capital of Tehran, it is an exemplary and lucid celluloid statement on migrant lives in limbo.

The film suffers from some elements of melodrama and repetition that dilutes the otherwise brutally realistic content of the film dotted with sudden deaths while sailing across to Europe, or, people making fast bucks out of illegal immigrants or having them either beaten up or killed if they cannot shell out the money demanded and so on. 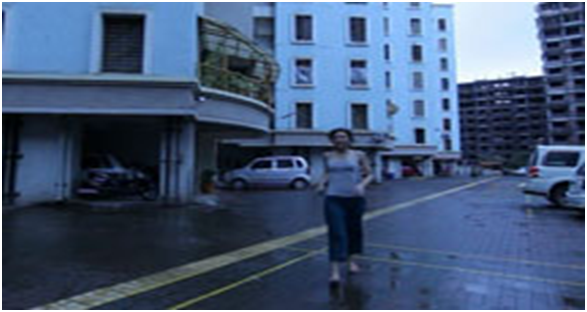 The English-language Soy Nero directed by Rafi Pitts follows a similar storyline that narrates the lives of two half-brothers trying to escape from Mexico to the US defying the fiercely guarding border patrol. They are convinced they are Americans and this illusion leads them to a life of mistrust, marginalization and oppression of different kinds.

While the older brother Jesus makes his peace with the job of a servant in an affluent family with his girlfriend, a maid in the same house, immune to the humiliation, Nero tries to enlist with the US Army as a Green Card Soldier introduced under George W. Bush under the project DREAM (Development, Relief and Education for Alien Minors) which allows undocumented children of immigrants who grew up in America to earn full citizenship by serving in the US military. But does this really help the 17-year-old Nero?

Rarely does one get to watch a film on migration and its evils and struggles from Myanmar, Thailand and so on. We do not really know what is happening there with the residents and immigrants who wish to flee into what they think are greener pastures. Taiwan-based Burmese filmmaker Midi Z’s Road to Mandalay that bagged the Fedeora Prize for Best Film at the Toronto International Film Festival offers us a fascinating glimpse into the unprecedented tragedies of immigrants from fellow immigrants who have crossed the waters of Myanmar not for a better future but for sheer survival needs of self and perhaps, the families they leave behind. 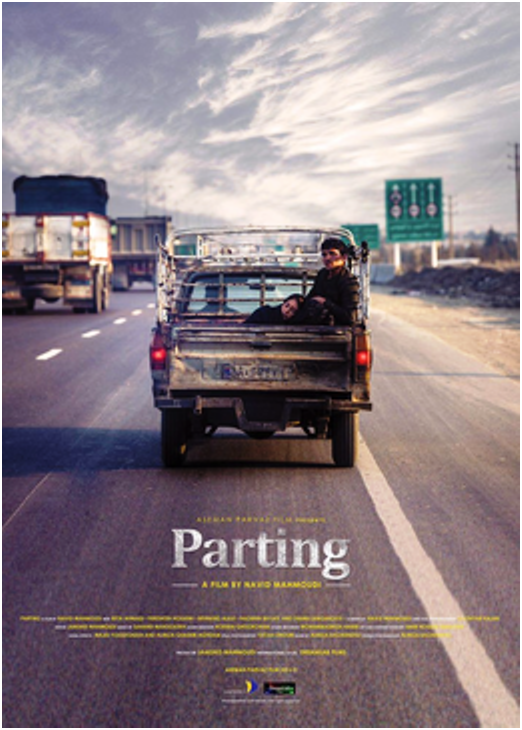 The two protagonists Linaquing and Guo ferry across the riverbank on the Thai border to the other side to get onto a packed van which carries passengers also in the dickey towards Bangkok. It is centred on the evils of people-smuggling across borders coupled with dangers from fellow immigrants who may suddenly turn violent without rhyme or reason. It is a razor-sharp film undercut with a lyrical beginning on the river as the boat glides softly across its quiet waters. The dramatic climax takes one both by shock and surprise that underlines the tragic reality of the whimsical nature of the human spirit. The lack of dialogue and the eloquent acting by the two protagonists make the film a watch-worthy one.

Italian filmmaker’s Gianfranco Rosi’s Fire at Sea is a documentary and not a fiction film. This film is the official submission from that country for the next Academy Awards. The opening of the film unspools shocking number of deaths and forced migrants such as 15,000 deaths and 400,000 migrants. The scene then cuts do lyrical images of peaceful and beautiful mise-en-scene that again cuts to giant radio antennas captured in movement against the backdrop of grey clouds floating over the wavy waters of the sea.

This sort of belies the shock of the opening figures. But the peaceful appearance is as deceptive as shocking in the brutal reality of human tragedies in a modern world where technology has failed to deny human beings their inherent right to strike roots. The director avoids a narration and focusses his camera on his subjects – ordinary people in the far-off island of Lampedusa, the first port of landing for African immigrants on their courageous way through the Mediterranean Sea to Europe. Lampedusa is the largest island of the Pelagie Islands in the Mediterranean Sea. Its closeness to Libya makes it a relatively desirable landing point for African and North African refugees fleeing from wars, unrest, and starvation on that continent. .

“We drank our piss to survive,” wails one of them who is proud and miserable at the same time. A doctor who treats these people one by one, carefully doctors them, constantly reeled by the shock of the experience. The sea is omnipresence, cinematically, narrative-wise and metaphorically, ready to deliver new shipments of humanity.

Kamal K.M.’s sole Indian entry I.D. (2012) is a deep exploration into the identity crises and the persistent fear of losing it offered from the perspective of the confused and diverse immigrants who arrive in Mumbai in search of survival, of a livelihood and perhaps, a better future that includes unrealised dreams. Many of them end up with an anonymity they did not bargain for and feel lost in the vast jungle of humanity which makes them question, as the film shows, whether they were better off back where they came from or whether they will finally find their identity at all or lose it entirely.