C'mon Hollywood Do a Dangal On The Williams Sisters!

“I had planned their future, two years before they were born” - Richard Williams

On Saturday, when Serena Williams made history at the Australian Open Tennis tournament by defeating her elder Sister Venus to win her record 23rd grand slam, one person was missing in the family box of Williams - their father Richard Williams. The father of two great daughters, who together have 31 Singles Grand slams, numerous Doubles Grand slams and Olympics golds between them, was absent due to illness.

Serena Williams recently said about her Dad “He’s been the most important person in my career, I miss him all the time. I call him. He watches my matches. He still tells me things that I’m not doing right.”

For the sisters incredible journey, Richard Williams has not just been a cheering father. He has been a coach and a visionary who wanted to make their children world number one even before they were born. All this at a time during the civil war in US where Blacks were treated inhumanly.

Richard Williams’ biography - Black and White, The Way I See It provides an extremely stirring and inspiring story of a poor sharecropper abdicated by his father, living his life in 1940s —— surviving constant attacks from gang members and white supremacists like Klu Klux Clan. The narratives of Richard’s struggle would often send shivers through the spines. In his childhood, Richard sees his fellow African American friends getting hanged or run over by car for petty reasons. He steals for survival, eats meat full of maggots to kill hunger, gets abused every day and yet has a Mom who tells him to remove prejudice of white men from his mind and shapes his life.

Watching a Romanian player receiving a check of $40,000 on TV as prize money for Tennis match victory, Richards decides to learn this game and make their would be children tennis star. 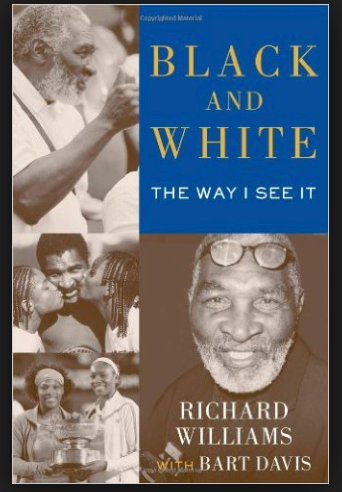 make a compelling story for a Hollywood biopic. Isn't it? But not to be.

It was disappointing to see a seemingly liberal Hollywood deciding to ignore the Williams’ story so far.

A coach father who takes their two daughters to ultimate glory through trying times?

Sounds exactly like a similar plot of a latest Bollywood film Dangal. This Hindi film showed a father Mahavirsingh Phogat’s incredible journey of turning his two daughters into top international wresters Aided by superlative performance from lead stars including Amir Khan, the film has become highest grossing film ever of the Bollywood. Released on Dec 21, 2016, the movie collected $30 M overseas with its India collection at a whopping $57 million — the film still running in its week 6.

The success of Dangal lied not just in the performance of the lead actors but also a purity of the presentation that illustrated village life that abhorred seeing girls fighting it out with boys much less play wrestling. Like all other sports based movies, although the end was known, a powerful narrative made people throng theaters not once but many times.

In India, Dangal movie has become a hallmark of women empowerment — although there is some criticism of the fathers forcing his wish on the kids . A New York times movie review of Dangal titled A Father’s Dreams, Recast by His Daughters in ‘Dangal’ opened with a line “Let it never be said that if you’ve seen one inspirational sports movie, you’ve seen them all.”

The Phogat sisters are still actively playing. So it could be argued that it is never too early to make film on sportsmen that inspire generations to come. Thankfully, Amir Khan, the producer and Actor had that audacity and conviction to make film.

In the Williams’ case, America had already seen top-class Womens tennis players in Martina Navaratilova. Even today US has 10 players in the top 50 including C. Vandeweghe who was reached last 4 in the 2017 Australian open. But nobody could ever match the struggles that the Williams family had gone through. 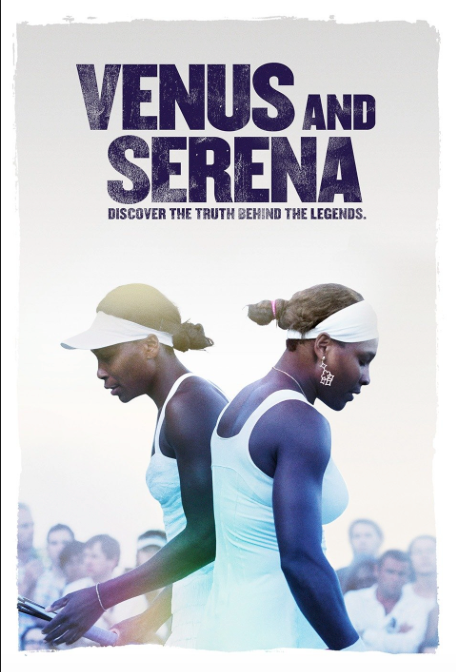 Hollywood has made many sports based movies like Karate Kid, Million Dollar Baby, but very few biopics based on sportsperson — like Ali, a movie on the biopic of Boxing legend Mohammed Ali.

What the Williams have so far is a documentary known as Venus and Serena and couple of books but not a film. The Dangal movie greatly helped bringing Phogat sisters in the mainstream and make a household name. Williams sisters are household names too but need a movie to showcase the family’s struggle.

Both Venus and Serena have undergone major health issues that threatened to stop their career, a murder of their half sister and many more things, thus making their resurrection even more noteworthy. 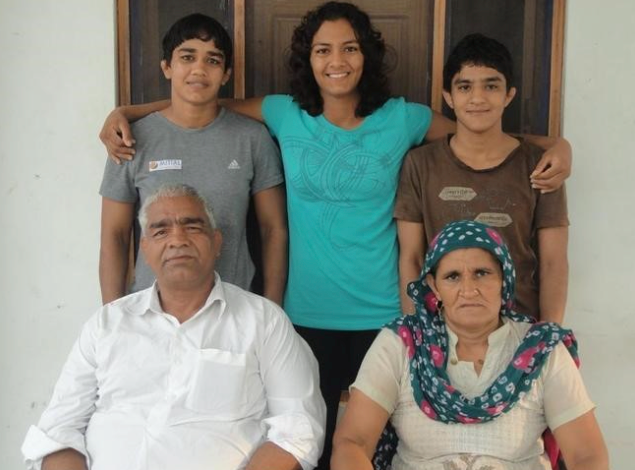 Although the Phogat and Williams sisters warrant no comparison but a simple juxtaposition reveals a lot. While the Phogat sisters faced patriarchy and misogyny while playing the sports that was famous for being masculine, the Williams faced both race and gender bias. In the top of their form during 2005, a close friend once told me “The women tennis is not graceful anymore, with Williams sisters, its just power and I do not like to watch it now.” The rant had subtle racism in it for never before the world had seen black tennis players on the court.

The Williams sisters have been subject of racism often. Serena Williams in her biography writes — "all I could see was a sea of rich people -- mostly older, mostly white -- standing and booing lustily, like some kind of genteel lynch mob.” During their Indian wells tournament, local crowd booed Richard Williams for allegations of fixing by pre-deciding which of the sisters would win. This turned out to be total rubbish.

Richard and Mohavir both defied societal norms but Richard’s early life was much difficult than Mahavir. While Mahavirsingh Phogat was born in a Jat family — a powerful Farming community and had a father who was a wrestler unlike a poverty-stricken Richard who had no history of tennis in his family. Mahavir’s aim was winning medals for the country, but —Richard wanted fame for his children and prize money.

Yet Richards’ struggle appears multi-fold compared to Mahavirsingh. The Phogat sister brought glory to the country and inspired scores of Women with their Gold medal in Commonwealth games, Williams sister have been world champions in all forms — whether it is Grand slams or Olympics.

Arther Ash, first African American tennis player to won grand slam thrice was born around the time Richard was born —perhaps in a slightly better family than Richard —was another sportsman that should have featured in a movie but all he got was a Tennis stadium named after him and a posthumous Presidential Honor of freedom in 1993.

Serena and Venus both deserve much more respect and admiration than they currently get. Serena Willams’ unattainable record prove that she’s not just the greatest female tennis players or all time, but arguably the greatest sportsperson of all times - Male or female.

Hollywood, you have always celebrated diversity both in your industry and in the movies — although there could be further room for improvement. Only you could produce a marvelous piece called Crash that depicted delicate race relations. And yet Bollywood, who is still years behind you in diversity, could produce a Dangal and make it biggest hit of the Industry.

Hollywood, please read Richard Williams’ book Black and White, the way I see it, and start working on the film, before it’s too late.