Cycology: A Remedy For Mental Health

‘Nothing had worked for me; at 35 is when I first received proper treatment. I literally had to check myself in. 2014 I had a breakdown, but I have little recollection since I received ECT (electro – convulsive therapy), one of the side effects of which is memory loss. Its 2017, and I still cannot recollect a lot of 2014.

In 2015, I stopped medication because it wasn’t working for me. As in, it did have the desired effect, it calmed me down and I wasn’t experiencing mood swings, but it had terrible side effects on my liver and kidney, like any other medication. For months and months together I had continuous diarrhoea. I couldn’t take it anymore because I couldn’t go anywhere or do anything, so I stopped medication.

Once I stopped the medication I was wondering what to do; people made clichéd suggestions like exercise and get a routine, but then I hate going to a gym! I didn’t know how to sort out my head and I really wanted to. Around the same time my partner got a cycle and I thought I want to get one too. We would go cycling around where we lived and it made me feel good, so I wanted to do more and more. The third day of cycling, I cycled 50kms, but knew I could do more and ended up doing 100kms ’ tells us Rohan Sabharawal, a filmmaker, cycling enthusiast and co-founder of Crayon Impact, a social enterprise working on issues of disability, mental health and gender.

Having lived with bipolar disorder for nearly two decades, Rohan has found great comfort in cycling. Wanting to take his new found passion for cycling and interest in mental health issue, Rohan, beginning on the 1st of February will embark on a 2,500 km journey, from Maharashtra to Goa, Kerala and Karnataka, on his cycle, with the aim of raising awareness on mental health issues in India’s grassroots communities, through film screenings, discussions and engaging with communities in open discussions. He will be living on a daily budget of less than USD 1.50/day and will be camping in tents or living in houses of members from the community. 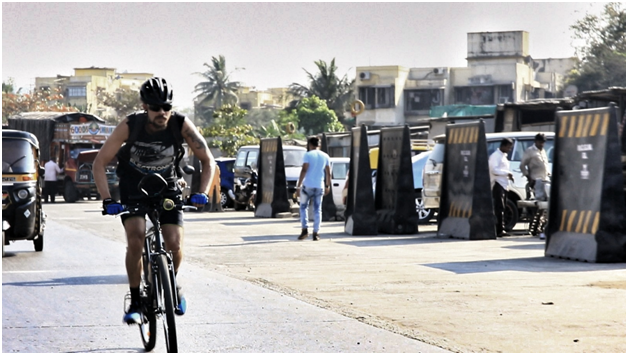 He has teamed up with Bombay Berlin Film Productions, who will be sponsoring and filming the 22-day journey. The documentation of journey across four states will be brought out in the form of a first of its kind web series titled ‘Spreading Cycology.’ The series will have four segments, capturing his travels across the country and the first segment will be released in April this year.

Asked about what to expect from the series, Rohan says ‘we have planned meetings in places like Ratnagiri and Goa, but I want to keep a lot of it open. I know in some places people may not be willing to open up for whatever reason, and this is understandable. I don’t want to force people into talking to me. Fortunately, I am not under any pressure from my producers and they have given me the freedom to find my own way around the subject, which really helps since it encourages me to do away with preconceived notions and truly present relevant stories or perspectives in the series sans bias and without the need to promote or dispute a variety of methods that may be used to deal with problems relating to mental health. So I come to what I said before, I don’t know where this will go, I will be able to tell you once my expedition ends in Bangalore.’

For those who are curious, here’s the trailer of ‘Spreading Cycology’

(The Citizen will be in conversation with Rohan again after he completes his 22 day journey, to know more about mental health in rural India and his journey of ‘Spreading Cycology.’)