Foreign alignments apart, the domestic policies that the Taliban will follow is a cause of great concern within Afghanistan. Women, in particular, are terrified as are Afghan journalists who have been working for foreign publications. The western media has featured many individuals expressing this fear, and deep concern for their families and those who have not been able to get away.

Perhaps the most telling remark came from the Taliban spokesperson Zabihullah Mujahid at a press conference where, when asked what was different about them today as against 20 years ago he said, ““If the question is based on ideology, and beliefs, there is no difference... but if we calculate it based on experience, maturity, and insight, no doubt there is marked difference.” And added,“The steps today will be positively different from the past steps.”

The maturity and experience is evident in the Taliban efforts to continue talks with different governments (https://www.thecitizen.in/index.php/en/NewsDetail/index/6/20782/Steps-Today-Different-From-the-Past-New-Global-Order-Emerges-Around-the-Taliban) and its effort to slow the hand of those who are keen to bring in the Taliban code of conduct within the country. The Taliban is currently trying to project itself as a thinking entity, given to international considerations, and willing to walk the mile for peace.

However, the real difference between rhetoric and action will be visible first domestically. Mujahid’s clarification that there is no difference in ideology and beliefs is important as it will determine the social policies. It is true that over these 20 years the Taliban has acquired a wider representation with Tajiks and Uzbeks and even Hazaras part of its profile. It is known to those who were based in Afghanistan that the Taliban had spread itself into the provinces for some years now, not as militia necessarily, but as groups that lived and worked with the local populace. This is one of the primary reasons why the Taliban was able to move with rapid speed through the towns, mostly peacefully, as the resistance had been diluted one, because of its cadres close mesh with the locals; and two, because of the US and its Presidents who had worked to contain and eliminate the regional leaders.

It has also moved away from Saudi Arabia over these years, with barely any recorded visits of Taliban leaders to the country that is close to the Americans despite its barbaric actions and which continues to export its brand of religion aggressively. The Taliban has now stated that it has nothing really to do with the Saudis, and that it follows its own independent ideology and beliefs. The Taliban has also distanced itself from the UAE.

However, the cadres and a large section of the leadership does not believe in equality for women and this is perhaps the one community that will bear the brunt of this change in power. The veils are back, women have disappeared indoors, as ground reports suggest, and it has become an eerie wait for the Taliban to reveal its hand. So far Mujahid has maintained that women can go to school ( a shift from early days) and work. But given the fact that the Taliban now consists of several shades of gray and black it remains to be seen whether even this little is allowed.

It must be understood that Afghanistan under the Americans, and now will not enjoy democracy in the accepted sense of the word. The US brutality in the provinces is well known and recorded by independent journalists. West Asian ‘democracy’ has always fluctuated around the leadership in control and if consistency is taken as a criteria then women and dissenters and journalists have perhaps paid the worst prices through the years in Saudi Arabia.

The Taliban has been brutal and barbaric during its stint in power before 2001 when the Americans moved in. This ‘maturity’ that Mujahid referred to might or might not stay its hand, but let it suffice to say that independent journalism to the little extent it had appeared will be under threat as will the women. The Taliban has sought to allay these fears, and that is a big plus, by the statement on women and with Mujahid giving his first interview to a woman anchor of TOLO news. This is Afghanistan’s first 24 hour online and television news channel and till today at least has been carrying the flag of independent journalism.

The most that can be expected from the Taliban that comes from rustic and tribal Afghanistan is restraint insofar as attacking women is concerned, and intolerance to dissent. And this more in Kabul than elsewhere, to basically showcase Afghan’s capital for international acceptance and aid.

But then given the pulls within, this little modicum of restraint can evaporate within moments, days. And it will take a lot from the leadership to ensure that a code of behaviour giving respect to women and what have been the Taliba’s target groups in the past,is brought into play. This will depend on how convinced the leadership itself is of this approach and its ability to control the power play within.

The veil will be there as it is in most countries across the West Asian region so it will be a bit stupid for journalists to report the country outside its own ethos; women will not be guaranteed complete equality as the version of Islam practised by the Taliban is more fundamentalist and regressive (unlike in Malaysia and Indonesia and even Syria where women have full rights); but if the new Taliban is to be taken at its word they will have rights to education and jobs. This can be a beginning but its early days yet, and the promises can well disappear into thin air under pressure of governance.

Similarly the good intentions of the media will probably be the first to evaporate as dissent is not even acceptable to supposed democratic governments, let alone the Taliban that functions by diktat. If this line is crossed then the journalists will face real danger, or toe the line as it were. The Taliban, like autocrats, will create its own propaganda and dispense with the media altogether.

Dissent of course, has little space in autocracy. The Saudi Royal Family has made consistent example of this, with the brazen murder of correspondent Jamal Khashoggi being a natural corollary of this hideous approach.

What can be expected from the new Taliban is restraint, more tolerance, and less violence at best. To this can be added a list of no targeting of individuals, fewer arrests, and even fewer executions (unlike the last time). It will probably manage corners to ensure that it meets some global parameters of human rights, and thereby ensure aid, no sanctions, and diplomatic acceptance. But then there is a possibility that this will be temporary if at all, and the Taliban with its unchanged ideology might just find it is not mature and experienced enough to meet the challenges of governance. 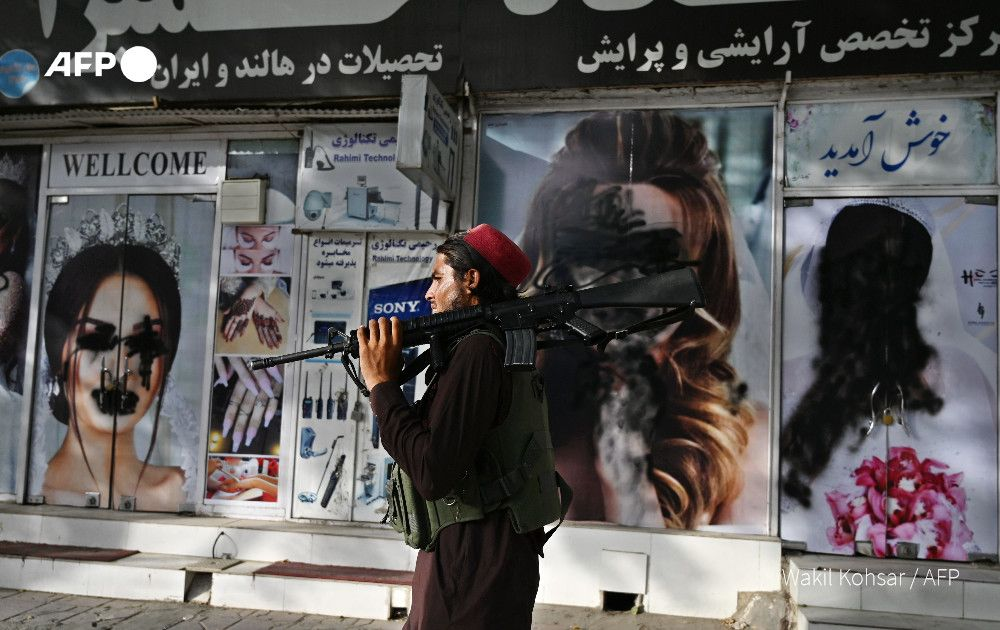